DO NOT MISS THESE HILARIOUS EUROPEAN COMEDY “OPEN VIDEO LETTERS” TO TRUMP: THE WORLD IS MOCKING HIM AND IT’S FUN! 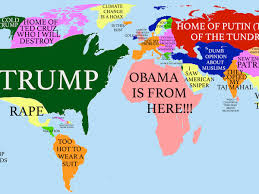 Trump’s antagonizing the people of the world. Last week, the Dutch (the Netherlands) offered an “official” welcome video, using Trump’s own words. It became a global hit. As their saying went, “America First, The Netherlands Second!”

Now Switzerland, Denmark, Belgium, Portugal, and Germany—where citizens’ trust in the U.S. has eroded to a record low—all want to get in on the Trump trolling, too. Enjoy!

February 3, 2017 read this terrifying news release from media matters, a most trusted news source combating fake news about our slide to outright white supremacy overtaking the Trump White House by stealth and overtly too
Recent Comments
0 | Leave a Comment
Browse Our Archives
Follow Us!

5 Ways to Add More Stillness to Your...
You’re at home now. You’ve probably been at home for several weeks,...
view all News and Politics blogs
What Are Your Thoughts?leave a comment
Copyright 2008-2020, Patheos. All rights reserved.