Imagine the HORROR of Trump-The-Untrustworthy Offering “Comfort” To Grieving Americans after a Terror Attack or Other Tragedy March 23, 2017 Frank Schaeffer

When President W Bush sent my Marine son to war three times (2003-2004) I thought Bush was a fool, but not a dishonorable person. I wrote this in the Washington Post:

Before my son became a Marine, I never thought much about who was defending me. Now when I read of the war on terrorism or the coming conflict in Iraq, it cuts to my heart. When I see a picture of a member of our military who has been killed, I read his or her name very carefully. Sometimes I cry.

President Bush read the piece and wrote to me. The First Lady went on Meet the Press and read an excerpt. Then I got a note from President Clinton, who also had read my op-ed. I appreciated the letters, though I believed that Bush was very wrong about the war. But Bush was not a dishonorable sociopath egomaniac. Had my son died I would not have felt slimed if I’d received a condolence letter from him.

I pity the mother of a slain warrior, or the father grieving for a child after a mass shooting when they feel the slimy embrace of the P—y!-Grabber-Trump-Pal-Of-Putin-Freind-Of-Assange-Habitual-Proven-Liar. With Trump as “president” this craven study in dishonor all the nation will be able to offer those parents by way of solace.

Something bad has happened on every new president’s watch.

Something will happen to Trump. When something happened to Theresa May and to the UK in the terror attack in London on March 22, 2017, there was no reason to disbelieve her statement of sympathy for her people. The question will be asked if the man who lied about everything else is lying again when he responds to such inevitable tragedies.

When that something happens, it’s inevitable that Trump will need to say, Trust me on this… Who will?

SUBSCRIBE TO MY BLOG
Receive notifications of new blog posts by email.
http://frankschaefferblog.com/2017/03/imagine-the-horror-of-trump-the-untrustworthy-offering-comfort-to-grieving-americans-after-a-terror-attack-or-other-tragedy/

March 22, 2017
There’s Only One Way the Democratic Party Can Win Back the White House and Congress: Toss a Lit Match into the Gas Can of Trump Voters’ Perpetual Anger
Next Post 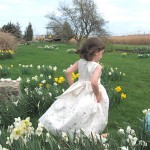 March 27, 2017 Here's What I’ve Learned from the Experiences Offered by Life In General, And by Fatherhood and Grandparenthood In Particular: Beauty Matters More than Career
Recent Comments
0 | Leave a Comment
"Except that Rapture is not mentioned anywhere in the Bible, or in any other source ..."
Starsatyr Tim LaHaye is dead but his ..."
"Good article, but I believe a tad outdated now 4 years later. While the Moral ..."
Kirk Leavens An open letter to the Republican ..."
"Praying deconverted me. So yes, Christians, keep praying."
Captain Cassidy Evangelical and/or Post-Evangelical Christianity, “Progressive” or ..."
"ALL Christians voted for President Trump. On NOV 8 2016 the choice was do you ..."
Dry Loop The Case For Impeachment Grows
Browse Our Archives
get the latest from
News and Politics
Sign up for our newsletter
POPULAR AT PATHEOS News and Politics
1

Reincarnation & Plays
Imagine that you're in a play - and all the people in...
view all News and Politics blogs
What Are Your Thoughts?leave a comment
Copyright 2008-2021, Patheos. All rights reserved.
error: Content is protected !!