Trump has spent his lifetime defining the word grifter as synonymous with his last name. Here’s how the dictionary defines it:

We’ve been taken over by a family of grifters. Literally.

For anyone who bought into Trump’s populist talk about taking on a “rigged system,” it’s time to admit you’ve been conned. The Trump “presidency” is emerging as the most closed, corrupt and undemocratic on record. It is for by and of his family clan and a few other billionaires. The message to the rest of is get lost!

Trump’s family is digging into the trough of Federal connection and money as if the US Government is the Trump clan’s private piggy bank. Even people on the far right are noticing…. READ THE REST HERE (and watch the video) 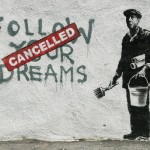 April 17, 2017
Trump and the Republican Party Are Selling Your Internet Privacy at a Corrupt Level That Stuns
Next Post

April 21, 2017 What’s The “Conservative” Response Been to the Rash of Fox News-Sexual Predators? Silence.
Recent Comments
0 | Leave a Comment
"Agreed, Trump just used christianity to try and get the votes from the strong christian ..."
Rick James Evangelical Authoritarianism and Fear in America: ..."
"Except that Rapture is not mentioned anywhere in the Bible, or in any other source ..."
Starsatyr Tim LaHaye is dead but his ..."
"Good article, but I believe a tad outdated now 4 years later. While the Moral ..."
Kirk Leavens An open letter to the Republican ..."
"Praying deconverted me. So yes, Christians, keep praying."
Captain Cassidy Evangelical and/or Post-Evangelical Christianity, “Progressive” or ..."
Browse Our Archives
get the latest from
News and Politics
Sign up for our newsletter
POPULAR AT PATHEOS News and Politics
1

The Secret Teachings of Jesus
What if we got the true message of Jesus wrong? What if...
view all News and Politics blogs
What Are Your Thoughts?leave a comment
Copyright 2008-2021, Patheos. All rights reserved.