How Do You Love the Gay or Lesbian in Your Life? 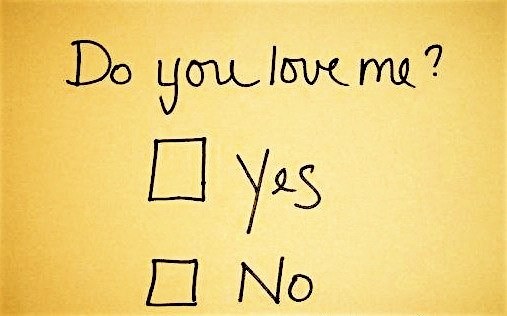 “The outstretched arms of Jesus exclude no one, not the drunk in the doorway, the panhandler on the street, gays and lesbians in their isolation, the most selfish and ungrateful in their cocoons, the most unjust of employers and the most overweening of snobs. The love of Christ embraces all without exception.”  Brennan Manning

Someone you love is gay – now what? You know your job is to love, but how do you do it?

In Jesus’ last couple days on earth, He’s having dinner with His guys — a pretty somber time. Just days before His crucifixion, He’s preparing these guys to go on without Him. I give you a new commandment, He says. Just as I have loved you so should you love one another. These are His parting words, and He says, Love one another.

What does it mean, As I have love you? How did Jesus love them? By embracing them. By directing people to Himself. He offered living water. He said that He is the way. He did not correct behavior directly. I know, Christians always point to the woman caught in adultery because He said, Go and leave your life of sin. The point of the story is His redemption. Why aren’t we pointing out that, in fact, He let her go? A capital crime, punishable by death, and He ran off her accusers. I could say much more about that story, but the point is not the parting remark, which really means, You don’t have to live this way. Because people don’t really up and leave a life of sin, do they? Not usually. Sheer willpower does not work well — we see that every January by the New’s Year’s resolutions littering the side of the roads.

No, the example He gives in His interaction with people is that you grow in Him, you know Him more fully, and that stuff that does not suit you falls away. I used to read Nancy Drew as a teenager and someone asked me, “Aren’t you too old for that?” And my wise friend said, “When she’s too old for it she’ll stop reading it.” It was a beautiful trust in unfolding maturity. I also no longer wear clothes I wore as a teenager – they no longer suit me. When you grow in Christ, whatever does not suit you falls away. It stops appealing to you. Isn’t that the beautiful way that Jesus offers us for real transformation? Jesus does not focus on our sin. He focuses on our relationship with Him. Why in the world are we so focused on sin, particularly other people’s sin, instead of relationship with Him? Point people to Him! We do not have to slog away to stop sinning. That never works. Only life in Him brings out in us the best we’re meant to be.

I understand the compulsion to appeal to your gay loved one to change, what with the church breathing down your neck, but such an emphasis is potentially very harmful. (We saw that in Ryan’s story.) And Jesus never told us to do it. I have a much better idea. If you are convinced they are in error, send them to Jesus! If anyone can change them, He can. If He doesn’t, why do you think you should? Let’s refer them to Jesus, and let Him direct as He wants to direct. If you’re wrong about this being changeable or about it being a sin, then it’s better if you don’t direct that person.

We’ll talk more about “ex-gay” ministry, and more about what is sin. Meanwhile we have a lot to focus on just loving each other. Jesus did not say in His final time with His closest friends, I give you a new commandment, love one another, and tell people not to sin. No! I know we have Paul dealing with the church that we use as example, and there’s much more to say about that — about context and dealing with specific issues, and writing to community, and in answer to their questions. (We’ll get to all that.)

Jesus loved people by showing them who He was and their lives were transformed. We need to drive people to Jesus, and let their lives be transformed. And we need to remember that transformation may not look the way we think it should look. And consider that more often than not, we are wrong about how someone else needs to look.

We must be very careful as amateurs messing about with people’s lives, when Jesus said to send them to Him. He doesn’t do behavior modification like we do; He transforms lives!

CLICK HERE TO READ “To Christian Parents of Gay Children.”

"All People Are Holy": The Theology...
Mercy Not Sacrifice