The Woman Forgiven for Adultery 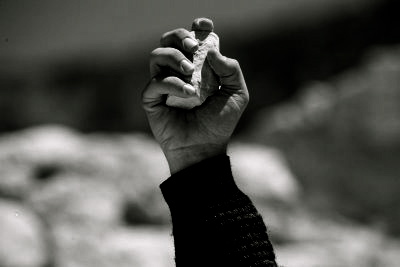 Remember the story of “Jesus Scattering Townspeople and Self-Righteous Men in the Name of Mercy and Justice”? Oh right, you may know it as, “The Woman Caught in Adultery.” I love that Jesus instantly knew the hearts of everyone involved. I love how Jesus never falls for any of it. I love that He lets her go!

It seems we rarely marvel at the whole picture of what is going on here. Instead – out of the entire story – many focus on Jesus’ parting words, translated, “Go and sin no more.” It’s also been translated to the softer, “Go and leave your life of sin,” but that doesn’t quite get it either. Instead, the translation I learned as a young Christian captures the heart of the situation and Jesus’ heart for people.

Jesus was not admonishing her to go do better, but inviting her to life, to His life. His message to this woman is, in essence: “You don’t have to live this way.” That is, “I offer you so much more than anything you’ve ever known.” This is true for several reasons.

First, let’s take a look at the setting: this woman had just been caught in adultery – most likely by the men who set it up to entrap Jesus (notice the man involved was not also caught). This is certainly not the first time they put their heads together to concoct a plan to bring Him down.

She is dragged out to the public square as an adulteress. Before Jesus. Before the crowd. Naked. Can you simply imagine the shame? I shudder to think of it. She knew that the consequence was to immediately be stoned to death.

Jesus then does the remarkable. Obviously stuck, obviously backed into a corner by these clever men who have succeeded in entrapping Him, Jesus has absolutely no way out. No way. Until He opens His mouth.

“You who are without sin cast the first stone.” The crowd is stunned. Flummoxed. This is not the way these situations were dealt with… ever. It takes a minute, but slowly the older men and then the younger ones drop their stones and turn away (most likely with guilt of their intended entrapment ringing in their ears, in addition to who-knows-what other skeletons they had hidden away). Only Jesus could have given such a mind-boggling response. Time and again in Scripture, Jesus circumvents their yes-or-no questions and gives an answer they never thought possible.

Then He turns to the woman. “Does no one condemn you?” “No one, Sir.” “Neither do I condemn you.” What?? You don’t? Why not? You have every right to condemn me under the law. Isn’t that what You do? Apparently not. But why not? That is part of the key to the puzzle of His following remark.

If Jesus used “Go and sin no more” as a mandate to go and rid her life of any sinful thought of action, He would have implied some condition, even though it came after her release. Like the policeman who lets you off with a warning might say, “Now, keep your speed down.” (Not that I have personal experience with this one…) The implication is, “I’m going to let you off this time, but don’t push your luck – and get out of here before I change my mind.” (That’s often the feel of, “Go and sin no more.”)

The trouble is, nobody goes and sins no more. Everybody sins and sins and sins. If she had the power to meet her own needs, or rid herself of her own sins, she would not have been tricked into this in the first place. Forget the heart, this interpretation would say. Forget dependence on God and just change your own behavior. But this is a fragmented concept, as if real change comes from the outside in, instead of inside out. Jesus always starts with the inside.

Further, if we think Jesus had to warn the woman in adultery not to do it again, we don’t grasp the situation. I’m pretty sure she got the message right then and there that if by some miracle she did not die on the spot from embarrassment, or from stoning, she would never, ever, no never, get caught in this situation, ever, again. The trouble is not voluntarily choosing to be in that situation again; the question is, how? How do I constantly find myself on the raw end of the deal? Why do I keep letting men like this take advantage of me? Why do I do this over and over again? How in the world do I find a way out from my broken and wounded heart? Anybody so shamed and humiliated would be searching for a way out, vowing never to let this happen again. That was the question Jesus answered! He always answers our real need! For Him to say, “You don’t have to live this way,” was astounding news for this woman! I don’t? She had to ask herself. No, Jesus was telling her, you don’t.

Jesus here makes an offer of deep healing. Jesus offers to make us a new creation, to break the bond of sin and death! He would not reduce his earth-shattering offer of life to a silly throwaway line that simply gives her more of the Pharisee’s lifeless medicine. That sounds more like exactly what Jesus criticized the Pharisees for, rather than reflecting the true, heart-focused Jesus.

“You don’t have to live this way” is consistent with Jesus’ offer to the woman at the well, whom He did not tell to stop living with her boyfriend, but instead offered her so much more than the scraps she was receiving. Likewise, He offers the woman caught in adultery freedom from the likes of these men who set up and expected her execution.

Jesus had compassion on the tenderhearted and showed them their need for Him. He never, ever shamed or humiliated people but instead gave them hope! Jesus soundly chastised only one group in His earthly life: the self-righteous religious leaders. This is the mode throughout His interactions. Come to Me for rest and peace and life – I will give you life. Rules don’t give life; rules produce death. To say, “Stop doing this,” would only heap death upon her shame and humiliation. But Jesus never did that! On the contrary, He heals the brokenhearted, He lifts our head, He offers hope and life.

The next time this interpretation is thrown at you as evidence of the seriousness of sin, as if you are not taking sin seriously enough because you don’t tell somebody to stop sinning, I entreat you to pause. Ask Jesus what to say. As hard as it is for humans to grasp a free-and-clear pardon, that is what Jesus offers. Don’t set that down and take up self-reform. Instead, let Him shape you personally, from the inside out, so that the sin areas fall away, replaced by the love, joy, peace, patience, kindness and other attributes only the Spirit can bring. That is what He does!

Click here to read “Why We Are Asking the Wrong Question”

July 22, 2013
Never Make Your Kids Feel Ashamed of Who They Are
Next Post

July 29, 2013 Parents, Your LGBTQ Kid is Going to be Fine
Recent Comments
8 Comments | Leave a Comment
"Nicely explained. Thanks."
Harvey James Johnson Doesn’t God Tell Us To Hate ..."
"God tells us to hate evil? So god wants us to hate him???Amos 3:6 ....shall ..."
C Nault Doesn’t God Tell Us To Hate ..."
"Thanks."
tolpuddle1 What is a Christian Response to ..."
"So, you'll be the one not invited to the wedding and if you did attend ..."
JD What is a Christian Response to ..."
Browse Our Archives
get the latest updates from
FreedHearts
and the Patheos
Progressive Christian
Channel
POPULAR AT PATHEOS Progressive Christian
1

'The redeeming effects of the Christian...
slacktivist