We Are NOT God’s Hall Monitor 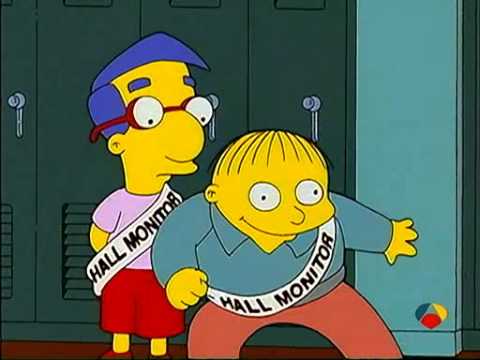 Why was the shoe stopped by the hall monitor? Because it was being knotty. : )

What is the church’s voice in the marriage equality issue, and how helpful is it? As I consider this question from Glad Alliance Church, I look at the church’s role overall.

The church has produced immeasurable good in the culture, as Christians have followed Jesus’ call to protect the unprotected, feed the needy, stand up for the marginalized—the very things Jesus told us are important, and the church individually and collectively have done.

But the church has inflicted untold damage when it’s done the opposite. Individually, but especially empowered as a collective, it has trampled over the very needy it was told to serve. It has kept people in abusive marriages. It has allowed sex offenders to flourish in power.

That’s where the church has run aground, not just with marriage equality but any issue. When the church is the hands and voice of Christ’s love, it’s a beautiful thing. When it is the law enforcement, it is disastrous. That’s the conversation we need to have.

The church has essentially appointed itself God’s Hall Monitor. Schools used to have hall monitors—a student who would tell kids to stop running in the hall or help a lost student find a classroom. Seriously. It worked only because it was elementary school, it carried street cred… and it was a long time ago. Today, I’m pretty sure (as Jay says to Manny on “Modern Family”), “you’d find yourself hanging from the flagpole by your tidy whiteys.” Yes. Kids aren’t happy to submit to peer authority, and really, neither are adults.

We were never meant to have this kind of authority over each other. I’ve read everything in the Bible that Jesus said, and it’s not there. In fact, he expressly tells us not to direct each other.

If you do try to enforce rules for others, what do you do with those don’t comply? 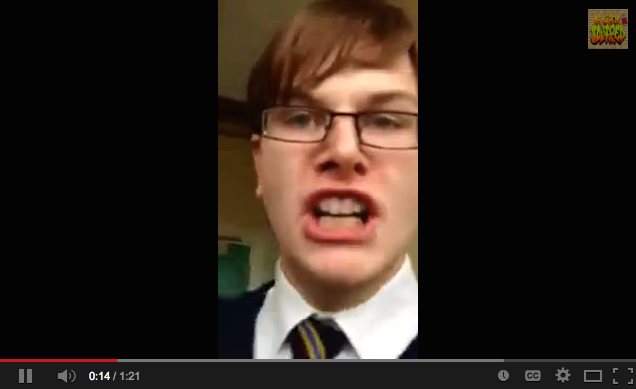 At what point do you say, “Hey, this is between you and God. I’m out of it.” (Honestly, the sooner you say that the better.) Otherwise, you end up yelling, shaming or crying because you can’t really make another person do something. Watch this short video of a young man, a hall monitor whose fellow students don’t take him seriously. He has a virtual meltdown, yelling and degrading other students who won’t comply.  This happens in schools, in churches, in families, when we feel responsible for others’ behavior.

Of course civilized society includes authorities to help maintain order, but not to impose “God’s standards” on others. That premise is wrong. Note that Jesus never made anyone do anything. Jesus has that right if anyone does, but instead he always invites into relationship. The shift in behavior follows in the fullness of time. If it doesn’t, it’s still between that person and Jesus; we are still not the hall monitor.

Of course, power is terribly appealing, and dare I say it’s usually self-serving. In this clip, Bart Simpson’s stint as hall monitor is about being cool, wielding authority, and wearing a sash. As always, Bart is totally about WIFM (What’s In It For Me?). 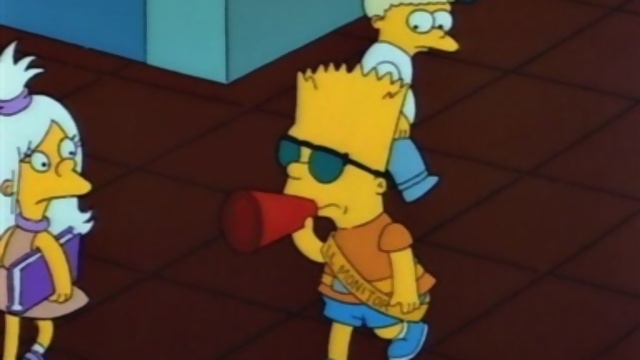 Acting as hall monitor—or “managing people’s sin”—was never the church’s job. It’s what we’re expressly told NOT to do, yet it’s the main focus of far too many churches.

What do we do if not manage people’s behavior? That’s easy! Just take a look at Jesus. Jesus has literally all the authority in the world, yet he is never a bully. He interacts with individuals always with relationship first. He deeply connects.

Jesus influences culture as a bubbling brook refreshes weary travelers as it slowly alters the landscape. Some churches look more like Niagara Falls, crashing its dissenters to the rocks below. The more the church crashes people instead of refreshing them, the less influence it has. The ones that remain relevant are those that focus not on rules but on the bubbling water of Christ.

Marriage-equality supporters have gained so much approval despite the non-affirming church, they might say, “Forget you—this post-church culture doesn’t have to listen to you.” Given the enormous hurt from much of the church, I don’t blame anyone for that; I often feel the same way.

But perhaps something more is available than turning our backs on the church.

For one thing, the church is not going away. Though it actively pushes people out, the church continues to influence—especially families of LGBTQ kids who are steeped in it. Those trapped families need help.

Many of them have been so indoctrinated against homosexuality, much less marriage equality, that they have lost all reason. They are like sheep without a shepherd.

Those people need to understand why things are going so badly for them, and those of us who get it may be the ones who will bring vision.

Jesus was always countercultural. He did not come to change laws, to make people obey, to straighten everyone out. He simply said, “Follow me,” and he sent the Holy Spirit to lead us in all truth.

It doesn’t get any simpler. Really.