The Bible Examined: So Misunderstood It’s a Sin 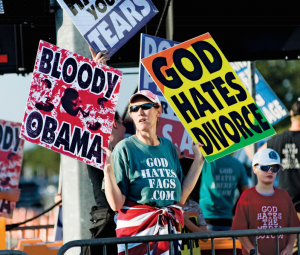 The Bible is being used as a weapon to justify horrible acts of hatred, abuse, judgment and condemnation. And not just by radicals like Westboro Baptist. It is being misunderstood and misused in abusive ways by many of the most ‘mainstream’ evangelical leaders.

So what does the Bible really say and mean?

As Newsweek says… “The topic has become too important for Americans to ignore, whether they are deeply devout or tepidly faithful, believers or atheists.”

I was fascinated to discover this piece – a thorough examination of the Bible – by Kurt Eichenwald, which will appear in Newsweek magazine in the January 2-9 edition…

They wave their Bibles at passersby, screaming their condemnations of homosexuals. They fall on their knees, worshipping at the base of granite monuments to the Ten Commandments while demanding prayer in school. They appeal to God to save America from their political opponents, mostly Democrats. They gather in football stadiums by the thousands to pray for the country’s salvation.

They are God’s frauds, cafeteria Christians who pick and choose which Bible verses they heed with less care than they exercise in selecting side orders for lunch. They are joined by religious rationalizers—fundamentalists who, unable to find Scripture supporting their biases and beliefs, twist phrases and modify translations to prove they are honoring the Bible’s words.

This is no longer a matter of personal or private faith. With politicians, social leaders and even some clergy invoking a book they seem to have never read and whose phrases they don’t understand, America is being besieged by Biblical illiteracy. Climate change is said to be impossible because of promises God made to Noah; Mosaic law from the Old Testament directs American government; creationism should be taught in schools; helping Syrians resist chemical weapons attacks is a sign of the end times—all of these arguments have been advanced by modern evangelical politicians and their brethren, yet none of them are supported in the Scriptures as they were originally written.

The Bible is not the book many American fundamentalists and political opportunists think it is, or more precisely, what they want it to be. Their lack of knowledge about the Bible is well established. A Pew Research poll in 2010 found that evangelicals ranked only a smidgen higher than atheists in familiarity with the New Testament and Jesus’s teachings. “Americans revere the Bible—but, by and large, they don’t read it,’’ wrote George Gallup Jr. and Jim Castelli, pollsters and researchers whose work focused on religion in the United States. The Barna Group, a Christian polling firm, found in 2012 that evangelicals accepted the attitudes and beliefs of the Pharisees—religious leaders depicted throughout the New Testament as opposing Christ and his message—more than they accepted the teachings of Jesus.

Newsweek’s exploration here of the Bible’s history and meaning is not intended to advance a particular theology or debate the existence of God. Rather, it is designed to shine a light on a book that has been abused by people who claim to revere it but don’t read it, in the process creating misery for others. When the illiteracy of self-proclaimed Biblical literalists leads parents to banish children from their homes, when it sets neighbor against neighbor, when it engenders hate and condemnation, when it impedes science and undermines intellectual advancement, the topic has become too important for Americans to ignore, whether they are deeply devout or tepidly faithful, believers or atheists.

This examination—based in large part on the works of scores of theologians and scholars, some of which dates back centuries—is a review of the Bible’s history and a recounting of its words. It is only through accepting where the Bible comes from— and who put it together—that anyone can comprehend what history’s most important book says and, just as important, what it does not say.

Click here to read the Newsweek article and the rest of their full examination of the Bible. 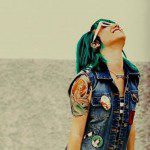 December 31, 2014 7 Deadly Sins Parents Commit Against Transgender Kids - In Memory of Leelah Alcorn
Recent Comments
0 | Leave a Comment
"Thanks."
tolpuddle1 What is a Christian Response to ..."
"So, you'll be the one not invited to the wedding and if you did attend ..."
JD What is a Christian Response to ..."
"Love, support, and accept them as you would any child if you are a decent ..."
Judgeforyourself37 How To Parent an LGBTQI (or ..."
"Many of us were raised with only criticism, no praise as some parents thought that ..."
Judgeforyourself37 How To Parent an LGBTQI (or ..."
Browse Our Archives
get the latest from
FreedHearts
Sign up for our newsletter
POPULAR AT PATHEOS Progressive Christian
1