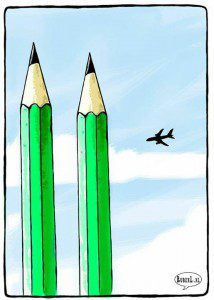 The gunmen shouted: “The prophet has been avenged!”  Why does the prophet need to be avenged?

We sat glued to the coverage of the horrific terrorist attack in Paris. Horrific. Our hearts go out to those murdered and their bereaved families. The world collectively grieves with families, a city, a nation, indeed, a world shaken by violence, even if it has become all too common.

Thousands gathered across Europe. The world swells with one voice to condemn the murderers.

CNN Global Affairs Analyst, Bobby Ghosh, reported that the Muslim community overall condemns the murders. “The Arab League, Al-Aqsa Mosque – which is the most important mosque in Sunni Islam, the government of Saudi Arabia, imams across France, have issued a condemnation.” Many Muslims see the cartoons as blaspheming Allah, Ghosh said, but to murder in response is far worse, according to their own code.

Ghosh said: “There is nothing more offensive to Muslims than somebody killing innocent people in name of the religion – that is more offensive, many people are saying – than depicting the prophet in a cartoon.”

The gunmen shouted: “The prophet has been avenged!”

My question is: why does the prophet need to be avenged? Will the prophets’ voice become truer if dissenting voices are silenced? Shouldn’t the prophet’s voice stand on its own?

That’s what truth does: it stands on its own.

I’m reminded of the words of Augustine. “The truth is like a lion. You don’t have to defend it. Let it loose. It will defend itself.”

As I watch and hear various unrelated events, my thoughts often go to you – Christian parents trying to love your kids, defend your kids against many in the church, and those of you in the gay community still struggling with parental, church and societal wounds. That is what is on my heart and mind, so you probably know where I’m headed with this…

Have you ever heard Christians say they must “defend the cause of Christ”? They feel they must somehow defend their take on God’s “position on homosexuality” or any other “sin du jour”? Motivated by religious zeal and “devotion to God,” they believe they must defend God and fight against sin as they know it.

I have the same question for them: why does the cause of Christ need to be defended?

Will God’s truth be truer if other voices are silenced?

Shouldn’t the truth of God stand on its own?

For them to respond cruelly to those they think have offended God is to commit treason against God. God does not need defense. Much more than Augustine’s lion, God is well able to defend as needed. God is able to handle disagreements God’s way. To kick people out of churches and families, to drive people to depression, isolation, suicide, in the name of God, is far worse than anything we think we are defending against.

“Defending God” has resulted in unconscionable cruelty to LGBTQ people, to LGBTQ children, and to their families. It has stripped people of dignity and life itself.

God does not need our defense. The truth will always stand.

LGBTQ people are just people who desire, like all of us, love from God and from others.

Not coincidentally, THAT is what Christians have been given the charge to do… love God and love others.

Seems like just the assignment Jesus gave us and, in his name, we have no justification whatever to do anything else. 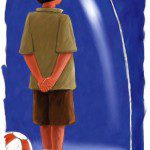 January 7, 2015
For The One Staring Out At The Questions
Next Post 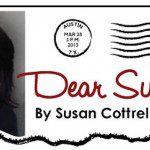 January 9, 2015 Dear Susan: Is My Gay Son Separated From God?
Recent Comments
0 | Leave a Comment
"Nicely explained. Thanks."
Harvey James Johnson Doesn’t God Tell Us To Hate ..."
"God tells us to hate evil? So god wants us to hate him???Amos 3:6 ....shall ..."
C Nault Doesn’t God Tell Us To Hate ..."
"Thanks."
tolpuddle1 What is a Christian Response to ..."
"So, you'll be the one not invited to the wedding and if you did attend ..."
JD What is a Christian Response to ..."
Browse Our Archives
get the latest updates from
FreedHearts
and the Patheos
Progressive Christian
Channel
POPULAR AT PATHEOS Progressive Christian
1