Is ‘Side B Required Celibacy’ the New Ex-Gay?

Is ‘Side B Required Celibacy’ the New Ex-Gay? January 26, 2015 Susan Cottrell 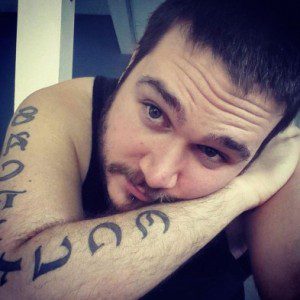 I am honored to share a thought-provoking article. It may not be one with which I or you may agree, but it is important that we all hear & understand the reality of this author’s story & perspective.

Stephen has a tender-hearted style and his story is compelling…

Sometimes, your heart starts to break, and you don’t know why. You catch yourself emotionally limping through life, or angry and explosive at the drop of a dime, or feeling like a small, wounded child, and not understanding why.

Such has been the case recently. I’ve been struggling with very deep feelings of anger, hurt, and betrayal – feelings that have made writing, rest, and engaging with other people in productive, peaceful ways very difficult. When I finally noticed these powerful feelings, I sat with them, trying to understand their origin. In a moment of clarity, I suddenly said to myself, I know these feelings. I’ve felt them before.

It’s taken the past few month of processing and writing about my recent fallout with Side B (the conviction that while a gay orientation is not in and of itself sinful, expressions of that orientation in sex or gay marriage are sinful) to unearth a subterranean monster of overwhelming hurt, guilt, and rage. As is often the case, such huge emotions can influence our behaviors and thought patterns, but it can take time for us to see them clearly.

I realized that the story I’ve been living recently is a story I’ve already walked, many years ago.

I haven’t talked yet about my past in the ex-gay world on this blog. One, because it’s a hefty issue that requires a great amount of energy on my part to discuss, and two, the internal torment and trauma I felt as a teenager living in the bowels of the ex-gay culture is very hard for me to revisit. I fully intend to take a long, steady look at my experience in the ex-gay world at some point on this blog, but only when I am ready.

While I don’t want to delve fully into the topic, I can draw you a sketch. I can give you a road map of what my journey in the ex-gay world looked like.

It started with a blinding, overwhelming joy. The joy a quadriplegic must feel when a doctor reveals to him that, by some miracle of modern science, his condition is curable, and he can walk again. I was told that there was a cure for my same sex attractions, for this demon that had made my life unbearable in the already unbearable worlds of middle school and high school. “You mean there’s a cure?” I said to myself, “You mean I can be fixed? I can become straight? I don’t have to be like this? I don’t have to feel broken or like a monster any more?”

And this claim of change was backed up by many testimonies. The leaders of the movement all professed that they, themselves, had experienced transformation from gay to straight, and they often had the spouses and children to prove it.

This is it, I thought, this is the answer. This is how I make my life bearable. These people say God can cure me.

The ex-gay world teaches that same sex attractions are a deficit of masculinity – that men are deprived of affection and love from same sex peers and parents. I latched onto that message and, like Pinocchio, dove into the ex-gay world on a quest to become a real boy.

What I discovered there was terrifying. One by one, the leaders started to fall like stars as they were caught in sex scandals or admitted that they were still attracted to the same sex – still gay. I didn’t find stories of victory or change in the other ex-gays, either. I saw anguish. I saw loneliness. None of us were changing.

After three years, I realized the truth: I wasn’t going to change, and I didn’t know how much longer I could waste my life away fighting day in, day out, for a future heterosexuality that might never exist. The people around me weren’t changing either.  The cure was a lie, I realized. I had bought the snake oil. I wasn’t going to become a real boy.

It felt like my whole world shattered. I couldn’t be cured – I had been lied to. Looking back on that 19 year old, I’m proud of him for choosing to walk away from the ex-gay path that was killing him and trying trying to find a better road, a brighter life, even if that meant walking into the pitch black darkness of uncertainty. But I also realize that the shattering, and the walking away, caused a very deep trauma.

Fast forward. I’m now at the doors of another community: the Side B community, and they are offering another promise on God’s behalf: that joy within celibacy is sustainable, maintainable, and achievable for anyone who reaches for it. Like the ex-gays, they offered the promise that, if someone is faithful, tries hard enough, and does the right things, a life of sustainable celibacy will be theirs.

Like years before, I felt that rush of hope. I felt that hope that I could find a workable, sustainable, life-affirming sexual ethic for my life.

And this community has its leaders, too – people who live lives of abundant, overflowing connection. Unlike the ex-gay leaders, I don’t think their lives are deceptive. They are honest about the pain of celibacy, but celebrate the great joy of it, too.

I entered the Side B community with high hopes. I didn’t expect it to be easy – I knew celibacy was an enormous sacrifice – but I hoped it wouldn’t be defeating and destructive like my experience in the ex-gay world. Like several years before, though, I slowly became disillusioned. I watched many people lead anguished lives of compartmentalization or promiscuity, never attaining a joy that makes vocation sustainable. Many of the leaders were able to find genuine love with celibate partners, but I realized celibate partnership, while potentially very good, would hardly be workable for many people under similar circumstances. Nine times out of ten, I watched Side B people jump ship before their lives went dark.

In the same way that the promise of orientation change fell apart in my hands, the promise of sustainable and life-affirming celibacy for everyone who pursued it fell apart, too. I never believed it would be easy, but discipline is self defeating if it ends up killing you. I was left feeling crushed, helpless, betrayed and lied to all over again. I was left feeling like the old wound from the ex-gay world that had gone so deep was re-opened. Apparently, we always walk the same roads, but I can’t walk this one again.

Yes, I’m only 25. I’m a young dude, and time changes things. That’s true. Maybe Side B will be more sustainable when I am older, wiser, less hormonal and less driven for sexual and romantic connection. I’ve heard some older guys say that the desire becomes more manageable, whereas others say it doesn’t.

But the reality is that three times in my life now, Ex-gay and Side B have been the catalysts for levels of pain that very nearly took my life. First, when the conflict I was feeling as a post-ex-gay was so intense I seriously contemplated killing myself to make it stop, and developed a nasty cutting habit to compensate for the horrible shame I felt. Second, when my first attempt at Side B pushed me close to the edge of violent despair that made me contemplate taking my life again. Third, and most dramatic, was in the wake of my failed celibate partnership, when my beliefs were shattered and the pain pushed me into a life of self destruction I never thought I would ever live.

It would be correct if I said I can’t take that risk again, to protect myself from entering such a dangerous place. It would be more honest and accurate to say that I am just straight up scared. I’m terrified of going through that again, and I’m afraid of the possibility that, a fourth time around, I might not make it.

Right now, though, in this season of my life, I am happy. I look at myself in the mirror and I love myself:  gay, 6’1”, a bit bearish, bearded, tatted, dyslexic and all. I feel good in my skin for the first time in . . . ever. I feel good because I’ve stopped fighting. I’m not Side B. I’m not Ex-gay. I’m just Stephen – a man with many questions, a man who is loved and saved by Christ, a man who gets to call the God of the universe Father, a man who finds other men soul-meltingly beautiful, a man who walks with the knowledge that – in this moment – he is enough. And I don’t want to compromise that.

It’s now time for the the small print: Side B people will accuse me of telling their story, of painting an overly negative picture of Side B as a whole, of aiding the liberal progressive bias against celibacy. On and on and on. But I speak only for myself, my journey, and my own observations. If people have stories that differ from mine, they should share them. The world needs to hear.

But I will keep being honest about my own. I remind myself of the words of Aslan, the great lion from Narnia:

“Child” said the Voice, “I am telling you your story, not hers. I tell no one any story but his own.”

If you are the parent of an LGBTQ child, and would like to be part of the FreedHearts private secret Facebook groups, please just CLICK HERE and let us know.

Read the original post, and more about Stephen and Sacred Tension by clicking here. 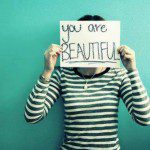 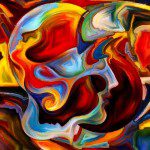