Apparently, I Won’t Be Going To Heaven 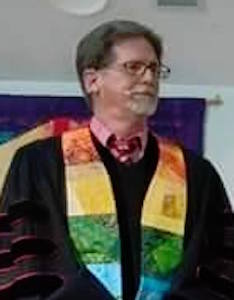 I want to share this with you. It is from our friend Jim Rigby.  Jim is a Minister at St. Andrew’s Presbyterian Church in Austin, Texas.

It was something he posted on his Facebook page. When I read it, I thought of all of the judgment, rejection, and “condemnation to hell” conveyed to people who are LGBTQ by Christians – often justified by a “theological disagreement.”

Jim is changing lives, and changing the world with his heart and his tireless commitment to loving and serving people.

The church often uses that ‘theological disagreement’, conveyed ‘in Jesus name’ as permission to heap shame, oppression & marginalization on people who just so happen to be LGBTQ and many others. Indefensible. As Jim has said, “I think it’s important to explore the theological roots of the problems.” I agree.

I received some bad news this week. Apparently, because I don’t believe in a literal resurrection, I’m not really Christian. This unfortunately also means I won’t be going to heaven with many of you.

Of course, this is a hard thing to learn at Christmas time. As I share meals with my family, I have to face the fact that while they are enjoying the heavenly banquet, I will be screaming in unending torment along with Jews and Democrats and the evil college professors who teach evolution.

And it’s particularly embarrassing to be Presbyterian minister bound for hell. I’ve been such a fool. I was trying to live as Jesus taught when I should have been reciting the Apostles Creed like a cockatiel.

In my hard-heartedness I asked one of my accusers if, instead of being a one time magic trick, the resurrection might not be understood as a poem about the whole life process. Like Jesus before Pilate, my accuser was silent.

I asked, if the virgin birth and resurrection were essential to Christianity, why the earliest versions of Mark’s gospel had neither. Again, my accuser would not be sullied by giving a response.

I asked my accusers if they would also follow Hitler if he were to rise from the dead. I asked if love were not what makes anything divine?

My accusers explained to me that I had it all wrong. They said I did not understand the gospel. You see, the earth was once a paradise. The dinosaurs were actually gentle and friendly. But then Adam and Eve stole a piece of fruit. God got very angry. So God invented cancer and hemorrhoids to punish human beings for our treachery.

And God’s righteousness is infinite, so God couldn’t just forgive us or teach us how to do better. What might seem to some like a first time misdemeanor of shoplifting fruit, was actually an irreversible irredeemable sin.

You see, God loves us very much, but mindless obedience is VERY important to God, So God decided to barbecue us eternally for the mistakes of our ancestors. But God has a son named Jesus who asked God to abuse him instead. And so God killed Jesus in our place. And we call this story, the “good news.”

We don’t have to be loving or kind like Jesus to be saved from God’s wrath. In fact we don’t have to do a single thing Jesus commanded us to do. All that matters is that we admit that we are worthless trash, but that Jesus likes us anyway. Oh, and we have to LITERALLY believe Jesus’ corpse got up. If you believe all the above you will get to be with God in heaven. Let’s just hope God has a handle on that anger problem by now.

So, anyway, if you believe the “good news,” your physical cadaver will get up too. Hopefully someone will remember where you are buried and come dig you up. I’m not really sure how clothes rise from the dead, so everybody may be naked; but try not to think about that. In fact, learn from my sad example and try not to think about anything too much.

Just know while you all are enjoying the heavenly banquet, I will be:
rotating on the rotisserie of the reprobates,

bobbing in the boiling broth of blasphemers,
and weeping on the wok of woe. 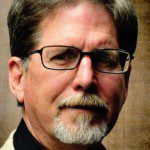 So, as we go our separate ways, me to eternal torment with Gandhi and Socrates; you to an eternity sitting in worship services with televangelists and ethical monsters who happened to believe in the literal resurrection, please go on and have a good time in heaven without me. Don’t give me a second thought. I’ll be fine.

I’ll try to keep down my screams of agony.

UPDATE:  This post has raised some controversy, but I think for the wrong reasons.

When Jesus healed on the Sabbath, the religious leaders came to him with judgment and condemnation, accusing him of blasphemy, of ignoring a fundamental core of their faith. Jesus responded in a way that pointed out that they were ignoring the miracle of the healing, and revealing that they were missing the very heart of their law and faith.

This post is not about whether or not Jim or you or I believe in the Resurrection. This post was about someone who is “being Jesus” to so many oppressed and in need, but whose work is being ignored in favor of condemnation of his particular beliefs.

This happens way too often in today’s church and I think it is worth discussing.

Are we missing the very heart of the Gospel? Are we too busy “worshiping” Jesus and trying to behave right that we are not doing a very good job of BEING Jesus?

Certainly a question I need to ask myself. Maybe all of us do. 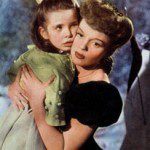 December 24, 2015
Can We Have a Merry Little Christmas This Year?
Next Post 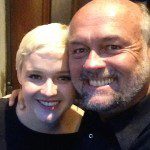 January 4, 2016 A Father's Plea to Christian Dads of LGBTQ Kids
Recent Comments
0 | Leave a Comment
"" I’ve read the words of Jesus, and I cannot find anywhere that he asks ..."
C Nault Religious Liberties: It’s Not Biblical!
"There is a difference between reading the bible and reading about the bible. When you ..."
Bob Shiloh How the Duggar Sh*t Show Reveals ..."
"What your trying to sell here isn't Christianity. Try reading the rest of the Bible."
MISTER XRISTIDIS How the Duggar Sh*t Show Reveals ..."
"Hey, just though to ask how things are going in your life now. Hope it ..."
JD From A Mom… If You Were ..."
Browse Our Archives
Related posts from FreedHearts