An Unclaimed Body – the Last Victim of Pulse. Where is the Love?

An Unclaimed Body – the Last Victim of Pulse. Where is the Love? June 9, 2017 Susan Cottrell 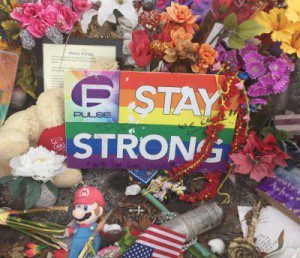 At a time when a parent weeps uncontrollably, mourning the death of their precious child, what would possibly drive a father to refuse to claim the dead body of his son? Oh wait, he told us: the son was gay.

Is the middle of the unspeakable pain of losing your child to a senseless act of hate and violence, you have to plan a funeral. What would possibly cause a church to refuse to allow you to hold the memorial service there? Oh wait, they told us: the victim was gay.

The part of the church that is anti-gay justifies the condemnation and rejection of their LGBTQI brothers and sisters based on a handful of Bible passages – passages that are actually misunderstood and mistaught. But it’s that same Bible, in John 13:35, that says they will know you are Christians by your love.

What names would people use to describe you? They may not be words you would like to hear.

You claim to be Christian but Jesus told you to love God, and love others – period. And by this would people know that you follow and believe in him.

On my recent trip to Orlando, I went to Pulse. The sky had just begun to clear as we arrived. It had been raining all day, which seemed only fitting. Colorful canvas banners lined the chain link fence around the black shell of a nightclub, and memorial tributes were everywhere.

We smiled at two young men. The tears in their eyes brought tears to mine, and we chatted a bit about their trip from out of state to visit the site. I was with my friend Debby—we had just come from a gathering of the Orlando moms from our Facebook moms group, so we were feeling maternal.

We signed the banners. We read the notes left by others, feeling their hearts through their words and mementos left behind. In all that I read, I did not see one scripture reference, no mention of God or Jesus, no obvious words of comfort from those who are called, above all else, to love.

A young woman was sweeping the grounds of bits of debris left from the rain. She told us she comes regularly, that this was her way of showing respect to the victims. She cried a little and Debby hugged her. She said she had seen the killer in Pulse several times before, with a male date. And she started crying again. I hugged her and held her tight, until she finally broke and she just cried without trying to hold it back.

I thought about all the love in this place, from all the words of love and hope to the display of rainbows, flowers, painted rocks, and stream of visitors. I thought of the love of the families whose hearts were ripped out of their chest from their unimaginable loss. And I thought of the victims—sons, daughters, mothers, fathers, workers, students, young adults and mature adults—and the love that follows them still.

And I thought of the murderer. In this kind of killing spree, what kind of messy world must have existed for this man whose father vociferously rejects gay people? How might he have found his way out of his own pain and confusion?

How does the father who refuses to claim the dead body of his son, or the church who refuses to host a funeral for a gay person, or Christians who have refused to come here to express their love, find their way out of all of this pain, confusion, and hate.  How do any of us find our way out?

If you are the parent of an LGBTQI child, love is all you need to know, all you need to do. If you don’t understand, if you don’t agree, just love and let the answers come when they come. You will never, ever regret loving too much.

If you are LGBTQI, know in the deepest places of your heart that you are loved and you are not alone. God, the universe, a higher power loves you – completely, fully, as you are, for who you are.

Where is the love? It is in us to give. It always has been and it always will be. It is our choice whether or not we let it out.

We have extensive resources and vibrant community for LGBTQ and for parents. Come say hello at www.FreedHearts.org 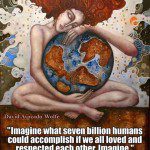 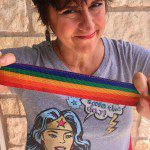