Why The Church Has Painted Itself Into a Corner 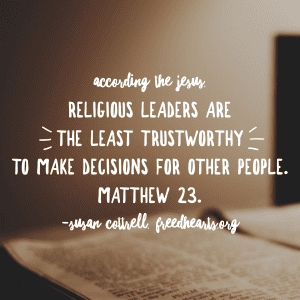 Well there you go. We just saw this in the Methodist Church. This is what happens when you put the dignity of human beings in the hands of ruling authorities: the thumb may go up and the thumb may go down. When people (it’s traditionally straight men of the accepted color) are put in charge of deciding the fate of other people, especially people who do not look like them, things fall apart. Of course they will marginalize others: that’s what people in concentrated power do.

How many times must we learn this lesson?

Churches that preach about “totally depraved man” place such men in judgment over other people—people they often don’t understand and don’t even like. Power concentrated is power abused, and when a handful of ruling authorities (generally “straight-white-men”) are put in power over countless people unlike them, things will go bad. When men decide who God does and does not accept, it can’t end well.

Jesus taught against this. Jesus said ruling authorities are the LEAST trustworthy to decide things about God—that they seek their own interests in mind and we shouldn’t trust them as far as we could throw them. You can read Matthew 23.

Jesus said the greatest should serve the smallest. The wealthiest should care for the poor. And his real followers would give their power and money away to those who didn’t have it.

In the first 300 years after Jesus was on earth, this is what defined his followers: love, giving, sharing, comforting—being Jesus with skin on to everyone you meet. His followers were love looking for a place to happen.

Then in 325, Emperor Constantine changed all of that.

He appointed a council to decide “what all Christians would believe.” In one fell swoop, the Council of Nicaea wrote the Nicene Creed—and turned Christianity on its head: Christ-following was no longer defined as how people behave toward each other (as it had been since Jesus) and instead became what people believe (and has remained that way ever since).

Modern Western churches are often trampling over everything Jesus taught: to care for “the least of these” (least powerful, least, visible, least resourced). To feed the poor and helpless (the prisoner, the widow and the orphan, the excluded). To comfort the afflicted and afflict the comfortable: this was Jesus’ message. These churches should stop calling themselves Christians and instead all themselves Constantinians.

Constantine’s concentrated power changed the locus of Christianity, and the world is still paying the price.

What concentrated power? “Missionaries” like Scott Lively, Lou Engle, the International House of Prayer and others who have exported hate speech to African (and other) nations, teaching hate against the LGBTQ community—people created in God’s image.

The result is destroyed lives, shattered communities and vigilante-style murders. (The hate speech is so heinous that at least one, Scott Lively, has been charged with crimes against humanity). These American “missionaries” then raise up local leaders and pay them lavishly to preach this prosperity gospel. (The prosperity only reaches the pastors teaching it, not the masses being brainwashed by it.)

I put “missionaries” in quotes because the mission of good missionaries should be to preach the Good News of the Gospel: that Jesus is available to everyone—that God loves everyone. Instead, these “missionaries” are essentially colonizing African and other countries, grabbing power from indigenous peoples. The results are deadly. (If you have no idea what I’m talking about, watch God Loves Uganda. Please don’t make a comment to try and counter me unless you have watched it.)

And these “missionaries” continue the same outdated, uber-conservative ideologies from missionaries 100 years ago who colonized whole countries and continents. Today’s indigenous African pastors spew out the same hate cultivated from poison sown for a hundred years. And it is a handful of conservative Americans wining and dining these pastors to vote against their LGBTQ siblings.

As my pastor friend Sid told me, if Methodists were national instead of international, they would have settled this question for inclusion twenty years ago. As it is, Methodist families in America are stuck with the decisions of Methodist pastors in Africa, and Asia, and Eastern European nations: anywhere hate speech has been strewn by American missionaries.

This is exactly the kind of concentrated power abuse Jesus taught against!

By allowing concentrated power to go unchecked, we have created a monster—and there’s no easy way to stop it.

Here are a few things for sure.

A parishioner looking for a silver lining said to my friend Sid, “Maybe it’s like a new birth, a baptism.”

Sid said, “Well, in a baptism, you’re not supposed to hold the person under water for 47 years!”

That’s right. And people will no longer stand for it. Enough is enough.

This is just one piece of this debacle. There are many other players, many other people building their personal kingdoms, and countless people being decimated by it all.

So there you go. This is what happens when you put the dignity of human beings in the hands of ruling authorities: the thumb may go up and the thumb may go down. When people (traditionally straight men of the accepted color) are put in charge of deciding the fate of other people, especially people who do not look like them, things fall apart. Of course they will marginalize others: that’s what people in concentrated power do.

How many times must we learn this lesson?

It’s time for a change.

It’s time to love, above all else.

To watch Susan’s viral TEDx talk, and for more about FreedHearts, CLICK HERE. 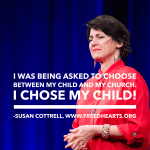 January 6, 2019
Why I Chose my LGBTQ Child Over the Evangelical Church
Next Post 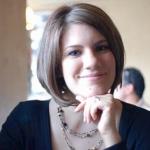 May 8, 2019 Why the Sadness Won’t Go Away: A Tribute to Rachel Held Evans
Recent Comments
0 | Leave a Comment
Browse Our Archives
Follow Us!

Stop Telling Me about the "Lazy"...
Honest to God
Related posts from FreedHearts 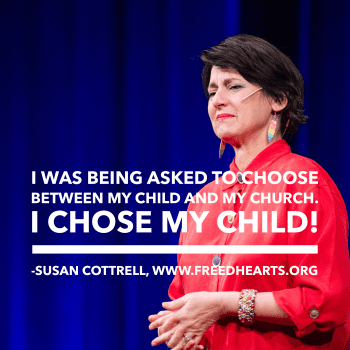 Progressive Christian
Why I Chose my LGBTQ Child Over the...
FreedHearts 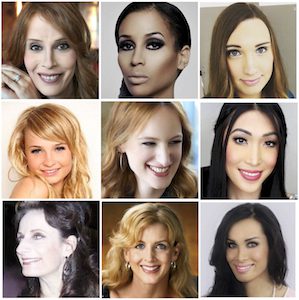 Progressive Christian
Which Woman is Transgender? And Why it Doesn't...
FreedHearts 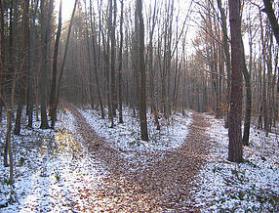