A Doubting Disciple and a Bunch of Communists

A Doubting Disciple and a Bunch of Communists April 7, 2021 vancemorgan

In my “Markets and Morals” colloquium in the good old pre-pandemic days a couple of semesters ago, our text was a co-authored volume in which two economists, who happened to also be persons of Christian faith, alternated essays and responses on a number of important issues. As their weekly writing assignment in preparation for seminar, I asked students to select a point of disagreement between the authors (the disagreements were legion), describe briefly the position of each author on the selected issue, then take a side supported by argumentation.

Two-thirds of the way through the semester, my sophomores should be able to do this—identify issues, fairly and accurately describe various arguments, and take a position that is both fair to other relevant positions and supported by evidence and argument. So I was disappointed when more than one student ended their essay with something like “I prefer X’s position because Y sounds a lot like socialism.” Sigh. In my comments on such papers, I always include something like “That’s a description, not an argument. It’s related to another sort of description masquerading as an argument: ‘I disagree with Z, therefore Z is wrong.’”

Part of my job as a professor is to convince my students that a liberally educated human being earns the right to have her opinions. Unearned opinions are like body parts—everybody has them. Plato lists “opinion” low on his ladder representing the climb from ignorance to wisdom. Moving up this ladder one or two rungs from “opinion” to something closer to knowledge involves learning that just believing something does not make it true, realizing that disagreement is the beginning of justifying one’s beliefs, not the end. It’s always discouraging to realize that someone can make it to almost half way through their undergraduate college career and not have learned this.

But I digress. What got me to thinking about this a couple of days ago was a story from The Acts of the Apostles that will be one of lectionary texts this coming Sunday : 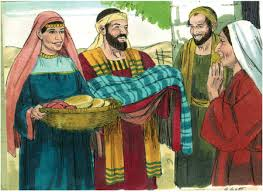 Now the whole group of those who believed were of one heart and soul, and no one claimed private ownership of any possessions, but everything they owned was held in common. With great power the apostles gave their testimony to the resurrection of the Lord Jesus, and great grace was upon them all. There was not a needy person among them, for as many as owned lands or houses sold them and brought the proceeds of what was sold. They laid it at the apostles’ feet, and it was distributed to each as any had need.

It’s one of my favorite passages from the New Testament—and it mades me think of my student from a couple of semesters ago. “Dude!” I thought, “It’s a good thing you didn’t hear this—because this really sounds like socialism!” In the past I have used this text in class to poke at the unquestioned assumptions carried by students who, often coming from a faith-based upbringing in an upper middle class or wealthy household, have come to believe that somehow, as if by magic, their capitalist free-market attachments and their background framework of religious values will fit seamlessly together. “They sound like a bunch of communists!” more than student has remarked in shock, and indeed they (anachronistically) do. Welcome to the lifelong task of trying to live a life of coherent belief and commitment!

This year, this passage from Acts is linked to the familiar story of “Doubting Thomas” that that is the Gospel reading from John this coming Sunday. In spite of the bad rap Thomas has gotten over the centuries for being the one disciple loser who refused to believe that Jesus had risen until he had seen him and touched him first person (of course, none of the other disciples believed until they had first-hand contact either, but let’s not go there), he is one of my all-time heroes.

By both personality and profession I am naturally skeptical–I think that doubt is closer to godliness than cleanliness. Just as I take the great skeptic Michel de Montaigne as a model for how to do philosophy, I consider Thomas as one of my models for how to approach the spiritual life, something I share with many of my spiritual guides ranging from Kathleen Norris, Christian Wiman and Joan Chittister to Anne Lamott, Rowan Williams and Barbara Brown Taylor. Most homilies about this gospel draw the moral of the story from Jesus’ gentle criticism of Thomas’ attitude: “Have you believed because you have seen me? Blessed are those who have not seen and yet have come to believe.” But there is seeing and then there is seeing. Except for a select few, those who have committed themselves to Jesus in any way have never seen him physically. But without a direct encounter—without truly seeing something worth committing to—faith commitment can easily become sterile religion.

Why, I have often wondered (and have often asked my students), did the early Christian communities choose to organize themselves in the manner described in Acts? They are close enough in time to Jesus’ physical presence that undoubtedly some of their members actually knew him in the flesh, or at least knew some people who did. But if the vision is not going to fade, such communities cannot rely on first-hand remembrance of the source. Practices and attitudes reflective of the values the community is committed to must be embedded in the very fiber and structure of the common life of the group.

At some point, given that a new community of followers of the Way was seeking both stability and faithfulness to the message, someone must have asked “How would Jesus have organized this community if he were here?” Somebody remembers the parables, another person recalls the Beatitudes, and pretty soon they become a small, primitive laboratory for living the Gospel in real time.  How to truly become Jesus in community form? By putting into action what the man supposedly said and lived. Feed the hungry. Clothe the naked. Shelter the homeless. Love each other as God loves us. This wasn’t church for them—this was life. Most likely their very survival depended on it.

Two thousand years later, persons who profess a Christian faith share a lot in common with these early followers of Jesus. We have not seen Jesus in the flesh, just as most—and pretty soon all—of the members of these early communities had not. We are bound together by having seen Jesus in ways far deeper and more profound than physical vision. And our challenge is the same as theirs, to figure out what it means to actually live it rather than just say it. As I often do, I fall back here on the prophetic words of Micah who asked, just as these early communities did, just as we do today, “What does the Lord require of us?” Do justice. Love mercy. Walk humbly with your God. And, I might add, doubt is an appropriate seasoning for each of these. 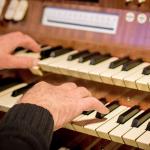 April 10, 2021 Faith and Doubt Go Hand in Hand
Recent Comments
0 | Leave a Comment
Browse Our Archives
get the latest from
Freelance Christianity
Sign up for our newsletter
POPULAR AT PATHEOS Progressive Christian
1