A Lenten Reflection: The Difference Between Solitude and Being Alone

The greatest thing in the world is to know how to belong to yourself. Michel de Montaigne

As part of the liturgical year, I freely confess that Lent is my least favorite season. Over the past several years I have regularly posted something like “Why Lent is a Bad Idea” on this blog around Ash Wednesday. I have struggled not so much with the season, but rather with what Lent seems to represent for many people. It often is little more than a forty-day exercise in playing at getting serious about one’s faith. One can easily pray more, study more, try to be a better person, and generally try to be more “Christian” for a limited amount of time. 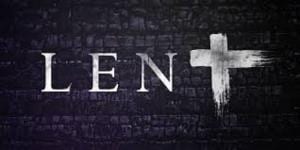 Over the past couple of liturgical cycles, Lent has become more meaningful to me as I have shifted from thinking of it as a “religious” season to thinking of it as a season of inwardness, the sort of thing that is healthy for a human being to engage in regardless of religious commitment (or lack of same). A helpful guide for this has been Dietrich Bonhoeffer, especially the letters he wrote from prison before his execution by the Nazis, letters in which he explored what a “religionless Christianity” might look like as traditional religious trappings and accoutrements become more and more meaningless. He wrote that

Our coming of age leads us to a true recognition of our situation before God. God would have us know that we must live as people who manage our lives without God . . . The God who lets us live in the world without the working hypothesis of God is the God before whom we stand continually . . . By this-worldliness I mean living unreservedly in life’s duties, problems, successes and failures, experiences and perplexities.

What if the life of faith was lived in such a key of “this-worldliness,” reflecting on, struggling with, focusing in a centered way on “life’s duties, problems, successes and failures, experiences and perplexities,” with “no consolation” to ease such a time of attention? What, in other words, might faith without religion look like? Lent strikes me as a perfect time to consciously explore this.

Regular readers of this blog know that the 16th century philosopher and essayist Michel de Montaigne has over the years become an important influence on both my teaching and my understanding of what a balanced and effective human life in Morgan form might look like. I am teaching a full semester honors colloquium on Montaigne and his world currently, and have no doubt that my exploration of his wonderful essays with seven bright honors students will intersect with Lent in interesting ways. In his essay “On solitude,” for instance, Montaigne writes about the importance of taking ownership of oneself rather than seeking happiness externally.

Montaigne reports that “Someone said to Socrates that a certain man had grown no better by his travels. ‘I should think not,’ Socrates said; ‘he took himself along with him.’” As we might say today, “your giant goes with you wherever you go.” As a dedicated time for inwardness, Lent might be an opportunity to become acquainted with the person I often seek to avoid at all costs—myself. Montaigne’s essays are one of the first extended efforts in self-investigation that we have in the Western tradition—essays that had a direct and measurable influence in the next generation on one of the other great investigators of the human condition in the Western tradition: William Shakespeare. Both Montaigne and Shakespeare are thoroughly secular writers; although Montaigne never left his native Catholicism, it was more of a social than religious commitment for him.

But there is something sacred, if I may use that “religious” word, about careful and honest self-reflection and analysis. In ‘On solitude,” Montaigne writes something that concerned my students greatly, but strikes me as worth taking very seriously:

We should have wife, children, goods, and above all health, if we can; but we must not bind ourselves to them so strongly that our happiness depends on them. We must reserve a back shop all our own, entirely free, in which to establish our real liberty and our principal retreat and solitude.

There is something Stoic about this perspective and, indeed, the early Montaigne was very influenced by Stoicism. The Stoics advise us to carefully distinguish between those things that are within our power and those that are not, then to focus our attention and energies on those things that are in the first category. And other people, even those whom we love the most, are definitely not within our power. The ancient Stoic philosopher Epictetus puts it this way:

When you kiss your child or wife, say that you are kissing a human being; then, should they die, you will not be distressed . . . It is foolish to wish that your children and your wife and your friends should live forever, for you are wishing for things to be in your power which are not, and wishing for what belongs to others to be your own.

Not surprisingly, my students interpret such passages as saying that no one should ever fall in love, that one should never give oneself completely to another, and that Montaigne’s and Epictetus’ family/friend relationships must have been cool and distant, at best.

Maybe, but not necessarily. The romantic view of love is that the lover is “completed” by the beloved, that each person is incomplete without the other. The Stoic perspective, rather, is that each person must be an individual, even in the most intimate of relationships. More bluntly, even those most deeply in love should not “need” each other in order to be complete. As Jean-Paul Sartre said in a twentieth-century version of the Stoic point, one should never become so attached to any one thing—including another person—that the loss of that thing would lead to one’s own destruction.

Jeanne and I have for years had a good-natured disagreement about which of us will die first. Neither of us wants to outlast the other. From my end, at least, this is because I’m not sure who or what I would be without the person with whom I’ve been for over three decades. And that, Montaigne and Epictetus suggest, is something that I might want to pay attention to.

Consider again the end of Montaigne’s insight above. “We must reserve a back shop all our own, entirely free, in which to establish our real liberty and our principal retreat and solitude.” No one, even the most naturally introverted person (as I am), wants to be alone. But there is a difference between being alone and solitude—it is the latter that Montaigne is advocating. The “back shop” of solitude is where the hard work of figuring out who I am takes place, apart from my profession, my relationships, my social status, my race, my gender—all of the things out of which most of us weave our “selves.” Who am I, apart from all of that? If I can’t answer that question, I have work to do. Regardless of one’s religious or faith commitments (or lack of same), Lent is a great time to work on it.

The goal is what Montaigne describes at the opening of this essay: “The greatest thing in the world is to know how to belong to yourself.” I’m almost 64 years old, and I’m not sure that I even know exactly what that means—but I’m committed to a Lenten exploration of this and related matters. Stay tuned.

February 26, 2020 What I Learned When I Visited Cuba
Recent Comments
0 | Leave a Comment
Browse Our Archives
Follow Us!