A Year After Parkland: Do Guns in the Classroom Make Sense?

A Year After Parkland: Do Guns in the Classroom Make Sense? February 21, 2019 vancemorgan

Valentine’s Day last week marked the first anniversary of the shooting at Marjorie Stoneman Douglas High School in Parkland, Florida. Many argue that the students’ response changed the landscape of the gun debate in this country–I certainly hope so. Because I am a teacher, I’ve paid particular attention over the past year to occasional discussions of something that President Trump suggested shortly after the Parkland shooting as a possible strategy to reduce school gun violence: teachers with guns.

Trump called for “highly trained” schoolteachers to carry guns in their classrooms. If they were armed, they could fire back immediately at school shooters like the young man with an AR-15 semiautomatic rifle who took 17 lives in the Parkland massacre. Beyond that, the President tweeted, the knowledge that teachers have guns of their own would deter “the sicko” from heading to a school in the first place. “ATTACKS WOULD END!” 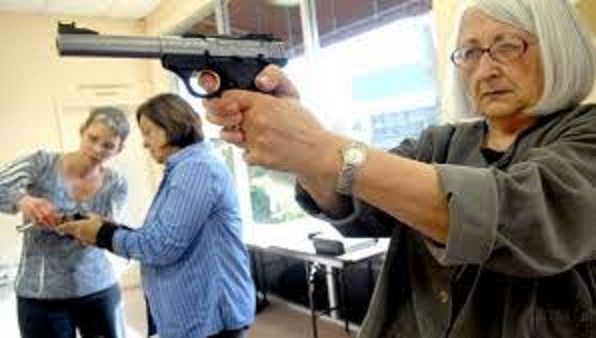 I am a teacher, so was not surprised to read comments like the following on Twitter from fellow educators:

This brief post gathered more likes and comments—mostly from fellow teachers—than any Facebook message I have ever posted. The unanimous consensus, not surprisingly, was that the very thought of arming teachers is ludicrous and a non-starter. The same sentiment was shared by the dozen or so colleagues whom I joined for a Friday afternoon beer at our on campus watering hole a couple of days ago. A colleague reported that one of his students mentioned the possibility of his professor being armed would make him think twice about skipping class; we quickly lost count of all the reasons that arming teachers a bad idea.

Most of the pushback in the media and elsewhere over the past year, understandably, has involved pointing out the dozens of practical problems that such a proposal would raise if anyone actually tried to put it into action. Who pays? Who trains? Where are the guns stored? What is the pay differential? Wouldn’t this money be better spent on badly needed supplies and resources that would actually help teachers? And so on. As befits a philosopher, I suppose, I’ll leave the practical problems for others to discuss. My own resistance has to do with the very nature of learning environments. The proposal to arm teachers, if enacted, would clearly reveal our society’s values and what we consider to be of primary importance. And the picture revealed is a very sad and ugly one.

The text week after next in one of my courses is Cormac McCarthy’s 2006 Pulitzer Prize winning novel The Road. In a post-apocalyptic world, an unnamed father and son wander through a close-to-dead landscape covered in ash, several years after an unnamed cataclysm (Nuclear holocaust? Meteor strike?) ended human civilization. The father and his son are hungry, close to starving, scrounging to find whatever sustenance they can as they wander south through the ash-covered former American southeast. The majority of human beings remaining have reverted to cannibalism in order to stay alive, something that the young boy, who has never known a world other than the nightmarish one he was born into, regularly talks about with his father.

Although the circumstances are obviously different, the national “conversation” about gun violence has reached a point that is comparable to the situation faced by the boy and his father in The Road. Throughout the novel, the boy regularly confirms with his father that they are some of the “good guys” who are “carrying the fire,” the “fire” essentially being the ember of decency and humanity left in a world that contains little of either. I can’t help but be reminded of one of the NRA’s favorite claims: “To stop a bad guy with a gun, it takes a good guy with a gun.” But what if, in order to preserve the very idea of “good guy,” we must identify what things “good guys” will not do, even out of fear, even when they believe their very survival is threatened? 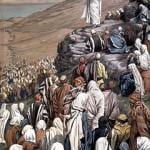 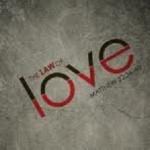