Does Christianity Call for Perfection or Slight Improvement?

Does Christianity Call for Perfection or Slight Improvement? February 24, 2019 vancemorgan

I have the privilege of giving the homily this morning at Trinity Episcopal Church in Pawtuxet, Rhode Island. The texts for the day include Genesis 45 and Luke 6. Here’s the sermon.

When Mitch asked me a few weeks ago to be the sermonizer today, I immediately checked to see what lectionary readings I would be dealing with. As you just heard, today’s readings set the bar very high for us all. In Genesis, we find Joseph—after years of struggle that began with his jealous older brothers selling him into slavery, then telling their father Jacob that his favored son had been killed by a wild animal—as a successful and powerful man just below the Pharaoh in Egypt. 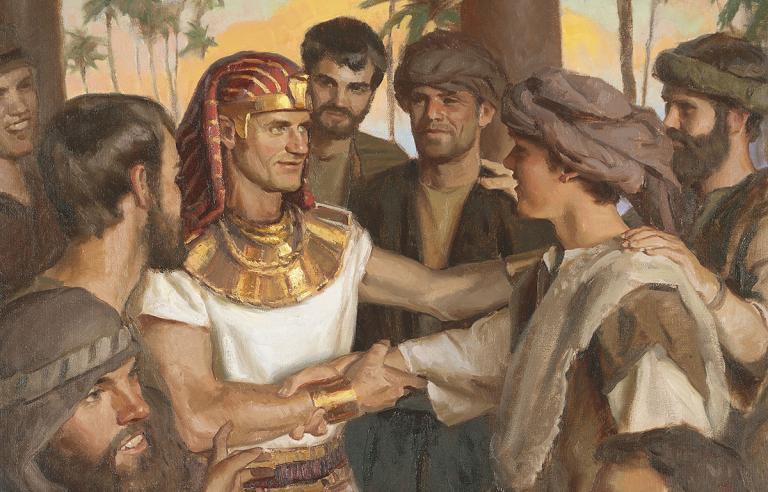 Years after they sold him into slavery, Joseph has every reason to hate his brothers, and also has the perfect opportunity to exact revenge. Instead, after letting them twist in the wind for a time, Joseph reveals his identity to his brothers and forgives them. Unconditionally. Try doing that sometime to someone who has seriously violated your trust and made your life difficult.

Then there’s today’s gospel reading from Luke chapter 6. In the gospel of Matthew version, this is the part of the Sermon on the Mount that comes right after the Beatitudes. As a brief reminder, here’s what Jesus says the attitudes and actions of those who seek to follow Him should be:

And so on—we get the idea. All of which is capped off by this gem: “Be merciful, just as your heavenly Father is merciful.” That’s challenging enough, but here’s how I learned Luke 6:36 as a child in the King James translation: “Be ye therefore perfect, as your Heavenly Father is perfect.” Talk about raising the bar. Thinking about and considering these texts this past week brought to mind a story from my youth, an early indication that my parents had a perfectionist on their hands.

I have no idea why or how Miss Katrina Munn, a graduate of Julliard School of Music with a degree in organ performance, came to spend most of her adult life teaching piano to kids in central, rural Vermont. She was my first piano teacher, from age five (or was it four?) until age eleven. I spent forty-five minutes per week with her in the piano studio attached to her small apartment. While many of her students found her intimidating, she reminded me a bit of my imperious but loving paternal grandmother. But she could have been the Wicked Witch of the West and I would have put up with it, because piano was my life.

Music is in my genes from both sides of my family. I don’t remember when my older brother started piano lessons, but some of my earliest memories involve my mother forcing him to practice his lessons, as well as my jealousy that he was getting to do something I wasn’t old enough for yet. He was an indifferent musician—he could play the notes but had no love of it. I was a different matter once I got started. I recognized the piano as a soul mate as soon as I began lessons. As I got old enough for school, I would rush to our old upright piano as soon as I got home and play until my mother forced me to leave the bench for supper. The piano was my best friend.

Miss Munn recognized immediately that she had a “true believer” on her hands; she allowed me to progress through the standard lesson books at a much faster pace than most. She was a member of a national organization of certified piano instructors, meaning that once per year representatives of this group would visit, listen to her students play assigned pieces and sight-read new ones, grading the students (and presumably Miss Munn) in any number of categories. I remember the two judges as Kafkaesque, austere, unsmiling, unmoving, seated primly next to each other about five feet away on the left side of the piano, silently making checks occasionally on a sheet in front of them. Come to think of it, they looked and acted pretty much as I figured God looked and acted all of the time.

Miss Munn shared the judges’ scores with her students once she received them from the central authorities in the mail. I recall as if it was yesterday the the moment that she reported to me the results of my first judging: Twelve positive checks and zero negative checks. I was elated—I had set a goal of being perfect, and I had been. Miss Munn’s comments on my perfect score, however, were unexpected. She said, “I’m very pleased with the number of positives, but I’m concerned that you had no negatives.” What? What could be better than perfection? She continued by pointing out that my zero negative score was reflective, not of perfection, but of a strong sense of perfectionism that is not desirable in an aspiring pianist (or anyone else, I suspect). By being so concerned with not making any mistakes, I had closed off the possibility of additional positive checks only available if one is willing to take risks. I don’t remember exactly how I processed Miss Munn’s unexpected reaction to my perfect score, but I must have taken it to heart. My score on next year’s judging was twenty-seven positive checks and three negative checks. At least at the piano, I’d begun to learn that growth and excellence begin with embracing imperfection.

As Jeanne said a number of years ago when I first told her this story, that’s a pretty difficult lesson for a five-year-old to learn. Indeed—it’s a lesson that I still struggle with. Miss Munn may have convinced me that perfection is not to be sought at the piano, but Jesus said “Be ye therefore perfect, as your heavenly Father is perfect.” That’s an even tougher lesson for a five-year-old, but it stuck. Not as something to strive for, but as an eternal, impossible, guilt-producing standard whose roots went deeper every year. As I grew older, I knew that this was an impossible standard. I even have said in class, to the nervous discomfort of my students, “What the hell kind of a moral standard is that”?

In The Sovereignty of Good, Iris Murdoch asks “What of the command ‘Be ye therefore perfect?’ Would it not be more sensible to say ‘Be ye therefore slightly improved?’” Three decades earlier, she built this tension into one of her novels, a novel that I will be working through with twelve students in one of my courses next week. The central structural pillars of Murdoch’s 1958 novel The Bell are the dueling sermons on consecutive Sundays of James and Michael, rivals for the leadership of a lay religious community. James, on the one hand, is convinced that moral perfection is well within any human being’s reach—we know what is required of us and just need to stop thinking about it and do it. Perfection is measured by the external standard given to us by God through Scripture and tradition. We fail to be perfect through weakness of will. Throughout the novel James is also revealed as judgmental and self-righteous, rigidly insensitive to the nuances and realities of other people.

Michael, on the other hand, preaches that moral behavior begins with an honest assessment of one’s limitations and imperfections—he says that “one must perform the lower act which one can manage and sustain: not the higher act which one bungles.” Although Michael’s position is far more humane and embraceable than James’, Michael’s life is a series of continual missteps for which he seeks and expects immediate forgiveness from himself and others. When, due to his moral blundering, a member of the community commits suicide, Michael himself becomes suicidal as he realizes that his lazy acceptance of his own limitations has poisoned his relationships and caused him to blindly miss the importance of continually striving for perfection. Contentment with “slight improvement,” in his case, has become identical with self-absorption and stagnation.

So there’s the problem. How am I–how are we–to embrace imperfection while at the same time avoiding complacency? My best clue, which I borrow from Jeanne, who is far wiser than I on these matters, has to do with “the law of love.” Perfection is a deadly burden as long as it is a standard of judgment. But through the lens of love, it becomes something different. As long as my image of perfection involves avoiding judgment by making no mistakes, I live in fear and am doomed to failure. Miss Munn, however, wanted to show me that the growth inspired by taking risks and making mistakes without fear is directed toward a perfection of a very different sort.

Our challenge this morning is to understand that being a follower of Jesus requires, first and foremost, a willingness to stop judging ourselves and each other. It involves believing that we are called to live out our faith as both the recipients and bearers of divine love, a love we are called to bring into the world as we live our daily lives. We are not called to be perfect in the sense of never making mistakes. We are called to become better and better unique incarnations of divine love, a love that cannot help but change everything that is within our reach. The wise Abbess in The Bell tells Michael toward the end of the novel that “The idea of perfection moves, and possibly changes, us because it inspires love in the part of us that is most worthy.” And as we read in First John, “perfect love casts out fear.” 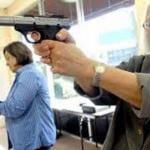 February 21, 2019
A Year After Parkland: Do Guns in the Classroom Make Sense?
Next Post 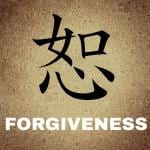