Advent and the Blessing of Being Human

Each Advent for the past eight years, I have had the privilege of giving a sermon at the Episcopal church that I attend (this year I am up on Advent 4). Last year I gave this sermon on the First Sunday of Advent.

In Philosophical Fragments, Danish philosopher Søren Kierkegaard tells a lovely story about a powerful king who falls in love with a lowly maiden. The maiden is unaware of the king’s love, and the king is worried. Knowing that love is built on equality, how is the gap between his royal greatness and her humble maidenhood to be crossed? He does not want to coerce her into loving him by revealing his love in all of its splendor, nor would elevating her to royal status work, since then she would simply be the same lowly maiden with a better wardrobe and job description.

The only possible solution to the king’s problem is remarkably simple. “Since union could not be brought about by an elevation it must be attempted by a descent.” The king must step down from his royal throne and enter the maiden’s hut as an equal. Not as a king in a peasant’s costume, but as a peasant. Only then can he be sure that she might return his love because of the person he is rather than because of the role he inhabits. The king’s advisors and courtiers are astounded—how to explain the choice to leave royalty behind for a simple girl, especially since she is unaware of the king’s love? And this, Kierkegaard reminds us, is precisely the mystery and madness of love, not only of the king for the maiden, but also of God for human beings. “This is the unfathomable nature of love, that it desires equality with the beloved, not in jest merely, but in earnest and truth.”

The dynamic of Advent and the Incarnation is often—usually—described in terms of God’s choice to reduce, to diminish, to descend to the level of humanity for mysterious reasons that lie at the heart of our faith. As Paul writes in his letter to the Philippians, in a passage that many New Testament scholars believe to be the text of an ancient hymn sung in early Christian worship,

Who, being in the form of God, thought it not robbery to be equal with God: But made himself of no reputation, and took upon him the form of a servant, and was made in the likeness of men. And being found in fashion as a man, he humbled himself, and became obedient unto death, even the death of the cross.

But in preparation for a new course I’ll be teaching next semester, I’ve been reviewing essays by Marilynne Robinson, winner of the Pulitzer Prize a number of years ago for her novel Gilead. These essays have caused me to wonder whether there might be an entirely different way in which we might prepare throughout Advent for the Incarnation.

When we try to “make sense” of the Incarnation, to shape the heart of the Christian faith into doctrine, we would do well to remember that the energizing reason for the Incarnation is love—and love is notoriously untheorizable. We know this from human love; to the extent that one tries to explain why one loves another, the love is reduced to something unrecognizable. There is no reason to think that love between God and us will be any easier to get a handle on. But Marilynne Robinson suggests that we might start by considering a possibility that we very seldom, if ever, hear about in church. What if we accept God’s love for humanity, a love so great that it causes God to become human, as a sign that we are worth it? As Robinson writes,

To properly value this pledge of fervent love, the Incarnation, we must try to see the world as deserving of it. . . . What would tip the balance toward accepting the truth of the Gospel? What would make the Incarnation with all it implies credible, even necessary? Reverence toward humankind. The hardest question Jesus puts to us is really whether we believe in ourselves.

Let’s imagine the challenge presented to the king who now, as a peasant, must win the love of the maiden whom he inexplicably loves. Surely there will be regular temptations to rely or fall back on what he has left behind—his power, wealth, connections, and status. But if she is to truly love him, she must love him for what he truly is—a human being just as she is, hopefully the best that a human being can be. He must live, work, eat, and sleep in the same world as she does, with no special favor or trappings. And this is precisely what we find Jesus doing in the Gospels. He lives a human life in which divinity shines through fundamental ordinariness. Marilynne Robinson writes,

How does such a being live in the world? If his divine nature is granted, what shape and content will it impart to his singular, mortal life? Jesus participates profoundly in human life without any compromise of his divine nature. This is an extraordinary statement about the nature of human life. The Gospel writers can evoke at the same time a figure so persuasively human that his life seems sufficient in itself, without any reference to his transcendence. This means that his Incarnation, his life on earth, was real. It is surely among the mysteries of Incarnation that Jesus could take on human language as well as human flesh, and that he could find it suited to his uses. In what human form can the divine be wholly present without violating the conditions of human existence? A very ordinary life, it would seem. There is much that is thrilling and telling in the thought that true divinity can assume the place of a human being and yet remain an ordinary man to every mortal eye.

When reading the Gospels, we often are drawn to Jesus’ miracles as moths to a flame, the events in which Jesus’ humanity seems temporarily unable to contain his divinity. But Jesus himself never seems to think of the miracles that way; he regularly emphasizes their ordinariness, and discourages anyone seeking to follow him simply because of the miracles. Jesus often instructs the recipients of his miracles not to tell anyone; furthermore, after many months in Jesus’ presence, his disciples are sent out to do the very things that we consider to be miraculous. About his miracles, he tells his followers “Greater works than these shall you do.”

In his “Divinity School Address,” Ralph Waldo Emerson suggests that we should accordingly consider Jesus in a new way:

Alone in history he estimated the greatness of man. One man was true to what is in you and me. He saw that God incarnates himself in man, and evermore goes forth anew to take possession of his World. He said, in this jubilee of sublime emotion, “I am divine. Through me, God acts; through me, speaks. Would you see God, see me; or see yourself”. . . He was the only soul in history who has appreciated the worth of man.

During this Advent season, as we await the Incarnation anew, we would do well to remember, in the midst of daily reminders of how deeply into apathy, depravity, and evil human beings are capable of descending, that we are also the recipients of divine love, a love of which, in some inexplicable way, we are worthy. This should make a difference in how we think about and act toward ourselves and each other. Marilynne Robinson again:

So let us say Christ entered the world as essential truth, cosmic truth mediated to us in a form presumably most accessible to us, a human presence, a human life. That he should have done so is an absolute statement of our value, which we have always done so much to obscure. It is possible to claim a dignity for humankind that is assured because it is bestowed on us, that is, because it is beyond even our formidable powers to besmirch and destroy. Human beings are sacred things whom it is indeed blasphemy to wrong. Only think what we are, then why God might have a fondness for us.

Let’s not be afraid to make this personal during this Advent season. If God has taken pleasure in his creation, there is every reason to assume that some part of his pleasure is in your best idea, your most generous impulse, your most disciplined thinking on whatever is true, honorable, just, pure, pleasing, excellent, and worthy of praise. 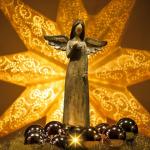 November 29, 2018
Trailing Clouds of Glory, We Come From God
Next Post 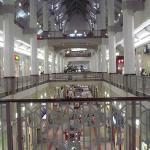 December 4, 2018 The Taming of Christmas, and How to Make it Wild Again
Recent Comments
0 | Leave a Comment
Browse Our Archives
Follow Us!