Trailing Clouds of Glory, We Come From God

Trailing Clouds of Glory, We Come From God November 29, 2018 vancemorgan

As we approach the Advent and Christmas seasons, I am in a forward-looking and hopeful mood. But that also involves looking back to a point in my life, not that many years ago, when hope took on a new meaning for me. 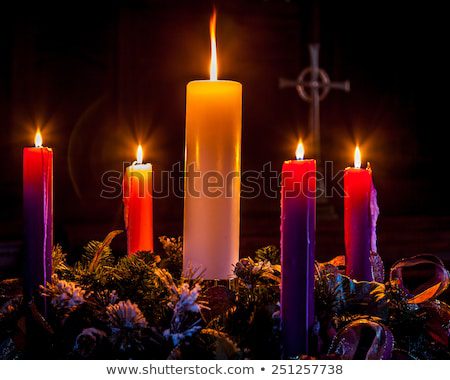 The great but incredibly difficult German philosopher Immanuel Kant, in a rare moment of clarity, wrote that all important human questions can be boiled down to these three: WHAT CAN I KNOW? WHAT OUGHT I TO DO?  and WHAT MAY I HOPE FOR? The Advent and Christmas seasons focus on the last of these three questions. A major figure in the seasons’ stories is John the Baptist, Jesus’ relative who once sent his disciples to ask his cousin a “What may I hope for?” question. “Are you the one who is to come, or are we to wait for another?” This is one of the many poignant and excruciatingly human scenes in the gospels—John has been imprisoned by Herod Antipas and his head will be on a plate soon. He is by no means the only prophet in the land—they came a dime a dozen in those days. Nor is Jesus the only Messiah candidate around—Israel is full of them. So John’s question is not an academic one. What he really wants to know is “has my whole life been a waste?”

Jesus’ answer to John’s question relies on John’s knowledge of the prophet Isaiah. “Go and tell John what you hear and see: the blind receive their sight, the lame walk, the lepers are cleansed, the deaf hear, the dead are raised, and the poor have good news brought to them.” Hopefully the message got back to John before he was executed by Herod. The man whom you baptized is the real deal–the Messiah has truly come. That’s what John foretold and waited for.

And that’s what we wait for every Advent and Christmas season. As Christians we anticipate and celebrate what we believe to be the single most important event in human history—the Incarnation. But there has always been a secret, perhaps perverse part of me that asks, “so what?” What exactly are we celebrating at Christmas? What difference do the circumstances of Jesus’ birth make, a story told differently by Matthew and Luke and considered to be so insignificant by Mark and John that they don’t even include it? As the 13th century Dominican monk Meister Eckhart provocatively asked, “What good is it for me that Christ was born a thousand years ago in Bethlehem?”

During the first five months of 2009, I spent a sabbatical semester as a resident scholar at an ecumenical institute on the campus of St. John’s University, run by the Benedictine Catholic order, in Collegeville, Minnesota. My academic plans were set; a well-defined book project was ready to be written. But upon arrival, it gradually became clear to me that something else was going on.

For most of my then fifty-plus years, I had struggled with the conservative, fundamentalist Protestant Christianity in which I was raised. What became clear to me in Minnesota was that what I thought was a long-term, low-grade spiritual dissatisfaction had become, without my being aware of it, a full-blown spiritual crisis. Beneath my introverted, overly cerebral surface my soul was asking John’s question—“Are you the one, or is it time to look for another?”

The answer developed quietly, subtly, unheralded, over the weeks and months. As I tested the waters of daily prayer with the monks at St. John’s Abbey, I noticed a space of silence and peace slowly opening inside of me that I had never known. No voices, no visions, no miracles—but I was writing differently. The low-grade anger that had accompanied me for most of my life began to dissipate. I felt more and more like a whole person instead of a cardboard cutout of one. The world looked different. I felt different. Eventually a few of my colleagues said “you’re not the same person you were when you first got here.” And they were right–I wasn’t. I began spending more time with the monks at prayer, often three times daily. Essays began to flow from a place I didn’t recognize, but really liked. Little had changed outwardly, but everything was changing.

As the day of returning home after four months drew near, I was worried. Would these changes be transferable to my real life? Would this space of centeredness and peace be available during a typical 80-90 hour work week in the middle of a semester? Or would these changes soon be a fond memory, to be stored in an already overfull internal regret file?

Two days before leaving, one of the Benedictines preached at daily mass (which I did not normally attend). In the middle of an otherwise forgettable homily, he quoted the obscure St. Catherine of Genoa, who said “My deepest me is God.” This was the answer. The space of quietness, silence and peace inside of me, the one I’d never known and had just discovered—is God. I was stunned. Tears filled my eyes. I tingled all over. I’m tingling all over right now as I write this. Because what I had been looking for is here. And it is transferable. Trust me.

I used to think that the evidence Jesus sent to John in prison—the blind see, the lame walk, and all of that—was all well and good, but I’ve never seen a blind person healed, I’ve never seen a cripple stand and walk. But I was looking in the wrong place. Because although I don’t see perfectly, I’m a little less blind than I was. My frequent tone-deafness to the needs of others is getting a little better. My inner cripple is now walking with a limp. Some days I even think I know what Lazarus must have felt like as his sisters started to unwrap his grave-clothes. A few paragraphs ago I quoted Meister Eckhart—but only half of the quote. The full quote is “What good is it for me that Christ was born a thousand years ago in Bethlehem, if he is not born today in our own time?” The answer to that pressing question? He is born today. In us.

Let’s make this Advent and Christmas season a coming home, an embracing of the true, continuing mystery of the Incarnation. Yes, God became flesh. And God continues to be incarnated in you, in me. This is our heritage and the promise to us. Our deepest me is God. William Wordsworth expressed this truth beautifully: “But trailing clouds of glory do we come from God, who is our home.”

I’m hoping that in the darkness of his dungeon cell, John remembered his father Zechariah’s words spoken at John’s naming ceremony, words that I’m sure were part of the family stories in John’s childhood. The Song of Zechariah, the “Benedictus,”  is the canticle that closes every morning prayer service in the Benedictine daily liturgy of the hours. You may remember that Zechariah had not spoken for months, struck dumb because he found it difficult to believe the angel’s announcement that his wife Elizabeth, well past child-bearing years, would bear a son.

Let’s walk in that dawn together. 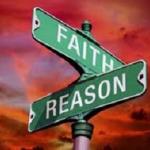 December 2, 2018 Advent and the Blessing of Being Human
Recent Comments
0 | Leave a Comment
Browse Our Archives
get the latest from
Freelance Christianity
Sign up for our newsletter
POPULAR AT PATHEOS Progressive Christian
1