An April Fools Day Question About Jesus: Did He Ever Laugh?

An April Fools Day Question About Jesus: Did He Ever Laugh? March 31, 2021 vancemorgan

I know we’re in the middle of Holy Week. I know that today is Maundy Thursday and that tomorrow is Good Friday. But according to the calendar, today is also April Fools Day. So let’s step back, lighten up a bit, and ask a profoundly important question. Did Jesus ever laugh?

One of the many enjoyable occurrences at the end of each semester is occasionally receiving thank-you notes from students. Often they come from quiet students who said little in class but eloquently mention a moment or a text from the semester that made a difference or that will stick with them. The bookshelves in my philosophy department office are lined with such cards and notes, welcome reminders that once in a while something works better than expected.

A couple of years ago I received such a note from a student in the Honors interdisciplinary class that I teach with two colleagues. The student wrote that our class was “the best college course I’ve ever taken,” a judgment tempered slightly by the fact that she was a freshman and at the time had only taken six college courses in her higher education career. Later in her note, however, she thanked the three of us for our senses of humor, writing that “I have never laughed so hard or as often in any class I have ever taken.”

That one I’ll cherish for a long time, because my teaching philosophy for years has been shaped by Simone Weil’s observation that “The intelligence can only be led by desire. For there to be desire, there must be pleasure and joy in the work. The intelligence only grows and bears fruit in joy. The joy of learning is as indispensable in study as breathing is in running.” For this student, at least, mission accomplished.

When it comes to learning, laughter is serious business. Although they often do not occupy front row seats in the pantheon of philosophical greats, many of my favorite philosophers—Epictetus, Montaigne, Hume, Nietzsche and others—depend on various forms of humor to shape their thought. Irreverence is a particularly effective philosophical tool. A logical argument demonstrating that human capacities do not match human pretensions is not as effective as Montaigne’s “even on the loftiest throne in the world, we are still sitting on our own ass.” Nietzsche, perhaps the greatest master of irreverence in the philosophical Western tradition, undermines commitment to logical precision with “It is hard enough to remember my opinions, without also remembering my reasons for them!” and scoffs at piety with “I cannot believe in a God who wants to be praised all the time.” As I told a junior faculty member after observing a skilled but humorless performance in his logic class, “philosophy is serious, but it isn’t deadly serious.”

In Umberto Eco’s masterful The Name of the Rose, laughter plays an unexpectedly central role. Set in a fourteenth-century Benedictine monastery, Eco weaves murder, heresy, liturgy, medieval medicine, sexual deviance, the Inquisition, opulence in the face of abject poverty, and political intrigues between the Emperor and two competing popes into a memorable fictional tapestry. A central thread in that tapestry is a question that sparks frequent and passionate debate: Did Christ ever laugh? This seemingly random question becomes the center of an intense debate that ultimately involves far more than academic curiosity. Jorge, the venerable and blind former librarian insists that Christ never laughed. Not only is there no record of such a thing happening, but there are also solid theological reasons for denying laughter to Jesus. “Laughter foments doubt,” Jorge argues, and doubt undermines those things about which we must be certain. Those in doubt must turn to the relevant authority—a priest, abbot, text—to remove uncertainty.

Laughter makes light of what is most serious and most indubitable.

William of Baskerville, the visiting Franciscan monk who becomes the medieval Sherlock Holmes seeking to solve the mystery of several murders at the abbey, counters that there is nothing in the sacred texts indicating that Jesus did not laugh, and also points out that laughter is part of human nature (and Jesus was human, after all). Furthermore, William claims, “sometimes it is right to doubt,” given that doubt and uncertainty are part of the natural human rational thought process. “Our reason was created by God, and whatever pleases our reason must also please divine reason.” William is not given to hilarity, but has a keen eye for the ironic and incongruous throughout the novel, frequently showing that the true pursuit of truth often takes one down paths of uncertainty and irreverence. The adventure and openness of the process is far more instructive than any certainty that hypothetically lies at the end of the path.

As the novel progresses to its dramatic conclusion and the body count of dead monks increases, the depth of Jorge’s commitment to certainty and rejection of the twin demons of laughter and doubt is revealed. For decades, Jorge has been the self-appointed concealer of the only existing copy of Aristotle’s lost treatise on comedy, in which Aristotle shows that the value of comedy is to cause us to laugh at power, at pretension to greatness, and at human aspirations. Laughter allows us, at least temporarily, to abandon fear. In Jorge’s estimation, laughter is the enemy of authority, both temporal and spiritual, and must be snuffed out at all costs. Accordingly, he has murdered those in the abbey whom he

suspected of knowing about and lusting after this dangerous text.

In the climactic confrontation  between Jorge and William at the novel’s denouement, as the depths of Jorge’s insane commitment to protecting certainty and truth  become apparent, William exposes the true nature of Jorge’s obsession. “You are the Devil. The Devil is not the Prince of Matter; the Devil is the arrogance of the spirit, faith without smile, truth that is never seized by doubt. The Devil is grim because he knows where he is going, and, in moving, he always returns whence he came.” Jorge has shaped his life and actions according to his conviction that truth is to be protected, that it must be defended against all threats—there is a strong element of fear in his conviction that he owns the truth. He is absolutely right about one thing, though—laughter and doubt are direct threats to everything he considers holy. Laughter can bring pretensions to certainty and truth to their knees far more effectively than argumentation. Rather than face such a world, Jorge destroys the book, himself, and ultimately the library and entire monastery.

In the final pages of The Name of the Rose, in the midst of smoking ruins and ashes, William reflects with his young apprentice Adso on what they have seen and experienced. William refers to the dead Jorge as the “Antichrist,” an appellation that Adso does not understand.  “The Antichrist,” William explains, “can be born from piety itself, from excessive love of God or of the truth, as the heretic is born from the saint and the possessed from the seer. Fear those who are willing to die for the truth, for as a rule they make many others die with them.” What is to be learned from the tragic and apocalyptic events at the abbey? William’s speculation is one that all seekers of truth and lovers of human beings should take to heart. “Perhaps the mission of those who love mankind is to make people laugh at the truth, to make truth laugh, because the only truth lies in learning to free ourselves from insane passion for the truth.”

Anne Lamott, whose work causes me to laugh more than any author I can think of, defines laughter as “carbonated holiness.” Laughter is not only uniquely human, it is one of the many signs of divine love that each of us carries into the world daily. Did Jesus laugh? That depends on whether he was a human being or not. Since incarnation, humanity infused by divinity, is at the heart of the Christian faith, laughter is a fundamental expression of God in us. “Lighten up!” is a call to holiness. 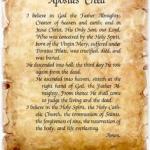 March 29, 2021
A Holy Week Reflection: Faith is More Important than Doctrine
Next Post 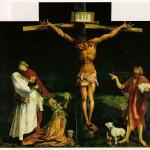 April 2, 2021 A Good Friday Meditation: God is With Us
Recent Comments
0 | Leave a Comment
"I'm always intimidated by comments that are longer than my original essay."
Vance Morgan Don’t Put Jesus Back in the ..."
"The Easter Story has traditionally included supernatural miracles and religious meanings. For most Christians, Jesus ..."
John Frederick Noack Don’t Put Jesus Back in the ..."
"agreed."
Brandon Roberts Faith and Doubt Go Hand in ..."
"One of my favourite quotes:Certainty is vastly overrated and is frequently dangerous, especially when claimed ..."
Lost Explorer Why Doubt Is My Favorite Virtue
Browse Our Archives
get the latest from
Freelance Christianity
Sign up for our newsletter
POPULAR AT PATHEOS Progressive Christian
1