Are We Tending Toward Justice?

I was reminded when I visited the MLK Memorial in Washington DC a couple of days ago of a hopeful statement from Dr. Martin Luther King, Jr. that former President Barack Obama quoted frequently, one of the many MLK statements carved into the walls of the memorial: “The arc of the moral universe is long, but it tends toward justice.” The quote was so important to the former President that he had it woven into a rug in the Oval Office. The statement is controversial, because it can be used to justify all sorts of ideas (since there are many conceptions of what “justice” amounts to), as well as a justification for doing nothing (since history is guided in the long term toward justice regardless of what we do). A more basic question to ask about Dr. King’s claim is simply “Is it true?” 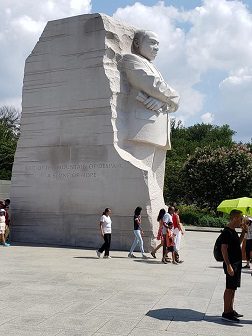 This claim came to my attention a bit over a year ago, as I spent a couple of mornings with fifteen colleagues at a seminar for honors faculty that occurs at the end of every academic year on my campus. One of my colleagues led the second morning’s discussion on Ta-Nehisi Coates’ Between the World and Me, a book that had been on my “must read” list for the past two or three years. Coates’ book is written as an extended letter to his son, providing as much insight and wisdom as Coates can muster concerning the challenges of growing up as a black man in this country.

The book has many virtues, but there is one particular feature of it that I keet thinking about several weeks after our discussion. Coates is an unapologetic atheist, cautioning his son frequently against the temptation to see some sort of divine plan behind the suffering of African-Americans over the centuries in this country. He references, for instance, the notion that the horrors of slavery were a necessary step in the direction of slow but inexorable progress toward rights and freedom.

Perhaps struggle is all we have because the god of history is an atheist, and nothing about his world is meant to be. So you must wake up every morning knowing that no promise is unbreakable, least of all the promise of waking up at all. This is not despair. These are the preferences of the universe itself: Verbs over nouns, actions over states, struggle over hope.

I have become convinced over the years that human beings cannot live for long without hope, and find that the strong conviction that there is something more going on than meets the eye is a conviction that not only shapes my life, but is one that I cannot imagine lacking. But this does not make my faith commitment “better” than Coates’ atheism—it simply means that each of us has to find our own ways toward meaning through a reality that very possibly offers little or no meaning to be found. The arc of the moral universe will tend toward justice only if we are committed daily to bending it in that direction. 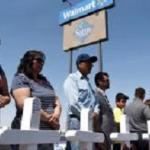 August 8, 2019 We are not better than this, and this is exactly who we are
Recent Comments
0 | Leave a Comment
Browse Our Archives
Follow Us!

Does Paul "Split the Shema"?
Mike Kok blogged recently about some of my academic work on Christology...
view all Progressive Christian blogs
What Are Your Thoughts?leave a comment
Copyright 2008-2020, Patheos. All rights reserved.