“Christians Tired of Being Misrepresented.” “I’m Not That Kind of Christian.” “The Christian Left.” These are the names of a few of the Facebook pages on which I am grateful that my blog posts regularly get shared. The names of these sites raise important questions. What kind of Christian are you not? In what ways have Christians been misrepresented? The answers to such questions all point in the same direction.

A certain Christian demographic has, over the past few decades, been so successful in promoting their interpretation of Christianity (as well as its accompanying social and political implications) that their way of “being Christian”—one among many possibilities—has become synonymous in American culture and the media with Christianity without remainder. Just as “Islam” has come for many to be synonymous with religiously fueled terrorism, “Christianity” has come to be identified with a conservative social and political agenda fueled by a religion of anger, suspicion, fear, and judgment—all in the name of a God of all-encompassing love. It’s a shame, a disgrace, and a scandal to the Christian faith. 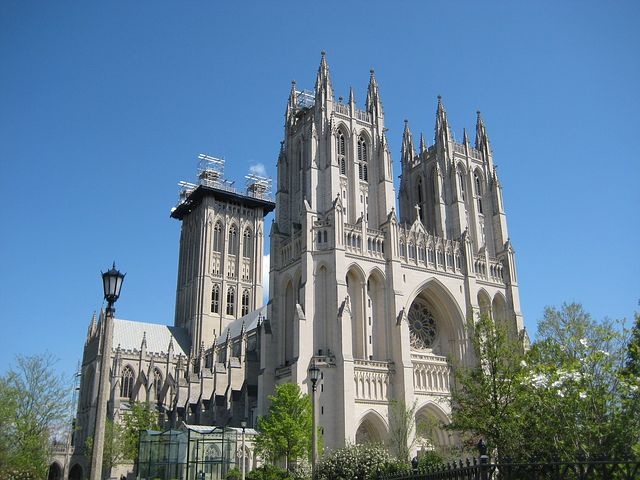 That’s why I so appreciated a public statement released last Tuesday from the faith leadership at the Washington National Cathedral. “Have We No Decency? A Response to President Trump,” a joint statement from the Bishop of the Episcopal Diocese of Washington along with the Dean and the Canon Theologian of the Cathedral, made me proud to be an Episcopalian and is a reminder of how faith can speak to power rather than join it in an unholy alliance or be silent.

The statement, of course, was in response to a couple weeks’ worth of odious and racist tweets and statements from the President, first aimed at four House members who are women of color, then at Representative Elijah Cummings. Although promulgated from a national house of worship, “the sacred space where America gathers at moments of national significance,” the content of the statement is something that all persons with a moral compass—whether persons of faith or not—can affirm. But as I usually do in this blog, I write from the perspective of a person of Christian faith.

The title of the essay is derived from U.S. Army attorney Joseph Welch’s exasperated question for Senator Joe McCarthy at a hearing in 1954.

Until this moment, Senator, I think I never really gauged your cruelty or your recklessness . . . You have done enough. Have you no sense of decency?

Welch’s question is often identified as the point where the tide definitively turned against McCarthy’s bullying and fear-mongering in the name of rooting out Communist influences. As the authors of the Cathedral statement point out, it was also a question for the nation—a question that is as relevant at this moment in our history as it was sixty-five summers ago. Have you had enough of this crap? When is enough enough? When does decency demand a response?

The National Cathedral statement begins its statement with a clear description of where we are in our national “conversation.”

Make no mistake about it, words matter. And, Mr. Trump’s words are dangerous. These words are more than a “dog whistle.” When such violent, dehumanizing words come from the President of the United States, they are a clarion call, and give cover, to white supremacists who consider people of color a sub-human “infestation” in America. They serve as a call to action from those people to keep America great by ridding it of such infestation. Violent words lead to violent actions.

Don’t be distracted by debates about whether the President is a racist, in other words. Whether he is a racist or not, his words are enabling, giving cover and comfort to people who are racist. We know who the President is; we know who and what these people are. The question is not “have they have no decency?” The question is, “have we no decency?”

The heart of the National Cathedral statement is eloquent and straightforward, cutting straight through the obfuscation, tentativeness, and qualifying that have become so familiar when engaging with moral absolutes.

As leaders of faith who believe in the sacredness of every single human being, the time for silence is over. We must boldly stand witness against the bigotry, hatred, intolerance, and xenophobia that is hurled at us, especially when it comes from the highest offices of this nation. We must say that this will not be tolerated. To stay silent in the face of such rhetoric is for us to tacitly condone the violence of these words. We are compelled to take every opportunity to oppose the indecency and dehumanization that is racism, whether it comes to us through words or actions.

There is nothing here that requires any particular faith commitment, or any faith commitment at all. It is perfectly possible for a person with no religious faith commitment to believe in the equal value of all human beings, regardless of surface level characteristics that we tend to use as defining and morally important distinguishing factors.

Peter Wehner in The Atlantic

Wehner begins by quoting Ralph Reed, the founder and chairman of the Faith and Freedom Coalition, who told the Coalition’s gathering recently that “There has never been anyone who has defended us and who has fought for us, who we have loved more than Donald J. Trump. No one!” An anonymous pro-Trump evangelical friend told Wehner that “I have never witnessed the kind of excitement and enthusiasm for a political figure in my life. I honestly couldn’t believe the unwavering support they have for Trump.”

Wehner’s analysis traces this unwavering support to a sense of being wronged, to a perception that Christians are discriminated against, and—primarily—to fear. Fear that their own particular and peculiar understanding of their faith, along with the moral framework and political/social agenda that accompany it, is in danger of being overwhelmed by “Others,” people who do not share their vision of how the world should look and be. In a recent Time article, David French provides a similar analysis.

Talk to engaged evangelicals, and fear is all too often a dominant theme of their political life. The church is under siege from a hostile culture. Religious institutions are under legal attack from progressives. The left wants nuns to facilitate access to abortifacients and contraceptives, it wants Christian adoption agencies to compromise their conscience or close, and it even casts into doubt the tax exemptions of religious education institutions if they adhere to traditional Christian sexual ethics.

French responds with something he (and presumably these fear-filled evangelicals) learned in Sunday School.

The evangelical church is called to be a source of light in a darkening world . . . Indeed, of all the groups in American life who believe they have the least to fear from American politics, Christians should top the list. The faithful should reject fear. This is made plain to young Christians from the early days of Sunday school. There, many millions of young believers are taught the biblical verse: “For God gave us not a spirit of fear but of power and love and self-control.

Both articles are well worth your time. But for the moment, I simply appreciate the clarity of the statement from the National Cathedral as it speaks truth to both power and fear. This is why I am a person of Christian faith. I am in Washington D. C. this weekend tagging along with my wife Jeanne as she works at a convention. Google Maps tells me that the National Cathedral is 3.5 miles from our hotel—that’s a bit of a hike. But if it’s not too hot, I might head there today, sort of as a pilgrimage. A pilgrimage to a place that reminds me that the heart of my Christian faith is both simple enough to be stated in a sentence or two—beginning with the sacredness of all human beings—but also strong enough to speak truth to power that is abused in front of our eyes on a daily basis.

The National Cathedral statement ends by reminding us that on inauguration day in January, 2017, the Cathedral hosted an interfaith prayer service for the new administration, a service in which “We prayed for the President and his young Administration to have ‘wisdom and grace in the exercise of their duties that they may serve all people of this nation, and promote the dignity and freedom of every person.’” I’ve seen little to no evidence over the past two and a half years that the President has resonated with any of these prayers. But I can. And so can you. 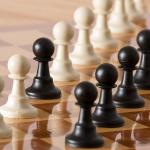 August 1, 2019
Facing the Greatest Fear of All
Next Post