In the interdisciplinary program I teach in and used to direct, the first semester faculty have to make many tough choices. Iliad or Odyssey? What texts from the Hebrew Scriptures? The New Testament? What to use from Plato and Aristotle–or, God forbid, Plato or Aristotle? And no less challenging—which of the triumvirate of great Greek tragedians? Usually it is a toss-up between the profundity of Sophocles and the brilliance of Euripides, but for one recent fall semester, my teammate and I opted for the first of the trio, Aeschylus. We spent a week with sixty-five freshmen in The Oresteia, a trilogy with enough violence and dysfunctional family intrigue to hopefully satisfy the most scandal-hungry eighteen-year-old. Perhaps some of the playwright’s profound insights into the human condition seeped in as well. 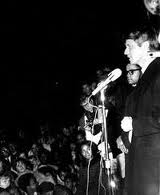 More than fifty years ago, early lines from Agamemnon, the first play of Aeschylus’ trilogy, were quoted by Robert F. Kennedy in Indianapolis toward the end of a brief, impromptu eulogy of Martin Luther King, Jr. who had been assassinated in Memphis earlier in the day. Kennedy, who would himself be killed by an assassin’s bullet just two short months later, included these lines from the Chorus’ first speech in the play as a sobering piece of one of the great speeches in American history:

Even in our sleep, pain which cannot forget

falls drop by drop upon the heart until,

in our despair, against our will,

comes wisdom through the awful grace of God.

I was reminded of both Dr. King and Bobby Kennedy  as well as these lines from Aeschylus during some time ago during an episode of “The Moth Radio Hour” on NPR.

Sala Udin on “The Moth”

One of the story-tellers at the Moth event was Sala Udin, who, as a Freedom Rider in Mississippi in the 1960s, came within an inch of losing his life after being stopped and then viciously beaten by the Mississippi State Police. In his jail cell, as he looked at his battered and disfigured face in the mirror, he thought “I don’t know why they didn’t kill me, but they should have. Now I’m committed. I’m clear. I will never stop fighting racism and injustice. I’m going to be a Freedom Rider for the rest of my life.” Udin and thousands like him were some of those drops upon the heart that Aeschylus wrote of over two millennia ago. Because of persons like Udin, change in the direction of wisdom incrementally but inexorably comes “against our will,” a change that although real is nowhere near complete.

I was born in 1956 and was too young to be directly involved in the early days of the Civil Rights movement, but have often wondered whether I would have wanted to be a Freedom Rider if I had been old enough and had been given the opportunity. I have no reason to believe that I would have, but take a small amount of comfort in the belief that once the habit is developed, courage tends to be available in the amounts needed by present circumstances. I have never been faced directly with the question of what I would be willing to stake my life on and possibly die for, but can at least hope that faced with the decision to act on what things are worth risking or even losing my life for, I would not immediately run away. 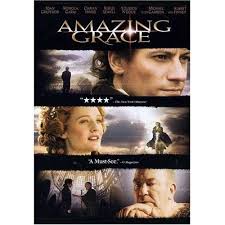 Jeanne and I watch lots of television and movies, with access to enough streaming services to keep us watching until we die. But during coronavirus seclusion, we have occasionally been pulling DVDs of many of our favorite movies off the shelf to rewatch. Last weekend we returned to one of our favorites, Amazing Grace. The 2007 movie includes fine acting performances from various rising young actors who would become the hottest performers going—Ioan Gruffudd, Benedict Cumberbatch, Rufus Sewell, Romola Garai—the wonderful Ciaran Hinds (who knew that Julius Caesar was in the House of Commons?), and two of my favorite older actors, Michael Gambon and Albert Finney. Amazing Grace is the story of William Wilberforce’s twenty year campaign to end the slave trade in England, finally accomplished in 1807 (the movie is a celebration of the bicentennial of that legislation). I have no idea how historically accurate the movie is, but as my good friend and colleague Rodney used to say, if it isn’t true it should be. It’s a great story.

Although there are certainly “good guys” and “bad guys” in the movie, no one is close to saintly or perfect. Wilberforce’s (played by Gruffudd) dogged attempts to end slavery meet with resistance for reasons that sound unfortunately familiar. Ending the slave trade will be devastating economically, there is “evidence” that the slaves in the colonies live better than the poor in England, non-whites in the colonies are “the white man’s burden,” as Rudyard Kipling will write decades later, and so on.

As he encounters multiple defeats and disappointments, Wilberforce is on the brink of despair when he has a conversation with his childhood minister, John Newton (played by Finney). Before becoming a member of the clergy years earlier, Newton had been a successful captain of a slave ship; through various powerful and transformative experiences, he recognized the evil underlying his profession, and famously wrote a poem that he set to a familiar and popular tune. The result was “Amazing Grace,” perhaps the most beloved song in the hymnal, in which the now-blind Newton wrote “I once was lost, but now am found; was blind, but now I see.”

In the middle of their conversation, Newton mentions he has heard that Wilberforce is returning to the faith of his youth; Wilberforce confirms the rumor, but says that while he badly needs divine inspiration and help, there have been no inspirational lightning bolts thus far. “Ah,” replies Newton, “but God sometimes does his work through gentle drizzle rather than storms.” 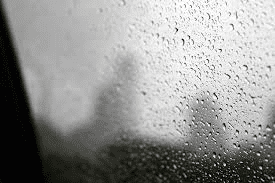 It is many more years before Wilberforce and his supporting cohorts from all walks of life land on a strategy that finally works, confirming Newton’s insight. The frontal attacks of previous years, energized by righteous anger, eloquent statesmanship, and the best of moral intentions have failed again and again.

It is not until an obscure lawyer in Wilberforce’s entourage of like-minded persons suggests a new strategy—essentially “we cheat”—that success is finally won. Through behind-the-scenes manipulation and the use of a long neglected, virtually unknown set of maritime regulations, Wilberforce does a brilliant end run on his political opponents and slavery in Great Britain soon crumbles under its own weight. It will take more than another half century and a brutal Civil War for the same to happen in the United States.

God sometimes does his work through gentle drizzle rather than storms. Ain’t it the truth? That certainly has been my experience, both in my own life and as I have observed the world around me for more than six decades. In its Latin roots, to “convert” means to “turn around,” but this turning is more often like a sunflower following the sun in its slow course across the sky than a dynamic and once-for-all event.

I am an optimist at heart, something that is often difficult to sustain when I think about how much there is to be accomplished in my own life and in the world around me, thoughts even more present than usual these days. It’s worth remembering that a steady rain, even a gentle drizzle, is better for my plants and grass than an inch-in-a-half-hour downpour. Beneath the layers of violence, hatred, ignorance and despair, something holy is lurking. Let the gentle drizzle and drops upon the heart release it. 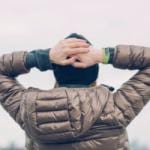 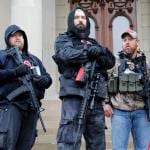 May 8, 2020 How to Speak About Gun Violence
Recent Comments
0 | Leave a Comment
Browse Our Archives
get the latest from
Freelance Christianity
Sign up for our newsletter
POPULAR AT PATHEOS Progressive Christian
1