How to Speak About Gun Violence

The final unit in my General Ethics class that ended last week was Gun Violence. We spent the last five 75-minute classes on Zoom reading and discussing contemporary essays from philosophers on the Second Amendment, gun violence, and why all attempts to curb gun violence and mass shootings to date have essentially failed. My students, mostly 20-21-year-old juniors and seniors, were born into and have lived in a world in which gun violence and mass shootings are tragically “normal” occurrences. Most of them were born just before or just after the Columbine shooting in 1999.

There was a good deal of both outrage and apathy in my students’ remarks both in class and in their required weekly written reflections—outrage because, as one student wrote, “it took a global pandemic to show down mass shootings in this country,” and apathy because just about no one had much hope that anything was going to change any time soon. Several students noted that, as predictably happens immediately after any mass shooting, guns sales spiked as states began to issue lock down directives because of the coronavirus. And then, just before our last class, armed protestors against coronavirus seclusion occupied the Michigan state capitol building. I could hear the collective sigh of frustration from my students. 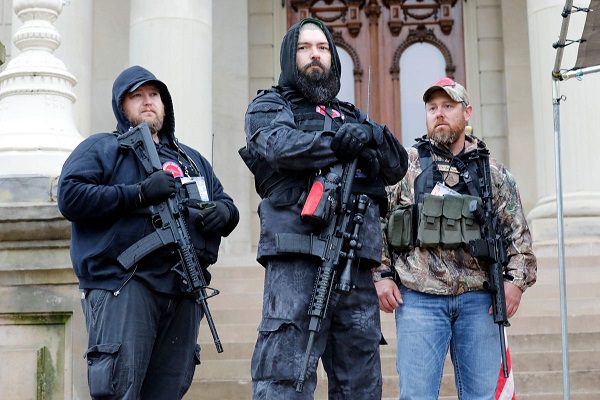 Fortunately, we also talke about things that each individual person can do to push back against the gun violence that affects our country more than any other “first-world” country in the world. One of these things has to do with paying attention to words and how we verbally express ourselves.

Philosophers love words. We love to dissect them, analyze them, write insufferably boring and inscrutable articles and books about them, and talk among ourselves in a code that only the most inside of the insiders understand. But beneath their PhDs and pretension, philosophers are on to something. Words matter. A lot. As Ludwig Wittgenstein—arguably the greatest philosopher of the twentieth century—wrote, “the limits of my language are the limits of my world.” Our words shape our world. And if we want to change our world, we might want to consider paying close attention to our words—and changing them.

I first encountered both the difficult and liberating aspects of changing my words and language when writing my Master’s thesis over thirty years ago. I grew up in a world where language was entirely skewed in the direction of maleness—pronouns, examples, collective nouns for all human beings, God—everything I thought and talked about came packaged in gender-exclusive language, as if one half of the human race wasn’t worth mentioning. The Bible that I grew up reading and memorizing was soaked through and through with patriarchal language.

During the 60s many voices began pointing out both how pervasive and offensive sexist language was; I also noted that many people, including most of the people I knew, were not inclined to change their speech habits. Not because they didn’t think that feminists and others had a point, but because they were used to using sexist language and they perceived that it would be difficult to change their language default setting.

During my early adulthood I worked on changing my own speech patterns away from sexist toward inclusive; in the late eighties, as I tackled the task of writing a Master’s thesis, I decided that I would make a conscious and concerted effort to write the 100+ page document using entirely gender-inclusive language. And it was very difficult to pull off. Not only did it require my becoming entirely conscious of my own sexist language habits, but the primary texts from ancient philosophy that were at the heart of my thesis were written by males who used exclusively male-oriented discourse.

My new writing vocabulary and style seemed forced and stilted at times, but I attributed that to the difficulty of breaking bad habits and establishing better new ones. Over the subsequent three decades, using gender-inclusive language has become so natural and habitual to me that hearing or reading sexist, male-oriented language screeches like nails on a chalkboard. One of my regular classroom missions is to make students aware of how important it is to use gender-inclusive language. When some students—both male and female—don’t see the moral reasons behind my mission and resist it, I sell it to them practically by assuring them that gender-inclusive language is a standard expectation in business communication. Try getting a good job without gender-inclusive language in your skill set.

Now I find myself faced with a new language challenge. Pervasive gun violence and mass shootings regularly put guns and the Second Amendment into the public conversation, something that happens for a brief period every time such an incident occurs until various forces push the conversation off the table. I am a strong advocate of significant gun control (extending far beyond prohibiting private ownership of assault rifles), do not own a gun, do not intend to ever own one, and am both incredulous and frustrated when, time after time, no real changes ever happen—even in the wake of small children being murdered at Newtown. I’ll leave it to my colleagues in history and sociology to explain this country’s general obsession with guns.

Prompted by a brief interview that I heard on the radio not long after the Orlando Pulse nightclub shooting four years ago, I started paying attention to my speech, looking for ways in which words and idioms involving guns appear in my everyday communication. I was more than disturbed to find that I, a gun hater if there ever was one, say things like the following on a regular basis:

I’m not alone in this, of course. Such words and phrases are so common in ordinary conversation that many of us—including myself—are entirely unaware of how pervasive they are. “Blown away,” “Bullet points,”  “Battleground states,” “Locked and loaded”—our language reflects the pervasive presence of guns in our culture and our collective psyche. And I, for one, think that this is more than just a harmless habit.

How we speak matters. The words and phrases that we regularly use matter. If we’re uncomfortable with the fact that so many people get killed by guns in our culture, then it would be a good thing for us to slow down and listen to how many different expressions that we use have to do with firearms, shooting, and guns.

So, just as I made a deliberate project of becoming gender-inclusive in my writing and speaking several decades ago, I began a new personal project—eliminating words and expressions having to do with guns, shooting, and firearms from my communication. I have managed to be largely successful in the project in my writing, in this blog as well as in the two books I have published in the last four years. But in speech I have a lot of work to do. One way to do this is to make Jeanne aware of the project, asking her to point out every time I inadvertently use a gun-violence-related phrase.

I frequently wonder what I can do to turn the tide against our culture’s collective obsession with guns and the violence that invariably accompanies it. My project is something I can actually do—not easily, but with awareness and fortitude. And significant change sometimes begins with simply being aware. If enough people worked at dropping gun-related words and phrases from their vocabulary, perhaps our conversation about the Second Amendment would begin to change in fruitful ways. It’s worth a shot. Sorry–I have a lot of work to do. 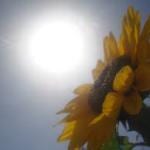 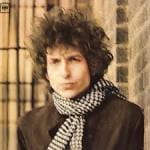 May 10, 2020 Sometimes, Getting Stoned is a Bad Thing
Recent Comments
0 | Leave a Comment
Browse Our Archives
Related posts from Freelance Christianity