Last Sunday’s gospel gives us John’s version of Jesus “going Brooklyn” on the moneychangers in the temple, a story that has often been used by Christians to justify anger (usually described as “righteous”). Several months ago, I wondered in this blog whether I might also use it to justify my hatred for Donald Trump. I find that hatred still simmering below the surface, and I’m still wondering if that makes me a bad Christian . . .

Flannery O’Connor once wrote that “the human being is always something under construction.” I am frequently reminded of just how true this is, even for someone who has been under construction for more than six decades. My most recent reminder happened two days ago.

As I watched the fifth episode of Ken Burns’ documentary “The Vietnam War” on PBS, I was also scrolling down my Facebook wall to see if there was anything interesting there (I don’t mind multitasking on occasion). A friend had posted a picture of a highway billboard that was just too good not to share on my own page: 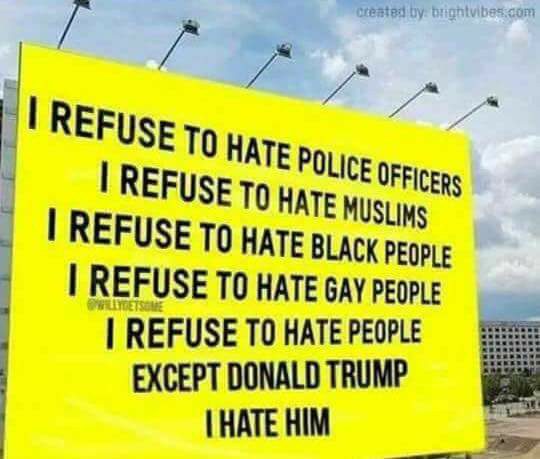 I limited my commentary on the picture to three words: “Got that right.” And the likes, emoticons, and comments started pouring in.

Some welcomed the opportunity to pile on:

Others gently chided me for being judgmental and unkind, as in the following exchange with a former colleague at the college:

Don’t get me wrong—I aware that it is politically incorrect for liberal, progressive, peace-loving, tree-hugging folks such as I to admit to hating anyone—as another friend lightheartedly reminded me:

Then, of course, there’s always the killjoy who just has to play the Christian card (I hate it when someone does that).

My snarky response aside, I knew this one was coming. I take my faith seriously and am fully aware that coming out as a “hater”—even of someone like Donald Trump—“outs” me as a hypocrite, a weak Christian, or both. Guilty as charged.

Mercifully, she didn’t respond, my suggestion that she is a better Christian than I am having been completely confirmed.

My primary reason for sharing the picture of the billboard was that I thought it was funny (and still do). But the subsequent exchanges do raise an important question—why am I a hater when it comes to Donald Trump? Why am I willing to admit it in public and double-down on it when someone points out that being a hater is incompatible with many of the most important things I believe? A couple of strategies come to mind.

I could take the sanctimonious route that I learned as a kid and say “what I really mean is that I hate the sin but love the sinner.” It’s not so much Donald that I hate, in other words, as the things he does and stands for. But that strategy is a cop-out. Paul Ryan, Mitch McConnell, John Boehner, and any number of others have stood for and do stand for things that I hate, but I don’t hate the person. In Donald’s case, it seems personal. Even when he accidentally does something I agree with—like siding with the Democrats once or twice—I still hate him. In his case, I hate both the sin and the sinner.

Or I could take a different sanctimonious route and say that this isn’t “hate”—it’s “righteous indignation.” That’s how we used to get Jesus off the hook for losing it in the temple and throwing the moneychangers out. Certainly Jesus didn’t “hate” them—or did he? Actually, Jesus is reported to have said some pretty hateful things about a number of people, many of whom I’m sure were just doing their jobs and what they were convinced was the right thing. Anyways, what I feel concerning Donald Trump doesn’t strike me as “righteous indignation.” It strikes me as hate. And to make it even worse, I don’t feel a shred of guilt about it.

Those who know me well and/or read this blog regularly know that I am not a hater by nature. That’s how I know that this is truly hatred—I experience the feeling so seldom that there is no mistaking it when it shows up. There’s no other way to explain my rising blood pressure and the pain deep in my gut every time I hear or see him on television or radio. I don’t like carrying hatred around. Hating someone is exhausting—it wastes psychological and emotional resources that are better used elsewhere.

So I could try to be a better Christian, as my Facebook conversation partner suggests. I should love and forgive everybody—that’s what Jesus did. “Christ forgive his own killers on the cross,” I was reminded in that conversation.

The problem is, I’m not Jesus. I’m me. I’m a flawed, imperfect human being who is committed to trying to live according to principles that are impossible to live by. As I talked about this and more with Jeanne (who also hates Donald Trump) at lunch today, she reminded me of something that I occasionally almost forget in my forays into more and more progressive and liberal Christianity—no one can live according to the principles and requirements of the Gospels. No one can live the Christian life. It’s impossible.

The good news is that the whole point of the Christian faith, of following Jesus, is that it can’t be done by simply trying hard, even with the best of intentions. Call it what you will—human nature, original sin, natural weakness—but we all need help. And help is available—that’s the good news, the gospel, that Jesus delivered on a regular basis and that is still operative now. I am indeed something under construction, and sometimes what needs fixing or improvement has to be handed over to someone with both intimate knowledge of what it’s like to be human and the tools to keep working on daily imperfections. My hatred of Donald Trump happens to be a particularly stubborn example—and until someone does something about it, I’m okay with that. 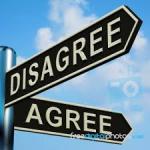 March 8, 2018
How Atheists and Theists Can Get Along
Next Post 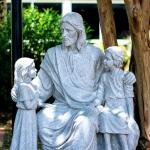