How Atheists and Theists Can Get Along

This coming week I will be starting a unit with my General Ethics students called “Does God Have Anything To Do With Ethics?” Among other things, I will be exposing my predominantly Catholic students to essays by atheists; they will be amazed to find how much they share in common .

One of the texts we will be considering is from a series of interviews published by The New York Times a few years ago on its “Opinionator” blog.  In these interviews Gary Gutting, a professor of philosophy at the University of Notre Dame, explores the topic of whether belief in something greater than ourselves is rational with several contemporary academics whose work intersects with such questions.

One of these interviews is with Louise Antony, a professor of philosophy at the University of Massachusetts at Amherst. She is the editor of Philosophers without Gods: Meditations on Atheism and the Secular Life and represents the hardcore atheist position among Gutting’s six interviewees.

In response to Gutting’s query as to why she is an atheist, going beyond the agnostic position that we cannot know whether God exists or not to the more definitive position that one can know that God does not exist, Anthony explains:

When I claim to know that there is no God, I mean that the question is settled to my satisfaction. I don’t have any doubts. I don’t say that I am agnostic, because I disagree with those who say it’s not possible to know whether or not God exists. I think it’s possible to know. And I think the balance of evidence and argument has a definite tilt. . . . The main issue is supernaturalism—I deny that there are beings or phenomena outside the scope of natural law.

I must confess that I found much of the following conversation to be tiresome and spinning its wheels in bottomless intellectual ruts. Antony will only accept a specific type of evidence—that which can be verified within the parameters of the laws of nature. The theist makes a serious mistake when she or he agrees to play the “does God exist?” game by these rules. In truth, Antony’s belief that “everything is the product of mindless natural laws acting on mindless matter” operating according to the inexorable laws of nature is as much an act of faith as the theist’s belief that there is at least one being—God—that transcends those laws.

Gutting and Antony’s conversation shifts in this direction when it moves its focus from scientific to experiential evidence. Gutting asks What do you make of the claim from many theists that the best evidence for the existence of something greater than us is direct religious experience? After denying that she has had such experiences, Antony offers a connective bridge that many atheists refuse to consider.

O.K., if you hold my feet to the fire, I’ll admit that I believe I know what sort of experiences the theists are talking about, that I’ve had such experiences, but I don’t think they have the content the theists assign to them. I’ve certainly had experiences I would call “profound.” . . . I’ve been tremendously moved by demonstrations of personal courage (not mine!), generosity, sympathy. I’ve had profound experiences of solidarity, when I feel I’m really together with other people working for some common goal. These are very exhilarating and inspiring experiences, but they are very clearly about human beings—human beings at their best.

Shifting the conversation from the ways in which we describe our experiences to the content of those experiences offers an opportunity for new understanding.

Antony’s comments remind me of a long-standing problem that I had with my father well into my adulthood. From my earliest memories, he peppered his conversations with phrases like “God told me that . . .,” “the Lord directed me to . . .,” and “I was going to do ___, but God told me not to,” giving the impression that he and the Divine had a direct line of communication others did not have access to. Knowing that I had no such direct line, I had no idea what the experience of talking directly to God was like.

After many years of first thinking I was my father’s spiritual inferior, then thinking that he was simply nuts, one day in my early thirties in response to yet another “God told me that” pronouncement I confronted him. “You say that all the time—what exactly does it feel or sound like when God says something to you?”

Taken aback by what he perceived as an attack from his passive, introverted son he grew a bit defensive. “Well, you know, it’s a strong feeling, an intuition, a sense that I should do this rather than that.” “It’s not a voice?” I asked. “No—it hasn’t been yet, at least,” he replied. “I know what those sorts of experiences are like,” I sputtered—“I just don’t call them God talking to me!” And for the first time we had come to at least a partial truce. Our failure to communicate was the result of vastly different language, not vastly different experiences.

In a moment of the sort that is all too rare in conversations between atheists and theists, Antony suggests that we focus our attention on the experiences that all human beings share, not on the various sorts of descriptions and explanations that divide them. Because after all, just how important is it, in the larger scheme of things, to be absolutely right about something that is ultimately beyond the reach of our usual sorts of evidence?

Why do theists care so much about belief in God? [And, I might add, why do atheists care so much about not believing in God?] Disagreement over that question is really no more than a difference in philosophical opinion. Specifically, it’s just a disagreement about ontology—about what kinds of things exist. Why should a disagreement like that bear any moral significance? Why shouldn’t theists just look for allies among us atheists in the battles that matter—the ones concerned with justice, civil rights, peace, etc.—and forget about our differences with respect to such arcane matters as the origins of the universe?

This strikes me as wise advice. As Anne Cavidge says in Iris Murdoch’s Nuns and Soldiers,

What do my thoughts matter, what do their details matter, what does it matter whether Jesus Christ redeemed the world or not, it doesn’t matter, our minds can’t grasp such things, it’s all too obscure, too vague, the whole matrix shifts and we shift with it. What does anything matter except helping one or two people who are nearby, doing what’s obvious? We can see so little of the great game.

At the very least, Louise Antony suggests, theists and atheists should practice basic charity when involved in their seemingly interminable debates. 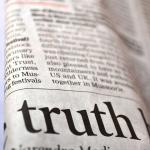 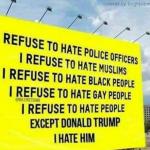