Hello darkness, my old friend, I’ve come to talk to you again. “The Sound of Silence”

One Sunday not long ago as I was listening to our local NPR station in the car during an errand run, I heard a brief piece about “Disturbed,” a heavy metal band that had just received its second Grammy nomination. Their first was in 2009; now, eight years later, they had another one. My knowledge of contemporary heavy metal is non-existent, as is my interest in that musical genre—this would have usually been reason for me to switch to the Boston NPR station to see what they were up to. But Disturbed’s Grammy nomination was for their acoustic cover of a song that was a central tune in the sound track of my youth: Simon and Garfunkel’s “The Sound of Silence.” I had to listen.

For those familiar with Simon and Garfunkel’s original (link below), a remake or cover of their iconic masterpiece is close to sacrilegious. But the intensity and power of Disturbed’s version is not to be missed—I agree with one commenter on Youtube who called it “chilling and magnificent.” The NPR piece included a brief interview with David Draiman, Disturbed’s lead vocalist. Noting that the choice not to go “heavy metal” with “The Sound of Silence” was the drummer’s idea, Draiman said that the acoustic demands of the song took him to vocal spaces he had not visited in many years.

I was trained to be a cantor, which is someone that leads the Jewish congregation in prayer. So I learned classical vocal technique from a very young age . . . I hadn’t attempted to go to that spot of my vocal ability for very many years. I was so overwhelmed with emotion listening to the way my vocals sounded in that beautiful bed of music. And not having heard my voice in that way for so long, it was really just very, very overwhelming.

I’ve been reminded of this story a number of times in the context of classes I am teaching. I find that questions that ask how human beings are to think about what is greater than us—is there anything greater than us? And if so, what are the implications?—make frequent appearances in my various classes, some planned and some not. Many of my students come from religious backgrounds (mostly Catholic), but have never analyzed critically or sufficiently exactly what going on when we mere mortals attempt to establish a line of communication with what is greater than us.

The formalized version of these attempts is usually called prayer; various worship activities in each of the great monotheistic religion include prayer on a regular basis. As a cantor, David Draiman led such collective attempts to make contact with God, and in response we often get exactly what Paul Simon’s lyrics describe—the sound of silence. Crickets chirping. It’s enough to drive a person of faith nuts. As C. S. Lewis once wrote to his brother Warnie in a letter,

The trouble about God is that he is like a person who never acknowledges one’s letters and so, in time, one comes to the conclusion either that he does not exist or that you have got the address wrong.

I grew up in a prayer-obsessed world; Wednesday nights at church were marked as the time to obsess collectively. As a creative youngster, I usually was able to find something in every foray to church to pique my interest, however briefly. I liked some of the hymns we sang on Sunday morning and evening, for instance, and enjoyed the stories in Sunday school. But we didn’t sing on Wednesday nights—people gave testimonies, and then we prayed. For a very, very, VERY long time.

I remember prayers that were more like speeches than anything else, insistent, complaining sorts of speeches whose intent was apparently to wear God down. Not that the things being asked for were unimportant—“please bring X to a saving knowledge of you,” “please heal Y of diabetes,” “please help Z find a job”—but the tone was often petulantly childish, demanding, insinuating that this time, for once, God had damn well better get off His ass and do something.

How to pray was a mystery to me—I recall my mother saying frequently that I should just talk to God the same way I talked to her. That never struck me as one of my mother’s better pieces of advice, since I clearly couldn’t talk to an invisible, far away, scary “something” in the same way I could talk to her. But I did learn, as all good Baptist kids learned, how to make up a convincing sounding prayer at the drop of a hat. It’s just that it never seemed to go past the ceiling. Many years later, Annie Dillard expressed the frustration as clearly as I’ve ever seen.

Are we only talking to ourselves in an empty universe? The silence is often so emphatic. And we have prayed so much already. . . Who is like you, O Lord, among the silent, remaining silent through the suffering of His children?

The best advice I ever received concerning prayer, not surprisingly, came from the person who knows me best. A number of years ago, in response to one of my frequent complaints about divine silence and inscrutability as a “response” to ineffective prayer, Jeanne said “Vance, for you thinking is praying.” It has taken me many years to recognize just how right she was. Although her comment was for me, the larger point is for everyone. Prayer understood on the transactional model, as an attempt at bargaining or pleading with a silent partner who might not even exist, is a guaranteed recipe for frustration and failure.

But what if prayer is not something the person of faith is supposed to do? What if, instead, prayer is something that we are called to be? Being a prayer is a matter of learning to recognize and trust the places where the divine is most likely to be found—in myself and in others, in those thin places where the barrier between human and divine dissolves. And people of the book should know this—it’s right in there, both in the Jewish scriptures and the New Testament. Where is the divine to be found?

If prayer is a call for the divine to enter the world, we need to be attentive to where that might be happening—in us and around us. It probably will not be where we expect. As Paul Simon wrote in the last verse of “The Sound of Silence,” the words of the prophets are written on the subway walls and tenement halls. 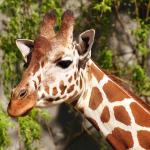 May 13, 2018
Her Children Rise Up and Call Her Blessed
Next Post 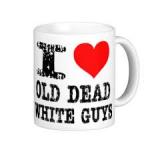 May 17, 2018 Is Israel in the West? and other questions from the classroom
Recent Comments
0 | Leave a Comment
Browse Our Archives
get the latest from
Freelance Christianity
Sign up for our newsletter
POPULAR AT PATHEOS Progressive Christian
1

#JohnTheBaptist Enoch Seminar Nangeroni Meeting Day 4
We began the final day of the Enoch Seminar conference on John...
view all Progressive Christian blogs
What Are Your Thoughts?leave a comment
Copyright 2008-2020, Patheos. All rights reserved.