There is no greatness where there is no goodness, simplicity, or truth Leo Tolstoy

Although Jeanne and I have lived in our house since 1996, there has never been a time when some portion of the house hasn’t been under revision, ranging in seriousness from furniture arrangement through a new coat of paint to knocking down walls and starting over again. Our largest project, transforming the basement into livable space, was a three-year process that turned out to be about ten times more expensive than we originally budgeted. Our most recent transformation was a small bedroom that has served multiple purposes, from a TV room to the living space for my son for four years through several eventful and difficult years. We have finally turned it into the library/reading room that we have always wanted but have not been able to create until recently. 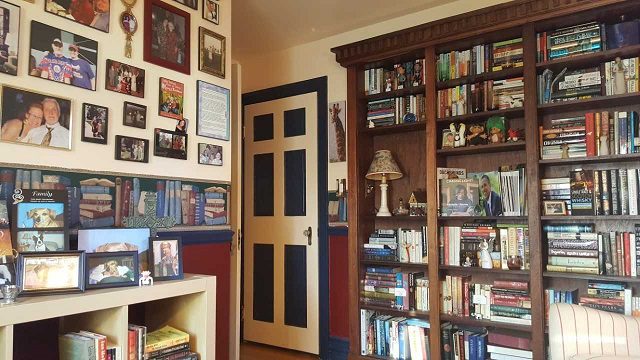 Our library room has one large interior wall containing several dozen family pictures that we have never displayed fully until this room was finished. Both of us came into our relationship over thirty years ago with some pictures and many more have accumulated since. We have never been organized in our picture taking—years on end have passed with no apparent record of anything happening—but we have an eclectic mixture of items that will more than fill this wall.

On display on an opposite wall is the cover of one of my academic books. Published over ten years ago, the promotions people provided me with a half-dozen dust jackets suitable for framing, all of which have been collecting dust in one of my philosophy department office file cabinet drawers ever since. I am proud of the book, but a book entitled Weaving the World: Simone Weil on Science, Mathematics and Love was not likely to be a bestseller. And it wasn’t. Framing the dust jacket has given me yet another opportunity to think about how to measure success.

I have a new book under contract, my second one in the last three years, to be a reality this fall–something I’m very excited about. I have been blessed with a number of high points in my career, but the vast majority of it has consisted of day after day in the classroom, days that turn into weeks, months and years that meld together into a generally pleasant but indistinguishable conglomeration. Will there be any more mountain tops? Are my most memorable experiences behind me? At the end of more than twenty-five years of teaching, I can’t help but wonder.

A few years ago, I led a seminar during the morning of the first day of an Honors faculty two-day workshop with twenty colleagues. The text was a handful of essays from Michel de Montaigne; toward the end of a fine discussion we focused our attention on one of Montaigne’s many memorable reflections, this one from the next to last page of the Essais:

My colleagues were not unanimous in their reaction to Montaigne’s sentiment, but when are academics ever unanimous concerning anything, even the Pope’s Catholicism? A few suggested that this seemed to be both a recipe for mediocrity and a denial of the importance of miracles and ecstasy. A fellow philosopher said “Socrates would not have agreed with any of this,” and I overheard another colleague close by opining sotto voce that Emily Dickinson would not have approved either. They are probably right, although I suspect that Montaigne did not have Socrates’ past or Emily’s future approval at the top of his list of concerns as he wrote.

Other colleagues found much to like in this passage. A professor from the history department who had just finished the final year of an outstanding teaching and scholarly career as he moves toward professor emeritus status said “I find this inspiring. It says that a beautiful life is not to be judged by whether you get your name on a plaque in City Hall.” This from a man who has a seminar room in our beautiful new humanities center named after him in honor of his extraordinary contributions over several decades to thousands of students and hundreds of colleagues.

I agree that this passage from Montaigne is inspirational. He is not suggesting that mountain-top experiences are unimportant; rather, he is reminding us that a beautiful life is not constructed from such experiences. There is a reason why the majority of the Christian liturgical year, although seasoned with the miracle of the Incarnation and the rapture of Easter, is spent in long stretches of inwardness, waiting, and getting down to the day-to-day, week to week work of being a regular human being trying to live a life in the presence of the Divine. The biggest chunk of the liturgical calendar, from Pentecost Sunday in late spring to the beginning of Advent the Sunday after Thanksgiving, is Ordinary Time. As the old saying says, life is what happens while we are making other plans. Montaigne suggests that the beauty of a life is to be judged by what you are doing between the miracles and the ecstasy.

A few years ago, Jeanne and I had brunch with two couples after church, a lovely occasion that we all agreed should happen more frequently. All six of us have been to a few rodeos—I was the youngest person at the table. 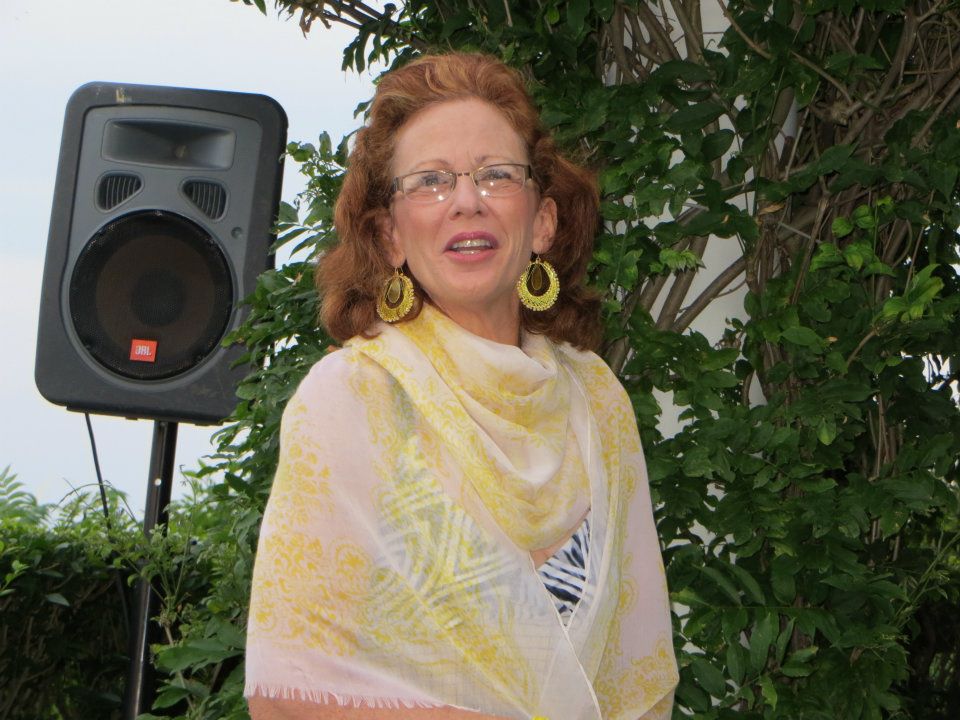 My friend Marsue’s birthday had occurred a week or so earlier, so we all sang happy birthday as the waiter brought her a small dessert. The waiter remarked on Jeanne’s beautiful singing voice, a nice connection was made, and good vibes were in abundance.

Jeanne and I tend to be generous with tips when the service is good; this time, Jeanne was so generous when bill-paying time came that the waiter returned with the cash, wondering if Jeanne had made a mistake. She assured him that she hadn’t; we then learned he would be headed for LA in a month to pursue a career in entertainment promotion. Grabbing his hands, Jeanne offered a quick, heartfelt and spontaneous prayer asking for the Divine’s blessing on this young man’s endeavors. “I’ll remember you,” he said to Jeanne as he headed back to the kitchen. And I’m sure he will—it was a lovely moment of grace in the midst of an ordinary Sunday afternoon.

I have written in previous posts about my love for the closing paragraph of George Eliot’s Middlemarch. It not only is the most perfect paragraph I have read in any of the hundreds of novels in my reading life, but it is also a perfect expression of the sort of life Montaigne considers to be beautiful. Of her heroine Dorothea Brooke, Eliot writes:

I would love to write a bestseller. I would love mine to be the first  likeness carved on the Mount Rushmore for Teachers that someone should create sometime. I would love to have thousands of people all over the world waiting with rapt attention for my next wise and witty blog post. But I would like most to faithfully live a life according to Montaigne’s “common measure,” bringing what I have to offer into each new day with intelligence, energy, and an occasional infusion of divine humor. Miracles and rapture are fine if you get them, but at the end of the road a “nicely done” would be even better. 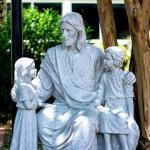 May 11, 2019 A Mother's Day Remembrance: Her Children Rise Up and Call Her Blessed
Recent Comments
0 | Leave a Comment
"Hi Neil: Sorry that this comment got past me a few months ago--I came across ..."
Vance Morgan So You Want to be a ..."
"I wonder. It is easy to point to stupidity (in the sense meant here) and ..."
Neil Brown Stupidity On Display: Where do we ..."
"Thank you for your thoughtful insights."
Vance Morgan White Privilege on Parade
"cry baby."
Brandon Roberts White Privilege on Parade
Browse Our Archives
get the latest from
Freelance Christianity
Sign up for our newsletter
POPULAR AT PATHEOS Progressive Christian
1