Morality By The Skin Of Your Teeth

Any caring human being asks the question What is the right thing to do? on a regular basis. As a philosophy professor who teaches ethics regularly, I am aware that in the minds of many, the whole purpose of thinking systematically and rigorously about the moral life is to provide reliable and confident answers to that very question. Moral philosophers from Immanuel Kant to Iris Murdoch, from Aristotle to Alasdair MacIntyre, have provided frameworks within which to answer the question.

But each framework is different, they are often incompatible with each other, and philosophers do not agree on which aspects of the moral life are most important in a moral analysis. Some focus on the consequences of an action, others stress the reasons behind one’s actions, still others argue that the character of the person making the choices and doing the actions is most important of all. In short, philosophy’s answer to “What is the right thing to do?” is, at least partially, “Which philosopher are you currently studying?”

Such disagreement among those who are supposed to be the experts often leads to the conclusion that moral certainty must be sought elsewhere—in religion, for instance. If one is convinced that God not only exists but has bothered to let human beings know the divine preferences for human behavior, then faith promises to provide a far more reliable foundation for knowing the right thing to do than anything pointy-headed philosophers might come up with.

But scratch the surface of the religious option and a whole bunch of additional questions pop up. Which God? Which sacred text? What about conflicting claims within the same tradition or the same text? Those from outside the camp of religious faith sometimes consider these awkward and essentially unanswerable questions to provide strong evidence that atheism, or at least agnosticism, is the way to go, while those who cling to their faith tend to get defensive and judgmental toward those who disagree.

In more than twenty-five years of professorhood, I have taught at least fifty sections of introductory or upper division ethics courses, and there is nothing that I enjoy more than throwing students headfirst into the deep end of the “What is the right thing to do?” pool. By the time they are eighteen years old, just about every human being has been exposed just enough to a possible set or two of answers to this question to assume that they’re all set and have the moral life generally figured out. My job as a philosophy professor is to disturb the peace starting on the first day of the semester. There is nothing more gratifying than to hear at the end of the semester, as I did from a student at her final oral exam several years ago, that “this course really messed me up—but that’s a good thing!” Mission accomplished.

But I’m not just a philosophy professor—I’m a regular human being as well. My professional training and natural disposition makes me generally skeptical of any claims to moral certainty—I frequently tell anyone who will listen, from the classroom to the blogosphere, that certainty is vastly overrated.  But I am also a person of faith, raised in a religious tradition that supposedly equipped me with the tools (scripture, prayer, authority, guilty conscience, and more) to provide definitive guidance when wondering about what the right thing to do is.

How do I make being a philosopher and a person of faith work together, or at least not be in perpetual tension? As my youngest son Justin likes to say when challenged concerning important things: I’m working on it. This is not an evasion. This very issue is the central theme of this blog—after more than five years of hanging my struggles out for public display, I’m working on it. My recently published book is all about this. I’m working on it. When pressed for a summary of where my working on it stands in real time, two passages come to mind.

The first is from Simone Weil, the strange and beautiful woman who, for the past two decades has been a model for me of intellectual rigor as well as integrity to one’s faith commitments. In one of her dozens of notebooks, she writes:

The will of God. How to know it? If we make a quietness within ourselves, if we silence all desires and opinions and if with love, without formulating any words, we bind our whole soul to think “Thy will be done,” the thing which after that we feel sure we should do (even though in certain respects we may be mistaken) is the will of God. For if we ask him for bread he will not give us a stone.

There is enough in this passage to justify many essays—what currently strikes me most strongly is Weil’s conviction that the knowledge each of us seeks is within us. Philosophers and theologians err when they tell us, implicitly or explicitly, that seeking the answer to “What is the right thing to do?” is like a treasure hunt, a search that, if successful, will once and for all provide us with proper guidance in all circumstances.

Rather, as both the Pentateuch and the Apostle Paul tell us, the word is within you. It is within me. Believing this requires an act of faith that, at least at first look, is astoundingly optimistic. What reasons are there to believe that the universe, God, reality, or anything, is so attuned to what Catherine of Genoa called “my deepest me” that I can trust that this deepest me holds the answers to my most pressing questions? No reasons that can fully stand up to logical scrutiny, but in matters this important perhaps logic is as overrated as certainty. I choose not to believe that my desire for bread will inevitably produce rocks, that my deepest cries will go unheard. So sue me.

Then there is a similar sentiment from Archbishop Desmond Tutu. When asked for his own insights concerning the will of God and how to know one is doing the right thing, he replied that

Morality by the skin of your teeth. Tenacity and hope, along with faith, love, goodness, and as many other desirables that you care to list, are essential for even rudimentary answers to “What is the right thing to do?” This is a lot more challenging, but also a lot more fulfilling, than looking it up in a book or memorizing answers. I’m working on it. 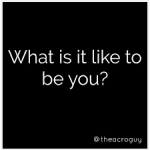 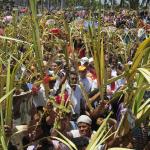 March 25, 2018 The Feather of Grace, or How To Keep Donald Trump and Evangelical Christians From Corrupting Your Faith
Recent Comments
0 | Leave a Comment
Browse Our Archives
Follow Us! 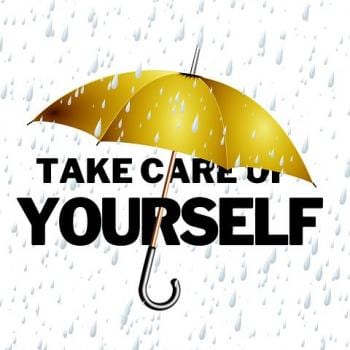 Progressive Christian
When to Care, and When Not to Care
Freelance Christianity 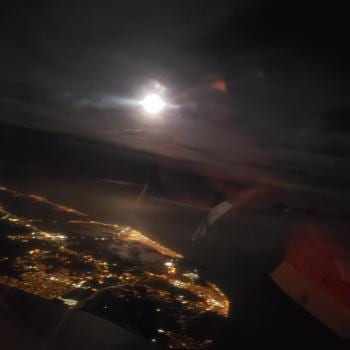 #CFP Being a Girl #DoctorWho Edited Volume
I became aware not long ago of a very cool call for...
view all Progressive Christian blogs
What Are Your Thoughts?leave a comment
Copyright 2008-2017, Patheos. All rights reserved.