During the last third of the semester in my General Ethics class this semester, we will be considering first race, then gun violence. Although we sometime treat these as separate issues, they are often intimately connected. In the middle of a discussion not long ago on aspects of on of my blog posts, I noted that

It is impossible it is for someone like me to know what it is like to be a person of color in our country.

Shortly after, a new follower of my blog wrote that

It is not impossible for you to know this. Have you tried? Empathy between human beings is never impossible.

Is it possible to truly know the experience of another person? What it is like to be someone other than me? Such questions put me in full philosopher mode—sometimes the academic and the real person in me coincide.

A favorite mind-bender that I enjoy introducing to students in philosophy class is the problem of other minds. I use the problem to illustrate just how internal and subjective each person’s thought and emotional life is and how little each of us knows about what is going on inside of anyone other than ourselves.

For centuries many philosophers have suggested that it is the human capacity to think that makes us different from everything else. In some circles this is a controversial claim (I am convinced that my dachshund thinks, for instance), but for the moment suppose the claim is true. “How many of you believe you are a thinking thing?” I ask—all hands go up. Asked to explain why, students usually point out that each of us has direct access to our own internal life. We can turn our attention inward and notice thoughts flying all over the place. Furthermore, this internal access is exclusive—no one else has such direct access to my internal world.

“How many of you think there are other thinking things in the room in addition to you?” I ask next. All hands go up once again. “How do you know?” I wonder. The ensuing conversation is interesting, since the process here is far less direct than affirming one’s own status as a thinking thing. I do not have direct access to the internal world of anything other than myself; accordingly, I expand my community of thinking things beyond myself through charitable assumptions, such as:

And so on. The point is, we cannot know the inner thoughts or emotions of another—we cannot even prove that they have such thoughts or emotions—we have to infer the inner lives of others, and the contents thereof, by creative observation of what they say and do. The position that “I am the only thinking thing”—solipsism—is a logically coherent position to take; fortunately, it is generally taken up only in philosophy classrooms and by insane people.

The issue of whether any of us can truly know what it is like to be someone else has implications far beyond classroom philosophical entertainment. When issues of race and the Black experience in America are front and center, it is easy for even the most well-meaning white person to imagine that she or he, by becoming more informed and developing a stronger sense of empathy, can have an accurate sense of what it is like to be an African-American in this country.

The “other minds” experiment should serve as a strong caution to facile assumptions that empathy and good will are enough. Many were surprised a while ago when Newt Gingrich told an interviewer the following in the aftermath of violence in Baton Rouge and Minneapolis:

It took me a long time, and a number of people talking to me through the years to get a sense of this. If you are a normal, white American, the truth is you don’t understand being black in America and you instinctively under-estimate the level of discrimination and the level of additional risk.

Gingrich is right (probably the first time I have ever written or said that).

Empathy is one thing–we are all capable of that and should strive for it every day. But no, I as a white male do not know what it is like to be a black man in America, nor can I. Imagining or pretending that I can would be making myself part of the problem.

Such questions are always limited by my own experiences and defining characteristics.As long as I suppose that I know what it is like to be a person of color in America when all I have done is creatively role play, I will continue to see the experience of the other through the lens of my experience. I will think I understand—but I won’t.

Always keeping in mind that none of us can truly know what it is like to be anyone other than ourselves opens the door to more fruitful conversations as well as less abstraction and stereotyping. As Simone Weil once said, it’s the difference between “let me tell you how to solve your problem” and “tell me what you are going through.” Trying to be the solution for someone else without first listening is energized by the assumption that everyone else’s experience is some sort of variation of mine. “This is what I would want in that situation, so this is what this person must want as well.” Listening without assumption and judgment affirms the fact that the other is the keeper of and expert concerning her or his own experience. From that affirmation, a different sort of engagement just might be possible. 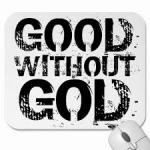 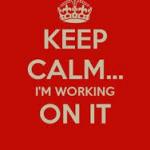 March 22, 2018 Morality By The Skin Of Your Teeth
Recent Comments
6 Comments | Leave a Comment
Browse Our Archives
get the latest from
Freelance Christianity
Sign up for our newsletter
POPULAR AT PATHEOS Progressive Christian
1