It’s My Life, and I’ll Die When I Want To

If you got to choose the manner of your death, what would your choice be? In his Essais, Michel de Montaigne encourages his readers to take ownership of the freedom each of us has concerning our demise:

Why do you complain of this world? It does not hold you: if you live in pain, your cowardice is the cause; to die all that is needed is the will . . . The most voluntary death is the fairest . . . Life is slavery if the freedom to die is wanting.

Yet end of life issues, including when and under what circumstances a person can choose to die with dignity, are almost never spoken about publicly. My guess is that no candidate for President will voluntarily raise such issues in the coming months—certainly no one did in the first round of Democratic debates last week. Why is this? Why are we so hesitant to talk about whether we have the right to choose the manner and circumstances of our death?

In the latest edition of The Atlantic, David Freedman argues that Americans are “The Worst Patients in the World.” Everyone knows that the U.S. leads the world in health spending; most attribute this truth to greedy insurers, out-of-control hospital and pharmaceutical costs, and physicians who prescribe high-cost, ineffective treatments. But, Freedman argues, the real problem is not them—it’s us. American patients—hypochondriacs who skip their annual checkups, princes and princesses who fail to take drugs and to undergo procedures that we need while at the same time demanding drugs and procedures that we don’t need—are as much the problem as the American system is.

The Worst Patients in the World

Freedman concludes that “The American health-care system has problems yes, but those problems don’t merely harm Americans—they are caused by Americans.” In his brief article (only three pages) that is worth reading and taking seriously, I found the following observation particularly interesting: “The U.S. stands out as a place where death, even for the very aged, tends to be fought tooth and nail, and not cheaply.” Freedman notes that while in weird places like Canada and the U.K. death is seen as an inevitable part of the human condition, “in the U.S., death is seen as optional.”

As is the case with many other health-related issues, the U.S. lags well behind other countries with regard to Death with Dignity laws. Such laws, also known as physician-assisted dying or aid-in-dying laws, are rooted in the idea that terminally ill people, not the political ideologies or religious beliefs of others, should make their end-of-life decisions and determine how much pain and suffering they should endure. Death with dignity statutes allow mentally competent adult state residents who have a terminal illness with a confirmed prognosis of having 6 or fewer months to live to voluntarily request and receive a prescription medication to hasten their inevitable, imminent death. By adding a voluntary option to the continuum of end-of-life care, these laws give patients dignity, control, and peace of mind during their final days with family and loved ones.

Currently seven states and the District of Columbia have death with dignity statues. The first was Oregon in the 1990s; subsequent statues in other states have used the Oregon “Death with Dignity Act” as a model. The death with dignity process is robust: Two physicians must confirm the patient’s residency, diagnosis, prognosis, mental competence, and voluntariness of the request. Two waiting periods, the first between the oral requests, the second between receiving and filling the prescription, are required.

Given our strong commitment to individual freedom and rights in this country, including the individual right to choose the details of how one’s life will work out, as well as our general resistance to “Big Brother” telling us what to do, one might think that the idea of death with dignity would have strong support. Various polls show that roughly three-quarters of all Americans support euthanasia and two-thirds support physician-assisted suicide. In all cases, the least support for death with dignity legislation comes from people who describe themselves as “weekly church goers.” With the caveat that such interrelated and complex issues can only be briefly discussed in a blog post, my primary question here is: What is it about religious belief that causes people to be resistant to the idea of death with dignity, and all that it entails?

Within many religious traditions, the very idea of choosing to end one’s life on one’s own terms is rejected strongly because to do so is to “play God.” Human life is sacred, the argument goes; to end one’s life before one’s allotted time is to interfere with the divine scheme of things and to treat something sacred as if it is a disposable commodity. Closely related to the “playing God” claim is the idea that, bottom line, my life doesn’t belong to me. It belongs to God. If so, then choosing to take my life into my own hands by choosing to end it on my terms is theft. I am treating my life as if it is my property when it isn’t. It’s God’s property.

A classic scriptural statement of this idea is found in First Corinthians, when Paul asks his readers

Do you not know that your body is the temple of the Holy Spirit who is in you, whom you have from God, and you are not your own? For you were bought at a price; therefore, glorify God in your body and in your spirit, which are God’s.

The idea that God owns me, that I am God’s property, is one that I am thoroughly familiar with from my evangelical upbringing. Over the decades I have become less and less fond of the notion. Both the Jewish Scriptures and the New Testament were written, over centuries, in a world in which human beings were owned and considered as property as a matter of course. Slavery was an integral part of the cultures that produced these texts; slaves were some of the first converts to Christianity, at least partly because being owned by God was a much better situation than being owned by another human being. Various scriptural texts were used as recently as the 19th century by pious Christians to justify their ownership of slaves. To put the argument bluntly, as God is to the slaveowner, so the slaveowner is to the slave.

I would like to suggest—as a topic for discussion rather than as a definitive statement—that people of Christian faith can do better than imagining that each of us, including our very lives, is owned by God. As I read the gospels, the best paradigm for describing the relationship between the divine and human beings is not one of ownership. It’s one of love. At the heart of the gospel message is the good news that God seeks relationship with human beings, a relationship so intimate that God becomes human through the incarnation. Ownership and property are all about power, but the sort of relationship the divine seeks with us is all about love. Love and relationship are built on respect and freedom of choice, even when the most important matters are under consideration.

You can probably see where I am going with this. A person who chooses to die with dignity rather than subjecting herself to weeks, months, even years of pain and suffering is not stealing anything from God—because her relationship with the divine is not one of ownership and property. Her life belongs to her, because God has chosen to love rather than to own. End of life matters are difficult enough without introducing ownership and theft into the discussion. God doesn’t own us . . . God loves us. That might just change the discussion in fruitful ways. 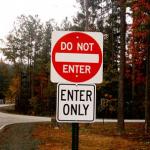 June 27, 2019
What Happens After You Die Isn't That Important
Next Post 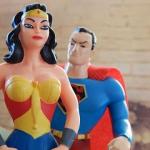 July 2, 2019 Superhero Theology
Recent Comments
0 | Leave a Comment
"back again! here's a truncated version of my two sadly lost replies: find Quarks, Chaos, ..."
madalyn baumstark Managing Our Lives Without God
"I suppose "Philiatic Pedagogy" wouldn't have aroused as much interest."
Illithid Palm Sunday and the Teaching Life
"Far, far too many Christians (am I racist, if I suggest many American evangelicals?) have ..."
brassyhub “I Don’t Know”: The most profoundly ..."
"Agree, but I also have a great Guardian Angel who has bailed me out many ..."
bill wald “I Don’t Know”: The most profoundly ..."
Browse Our Archives
Follow Us!

COVID-19 Part 6: Bat-Caused Infectious Disease Epidemics
Bats are kind of scary creatures. There are vampire bats that suck...
view all Progressive Christian blogs
What Are Your Thoughts?leave a comment
Copyright 2008-2020, Patheos. All rights reserved.