I think that a lot of people stop taking their birthdays seriously after a certain age—perhaps fifty. Jeanne and I, however, still expect to be the center of attention on our birthdays, and also expect the spouse who is not having the birthday to plan a few surprises or two. For Jeanne’s birthday two summers ago, we celebrated with a twenty-mile bike ride to the Audubon Society’s environmental education center, a surprise dinner with close friends at a restaurant on the bay, the anticipation of a pair of Claddagh earrings arriving late (they were on back order), and several cards from friends, the dogs, and me. 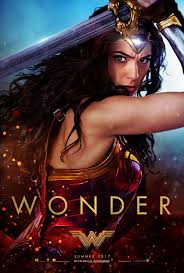 Oh, and we went to see “Wonder Woman.” That was her idea, not mine. But hey, it was her birthday, so what was I to do?

I was surprised that Jeanne wanted to see the movie (I didn’t), because she’s not a fan of science fiction, fantasy, superhero, or summer blockbuster action movies—all of which describe “Wonder Woman.” I share her dislike of science fiction movies and the garden variety summer blockbuster, although I will occasionally obsess over fantasy (“The Lord of the Rings,” but not “Harry Potter”), and have been known to enjoy a superhero on screen (particularly Batman).

A few of Jeanne’s friends told her that she had to see and would love “Wonder Woman,” so off we went on her birthday. I, having spent thirty birthdays with her, was pretty sure that she would be underwhelmed, and I was right. She dozed off a couple of times, and charitably told her friends that “it isn’t my genre” when they asked “Didn’t you love it??” No, she didn’t. The best thing she could say about it is that Gal Gadot, the Israeli-born star of the movie, looked a lot like Lynda Carter, the original television Wonder Woman from the 70s, for those of us past a certain age.

The background of Diana’s (Wonder Woman’s) story is a hodge-podge of selective elements from Greek mythology, the energy of Paradise Lost, and whiffs of Lucifer from the Jewish scriptures, all stirred into a Hollywood brew. Into this mess drops a World War One Allied pilot, who informs the isolated and naïve Amazons that a great war is raging all around them. Diana, daughter of the Amazon queen, is convinced that this is a continuation of a longstanding battle between cosmic forces of good and evil and believes that it is her destiny once and for all to destroy Ares, the Olympian god responsible for all things bad, and make it possible for human beings to move into a future of violence-free goodness and light.

The notion that we humans are pawns in an eternal conflict between forces greater than us has a long pedigree, including in various forms of ancient philosophy and early Christianity. I was raised in a Protestant version of such a Manichean worldview, in which Christians were foot soldiers of Christ at war against Satan and his host. We all expected that at some point, hopefully sooner than later, preferably in our lifetime, the forces of divine goodness would conquer evil and darkness, we would reign together with Jesus in a new heaven and new earth as we moved toward eternal bliss in heaven. Wonder Woman has no doubt that although the battle against Ares will be difficult, goodness will ultimately win and earth will be free of war, evil, violence, and every other nasty thing the bad side is responsible for. As it turns out, matters are much more complex (and interesting) than that.

After killing what she mistakenly thought was Ares, Wonder Woman is shocked to discover that nothing has changed—the war does not end, violence does not cease, and humanity is just as destructive as ever. Once she confronts the real Ares, she learns that good and evil are not external forces battling over the hearts and minds of human beings, but rather are embedded in human nature itself. Ares is not seeking to inflict evil on humanity; rather, his mission is to point out just how malign and twisted these creatures, supposedly the pinnacle of divine creation, truly are. As the usual blockbuster battle ensues between Wonder Woman and Ares at the end of the film, it is clear to all that even the destruction of Ares will not solve the problem of human evil, because such evil is embedded in human nature itself.

Ares reminds me of a character from Marcus Zusek’s The Book Thief. The book is narrated by Death; set during World War Two, Death is very busy. He provides frequent comments about the complexities and contradictions of human beings. Even those characters with glimmers of goodness in them are frequently petty, spiteful and hurtful. Yet it is these bits of goodness in the midst of a very dark and seemingly hopeless world that drive the plot and regularly cause Death to be confused about the nature of the creatures he spends his time with. “I’m always finding humans at their best and worst. I see their ugliness and their beauty, and I wonder how the same thing can be both,” Death observes. “The contradictory human being. So much good, so much evil. Just add water.”

I agree. This is why I frequently tell my students that by far the most interesting topic in philosophy is us. Human beings, in all of our glory, tragedy and destruction. In a final soliloquy at the end of The Book Thief, Death ruminates about the main character, Liesel, both about what has happened to her and what her future might hold.

I wanted to tell the book thief many things, about beauty and brutality. But what could I tell her about those things that she didn’t already know? I wanted to explain that I am constantly overestimating and underestimating the human race—that rarely do I ever simply estimate it. I wanted to ask her how the same thing could be so ugly and so glorious, and its words and stories so damning and brilliant. . . . I am haunted by humans.

Diana/Wonder Woman learns that human beings, in addition to the violence and brutality embedded in their very nature, are also capable of self-sacrifice, love, compassion, and courage. She is faced with a choice—will she, as Ares, seek to destroy human beings because of their evil, or will she embrace their inherent goodness in the face of inherent evil?

This, arguably, is precisely the choice faced by the divine with regard to human beings—the Christian story of the incarnation establishes which way God chooses. Each of us, on a daily basis, is faced with the same choice. Good and evil is in us, as is the capacity to decide which will dominate, at least for today. So much good. So much evil. Just add water. 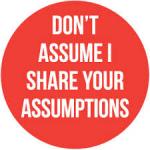