Today is the First Sunday of Lent; the gospel traditionally is a version of Jesus’ temptation in the wilderness. The devil . . . temptation . . . the problem of evil . . . these are all matters I’ve been concerned, even obsessed, with since I was very young.

While on sabbatical a decade ago at the Collegeville Institute, a fellow resident scholar and friend died unexpectedly.  Conrad was a lovely, gentle man whom I had only known for a couple of months. He was a retired priest in his seventies and had come to Collegeville because he really had no place else to go. Upon discovering that my father was born and raised in Erie, Pennsylvania, where Conrad had spent his ministry, he acted as if he had a special connection with me—a connection, I must confess, that I never felt as strongly as he did. 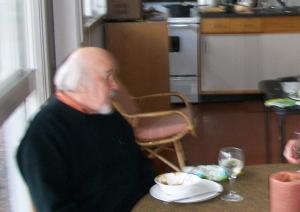 But Conrad’s death was a shock—we found him dead of a heart attack on the kitchen floor of his apartment after he was late for our usual Friday get together. There was a half-finished martini on the kitchen counter, a fitting final libation for a man who prided himself in his culinary and bartending skills.

It got me to thinking about death and what might or might not come after. The next morning during our daily phone call, I asked Jeanne “do you think about heaven very much?” “Not really,” she replied. Neither do I, and this is surprising since I was taught that escaping hell and going to heaven was the primary point of being a Christian. Obviously, the teaching didn’t “take” very well, though, since later in our conversation I gave voice for the first time to something I had been kicking around for a long time. “I’m not sure if I believe in heaven or hell anymore.” “Oh, you have to believe in hell,” Jeanne said. “Otherwise, what are you going to do about evil?”

Readings and prayers at the Benedictine abbey up the road from the Institute raised this question several times over the next few days. In one evening prayer reading from Acts 19, Paul is at Ephesus on his second missionary journey and, as usual, fame and controversy are swirling all around him. He is so full of divine healing power that all he needs to do is touch a handkerchief or apron for a healing or exorcism to take place—just bring the piece of laundry to the afflicted person and a miracle occurs. Not wanting Paul to get a corner on the miracle market, “some itinerant Jewish exorcists took it upon themselves to call the name of the Lord Jesus over those who had evil spirits.”

But predictably, the imposters’ attempt at an exorcism fails miserably. The evil spirit says “Jesus I know, and Paul I know; but who are you?”, then leaps on the seven imposters with such violence “that they fled out of that house naked and wounded.” If the stakes weren’t so high, this would be a great comic scene. Then the responsorial from the next morning’s prayer quoted Peter’s warning that we must be sober and vigilant because our “adversary the devil walks about as a roaring lion seeking whom he may devour.”

The idea of evil objectively personified in someone like Satan or the Devil is difficult for many twenty-first century human beings to accept. But in the circles where I grew up, the Devil was very, very real. Aggressive and violent images dominated discussions and descriptions of the spiritual life; I heard virtually every Sunday about “spiritual warfare,” a war into which every Christian was enlisted as a foot soldier.

The passage in Ephesians 6 about “the whole armor of God” was a Sunday school favorite—I recall that getting to wear our home-made cardboard helmet of salvation, breastplate of righteousness, shield of faith, and wielding the sword of the Spirit as a living illustration was a sought-for privilege and honor. What were good Christian soldiers fighting against? Satan, the Devil, the Enemy, “principalities,” “powers,” “the Prince of this World”—these were personifications of the bad guys whom it was our job to overcome. And there was something vaguely Manichean about it all—I was never entirely sure who was going to win.

Although I stopped thinking of myself as engaged in spiritual warfare with personified evil a long time ago, the problem of evil remains. My childhood questions about why God doesn’t just wipe the Devil and his cohorts out have matured into philosophical puzzles about the logical incompatibility of a good, omnipotent, and omniscient God with the existence of evil. The problem of evil never fails to generate excellent discussions with my students.

But the relationship of good and evil is a mystery, not a puzzle. Certain types of philosophy, and our culture at large, want to turn mysteries into puzzles to be explained or problems to be solved. We want to “figure things out,” even when trying to do so completely distorts what we are wondering about. Mysteries do not yield to solutions or fixes.

So what to do about evil? The Psalms are full of cries and demands for justice from a God who is supposed to hate and destroy all those who do evil, usually the psalmist’s personal enemies or Israel’s neighbors. But the Psalms also contain just as many pleas for God’s forgiveness and mercy, heartfelt cries from one who has “done evil in Your sight.” Jeremiah, who knew our dark side as well as anyone, writes that human hearts are evil and wicked beyond imagining. Yet these are the very hearts, yours and mine, that God chooses to speak to, to teach, and to inhabit. As the cartoon character Pogo reminds us, “We have met the enemy, and he is us.”

Objectifying evil makes it very easy to say that torture is acceptable when administered to “those who are evil,” code for “those who are most different from us and of whom we are most afraid.” Objectifying evil allows me to forget that the enemy is me. Once I see that what I hate and fear is part of me, the landscape of the question changes entirely.

I don’t need to visualize evil as personified in demons, evil spirits, and the Devil—it is a palpable reality in our daily world that cannot be avoided, denied, or explained away. Do I believe in Hell? Are the Devil and his cohorts actual beings, or projections of something fundamentally embedded in our human reality? I don’t know.  But the relationship between good and evil is not primarily a combative, “winner-take-all” contest. Rather, the  relationship between good and evil is paradoxical, perhaps just another word for “mysterious.”

Life and death, darkness and light, pain and joy, good and evil—these apparent opposites do not negate each other, but are paradoxically and mysteriously unified at the heart of reality, just as they are unified in the paradoxical and mysterious human heart. This is the reality within which God chooses to dwell, with goodness and evil, divinity and humanity all tightly wound together. So perhaps there is better way to ask the question about evil. Rather than “what are you going to do about evil?”, I need to ask “What is God going to do with me?”

February 26, 2020
What I Learned When I Visited Cuba
Next Post 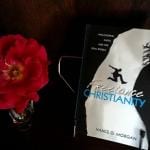 March 2, 2020 God Is Doing the Best that God Can Do
Recent Comments
0 | Leave a Comment
"There was a movie some decades ago (which spun off into a TV series) about ..."
Neil Brown A Modest Proposal: Should My Time ..."
"First of all…GREAT article on a subject that already interests me…Personally I have seen things ..."
Charlie Rivers The Truth Will Mess You Up
"I always love it when people quote random scriptures out of context. Now explain what ..."
Vance Morgan Faith Is About Asking the “What ..."
"The FallNow the serpent was more crafty than any of the wild animals the Lord ..."
AM Faith Is About Asking the “What ..."
Browse Our Archives
get the latest from
Freelance Christianity
Sign up for our newsletter
POPULAR AT PATHEOS Progressive Christian
1