Learning From Our Inferiors

Learning From Our Inferiors June 6, 2021 vancemorgan

As the world begins to open up after fifteen months of pandemic restrictions, as things begin to return to “normal,” a few surprises are undoubtedly around the corner. The Episcopal church that I attend will be returning to two services in person at 8 and 10, after more than a year of services primarily on Zoom. I am a regular lector at the early service; when the summer lector schedule came out a few days ago, I was pleased to see that I will get to read one of my favorite stories later this summer, from the book of Second Kings in the Jewish scriptures. 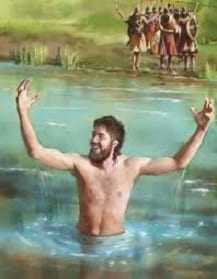 The story of Naaman contains many powerful lessons that remain relevant thousands of years later, including some important truths about faith, human nature, and class distinctions. Along the way, it also shows how important it is to listen to the people in your life, even those whom you doubt have anything important to say. They just might know more than you do and be more insightful than you are.

Naaman was a powerful and important man, the head general of the armies of the King of Syria, to the north of the Kingdom of Israel. Naaman was “a mighty warrior,” but he also suffered from leprosy. In Naaman’s household was a young Israelite girl whom he had taken captive in a raid across the border; the young girl was servant to Naaman’s wife. Upon hearing of her master’s affliction, the servant girl tells Naaman’s wife of a man in Israel, the prophet Elisha, who would be able to heal Naaman if he would travel to Samaria, the capital of Israel, where Elisha was often to be found.

Upon his arrival at Elisha’s house, Naaman is ready to let the healing begin, prepared to perform any number of feats appropriate for an important person in order to receive a cure. But instead of coming out to meet Naaman, Elisha simply sends word that Naaman should head for the muddy Jordan river down the road, wash in it seven times, and he will be cured of his leprosy. Naaman is pissed. “Doesn’t this guy know who he’s dealing with? I’m an important man—at least he could meet me in person and say some magic words! And if all it takes is washing in a river, I could have done that in one of our far superior rivers back in Syria! GFY, Elisha!” And he departs in a huff.

The overall point of the story in the Jewish scriptures has to do with the greatness of Yahweh, that divine healing and mercy is available to all regardless of their ethnicity or social status, and how divine plans are just about never what we might predict. But there is an additional message here that sometimes gets missed, one that people in power–past, present, and future–would do well to learn.

The takeaway? Listen to the insights and ideas of those around you, even if you are convinced that you are better than they are. Even if you think you know more than everyone else. Even if everyone in your life is continually pointing out just how fabulous you are and that your shit doesn’t stink. Chances are that you don’t know everything, even if you are the commander of a large army. Even if you are the most powerful person in the world. Naaman’s primary virtue, as presented in this story, is that he was able to receive advice and input even from those who, by societal standards, were not his “equals,” and was willing to act on that advice. This virtue is currently in tragicaly short supply. 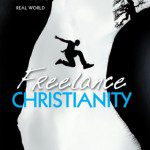 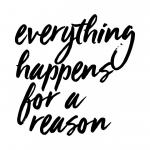 June 7, 2021 Everything Does Not Happen for a Reason
Recent Comments
0 | Leave a Comment
Browse Our Archives
get the latest from
Freelance Christianity
Sign up for our newsletter
POPULAR AT PATHEOS Progressive Christian
1