Lessons from the Past About the “Other”

Lessons from the Past About the “Other” July 9, 2019 vancemorgan

It is clear that immigration and the southern U.S. border are going to be central issues for the next many months as we move our way toward the next Presidential election, along with income disparity, social inequality, health care, and any dozen other matters you care to focus on. I’ve been thinking over the past few days about a couple of books that I read during Winter Break last late December and early January, both of which—in different ways—shed light from the past on our current state of affairs. Moving backwards from the first decade of the twentieth century to Ancient Rome, I have been reminded of just how relevant history is to understanding the present. 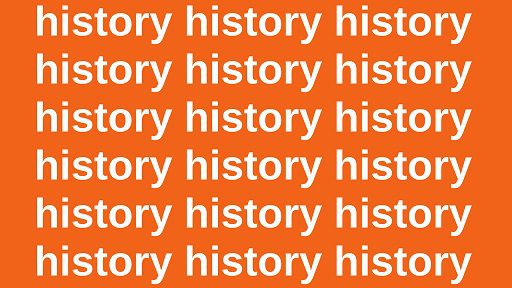 The first book I read over break was Doris Kearns Goodwin’s The Bully Pulpit. Goodwin tells the story of the first decade of the twentieth century, focusing on Theodore Roosevelt and William Howard Taft, two of the towering political figures of the time. The period of American history between the Civil War and the Great Depression has always been somewhat of an empty field for me, so I was fascinated to find that the politics of the late nineteenth and early twentieth centuries had a remarkably contemporary feel.

A progressive movement (within the Republican party, no less) favoring the rights and interests of “the little man” were being resisted by big money, huge trusts and corporations run by fabulously wealthy individuals who are loath to release even a molecule of their power. The centers of activity were different from today—the progressive movement is centered in Kansas, Iowa, Minnesota, and the West with conservative resistance centered in the Northeast, but questions about how economics, politics, the common good, and foreign interests should be balanced were the same then as they are today. The Great Depression that followed within a decade after the end of the events in The Bully Pulpit shows that they did not figure things out very well back then—will we do better? The best I can say is that the jury is out on that one.

My favorite takeaway from The Bully Pulpit is entirely personal. Threaded throughout the book are the stories of two remarkable marriages, Teddy and Edith Roosevelt, side by side with William and Nelly Taft. The letters exchanged were intimate and revealing, including the following tribute from William to Nelly which I copied verbatim into Jeanne’s Christmas card:

I cannot tell you what a comfort it is to me to think of you as my wife and helpmeet. I measure every woman I meet with you and they are all found wanting. Your character, your independence, your straight mode of thinking, your quiet planning, your loyalty, your sympathy when I need it (as I do too readily), your affection and love (for I know I have it), all these make me happy just to think about them.

“Wow,” Jeanne said on Christmas morning, “you could have written that!” She also claimed, as did Nellie, that she didn’t deserve such a tribute—but Bill and I know better.

After The Bully Pulpit, it was on to SPQR (Senatus PopulusQue Romanus–“the Senate and people of Rome”), Mary Beard’s recent history of ancient Rome. One of my teaching partners recently in the interdisciplinary course in which I regularly teach was a classicist whose specialty is ancient Rome; when Fred gave the book an enthusiastic thumbs-up, I put it on my between-semesters reading list. I was reminded on almost every page to what extent the ancient Romans shaped our contemporary world. The issues they grappled with are still with us, issues almost too numerous to list.

One in particular that caught my attention in SPQR was something about the Romans that I did not know until my colleague stressed it in a couple of lectures. Unique among ancient civilizations, the Romans were remarkably willing to incorporate outsiders into their world, not just as visitors, marginal members of society, or conquered people, but as citizens. The Romans were notably tolerant of different ways of doing things, an attitude that is, at least theoretically, something that we value in our country.

Although the Romans were often suspicious and xenophobic in their initial actions toward others, the inhabitants of conquered territories were gradually given full Roman citizenship, along with the legal rights and protections that went with it. This openness, at least in theory, is something that we have aspired to during our country’s short history—which makes our current swing toward xenophobia, toward suspicion and concern about “the Other,” in our politics and social attitudes so disturbing.

There are reasons, of course, to be careful about openness—like Forrest Gump’s box of chocolates, one never knows what one might end up with. One interesting example from SPQR illustrates the point. Roman religion was complex, with a pantheon of gods and goddesses and a dizzying array of practices and festivals to honor them, events that also marked celebration of culture and what it meant to be Roman. But the Romans were also remarkably open to incorporating new deities and practices into their religion.

In the early part of the second century BCE, the Great Mother goddess, the focus of worship in part of Roman territories in Asia Minor, was brought with great fanfare into Rome, at the advice of an ancient oracle, to be incorporated into the Roman pantheon. She was the patron deity of Troy, the mythical ancestral home of Rome, so in a sense the Great Mother belonged in Rome. Beard reports that the temple built to house her “would be the first building in Rome, so far as we know, constructed using that most Roman of materials . . . concrete.” A deputation was sent to Asia Minor to collect the image of the goddess and transport her back—a deputation that included a highly placed senator and a Vestal Virgin. But, as Beard relates, “not everything was quite as it seemed.”

The image of the goddess was not what the Romans could possibly have been expecting. It was a large black meteorite, not a conventional statue in human form. And the meteorite came accompanied by a retinue of priests. These were self-castrated eunuchs, with long hair, tambourines and a passion for self-flagellation. This was all about as un-Roman as you could imagine. And forever after it raised uncomfortable questions about “the Roman” and “the foreign,” and where the boundary between them lay.

These are exactly the sorts of questions we must struggle with today. We might say that we will be accepting of the “Other” just as long as that Other over time becomes like we are. But what exactly are we? Romans regularly welcomed all sorts of people and practices into their sphere, and then had to grapple with the implications of openness. We must do the same, all the time remembering that were it not for a fundamental openness to strangers and the “Other” in our history, most of us would not be here. 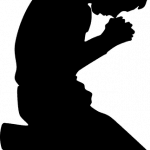 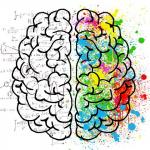 July 10, 2019 What if the facts lead to a conclusion that you don’t like?
Recent Comments
0 | Leave a Comment
"Hi Neil: Sorry that this comment got past me a few months ago--I came across ..."
Vance Morgan So You Want to be a ..."
"I wonder. It is easy to point to stupidity (in the sense meant here) and ..."
Neil Brown Stupidity On Display: Where do we ..."
"Thank you for your thoughtful insights."
Vance Morgan White Privilege on Parade
"cry baby."
Brandon Roberts White Privilege on Parade
Browse Our Archives
get the latest from
Freelance Christianity
Sign up for our newsletter
POPULAR AT PATHEOS Progressive Christian
1