From Living Stones to Spiritual Houses

The Bible is filled with rocks. The patriarchs pile rocks up every time they want to remember a place where they encountered the transcendent. Moses strikes rocks twice, once in obedience and once in anger, to produce water for the thirsty and complaining Israelites. David drops Goliath with a stone thrown from a sling. Satan tempts Jesus to turn stones into bread and have something to eat. And so on. I’m sure there’s a dissertation on Biblical rocks in there for someone. Theologians and Bible interpreters have a field day with the typology of rocks and stones, precious or otherwise. But I’m taking a basic approach—there are lots of rocks in the Bible because the people of the Bible encountered lots of rocks. Every day, all the time. 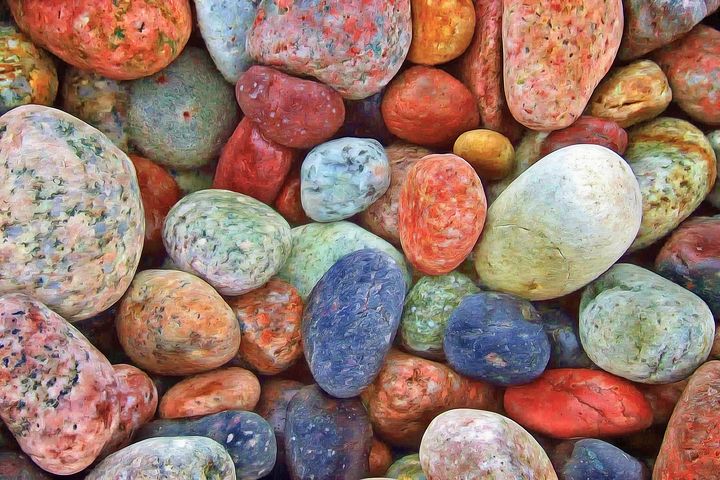 How could the story of people who lived in a rocky desert not include rocks? I understand this, because I also grew up in a terrain filled with rocks. I grant you that northern New England, with its forests and green meadows, is not immediately reminiscent of Palestine. But as any Vermont farmer will tell you, dig or plow just a few inches under the surface and you hit rocks. Lots of them. Big ones. The neighboring state of New Hampshire’s official nickname is “The Granite State.”  One of the largest granite quarries in the world, quaintly called the “Rock of Ages” quarry, is less than forty miles from where I grew up.

Just as most everyone, as a teenager I had my share of horrible summer jobs. The worst was the summer I helped dig swimming pools for a construction company run by the vice president of my Dad’s little Bible school. Really—a pool digging preacher. Who knew that swimming pools could sell in Vermont? On one occasion my co-diggers and I had just about finished digging the swimming pool hole—everything was planed off, measured, and ready for concrete pouring, except for one small detail. There was a rock sticking out of the deep end wall-to-be about ten inches. That rock would have to be removed and the hole filled in before the concrete could be poured. But the more we dug around the rock to loosen and remove it, the larger it got. Soon it became clear that this “rock” was a pimple-sized bump on a massive boulder. Removing the boulder required pulling it out with chains attached to a backhoe; once it came out, the whole back wall of the pool-to-be collapsed, setting the whole project back a couple of days. I didn’t see it through, as I fortunately got a job bagging groceries the next day and quit without giving notice.

The Bible says a lot about gems and precious stones, especially in the crazy, weird books like Daniel and Revelation. But I’m more interested in just regular rocks, as I think Jesus was and still is. He is the stone rejected by the builders. Why? There are plenty  of reasons why a builder might reject a stone—too big, too small, wrong shape, not what is needed, just doesn’t fit expectations—all the sorts of things that people said about Jesus. This guy’s not what we expected, so let’s ignore him or, better yet, get rid of him.

But in Luke’s telling of the Palm Sunday story, a story we will be reliving a week from Sunday, we get a clear indication of what Jesus is up to. After his triumphal entry into Jerusalem, the crowd continues to sing “Blessed is the King who comes in the name of the Lord!” The Pharisees, thoroughly annoyed as usual, want Jesus to tell the crowd to stop singing, to which Jesus replies “if these should keep silent, the stones would immediately cry out.” What God is after is living stones, and Jesus is the cornerstone of the new transcendent structure to be built out of these stones. Jesus wasn’t referring to gems and jewels that would cry out. He was talking about rocks. He was talking about us.

Peter (finally) got the message by the time he wrote the first letter attributed to him in the New Testament,  a Sunday reading from a couple of weeks ago:  “Coming to Him as to a living stone, rejected indeed by men, but chosen by God and precious, you also, as living stones, are being built up as a spiritual house.” But stones, even living ones, are so random, so ordinary. We reject ourselves and each other for the same reasons that the original stone was rejected by the builders. Too fat, too thin, too hard, too soft, wrong color, wrong shape, wrong size, wrong gender. But when God makes a stone live, turns a heart of stone into a heart of flesh as Ezekiel says, that living stone is unique. Just the way God wants it.

During Lent 2011, Marsue, a close friend and the rector at the time of the Episcopal church Jeanne and I are involved with, and Bill, the junior warden, asked me if I would be willing to use some essays I had written while on sabbatical in Spring 2009 and after as a jumping off point for a biweekly adult education series. Apparently previous attempts at getting adult education off the ground had not been particularly successful. Marsue knew about these essays because I had been sending them to her, whether she liked it or not, over the past couple of years. The idea was that I could bring a couple of essays to the group, read them aloud, and try to generate discussion. I said “sure”—I had been looking for an outlet for these essays, given that no publisher had shown an ounce of interest in them—and we decided to give a try every other Wednesday night. I suggested to Bill and Marsue that we call the series “Living Stones,” reflecting Peter’s suggestion that “you also, as living stones, are being built up as a spiritual house.”

Those first few Wednesday nights attracted 8-10 people; just enough to justify continuing even after Lent and Easter season were over. Some essays worked well, some did not—but I was gratified that people were slowly opening up, willing to talk about their spiritual growth (or lack of same) more and more honestly as we got to know and trust each other. By the time Fall 2011 arrived, we decided to try doing these “seminars” after the 10:00 Sunday morning service in hopes of attracting more people. We got into a routine of meeting after church every three weeks, adjusting soon to once a month in order to make room for a growing list of other classes that people were interested in. Eight years later, Living Stones is still going strong.

As many as twenty have been in attendance on a given Sunday, but there are a dozen regulars who never miss. We have become so comfortable with each other that reading just one essay sparks a solid seventy-five minutes or more of fascinating discussion, with depth and insight that regularly astounds me. I have said frequently that I’m quite sure that I could read from the phone book for ten minutes and the Living Stones group would turn it into something fascinating and powerful. I almost never am able to correctly predict what the group might pick up and run with—almost always it is something that carries my ideas to places far more interesting and edifying than I had in mind when writing.

Looking around the circle at a given seminar, I am first struck by our ordinariness. We’re just a bunch of normal folks who enjoy talking about our serious, but often pitifully or comically inadequate, attempts to live out what the closing prayer in the Episcopal liturgy challenges us to do—“to love and serve the Lord with gladness and singleness of heart.” I am also struck that the average age of the group is at least in the upper 60s, perhaps as high as 70. I am often the youngest person in the group, and at 63 am not a spring chicken. The transparency and honesty of each member facilitates community in a way that I have seldom experienced. Sixty-something Episcopalian New Englanders are not supposed to be this open, honest and welcoming. Rock-ribbed New Englanders have little use for talking about religion in public. But living stones are different, as I am happily reminded every time we meet.

In my favorite of Iris Murdoch’s later novels, Nuns and Soldiers, one of the main characters, Anne, is in the middle of a spiritual crisis. The God of her youth is dead; she’s not sure that there is any God at all. During a walk on the beach, she takes notice of the regular, ordinary, but unique stones lying all around her. The big, metaphysical questions fade into unimportance as she grasps the miracle of utter uniqueness. “What does anything matter except helping one or two people who are nearby, doing what’s obvious? We can see so little of the great game. Look at these stones. My Lord and my God. She said aloud, ‘My God . . . There they are.’”

And as I look around the Living Stones circle this coming Sunday as we meet for our April seminar, I will say the same thing: “My God . . . there they are.” Each flawed, imperfect, but unique living stone contributes to the building of a spiritual house that is the divine purpose in the universe. God knows rejection, insignificance and failure first hand, because God was the original rejected stone. But because of that, each living stone is unique and holy, a “pearl of great price.” Each insignificant stone has a divine space to occupy. 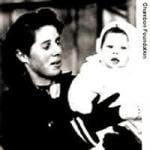 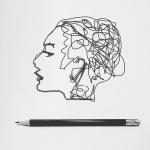 April 6, 2019 I am a Liberal Because I am a Christian
Recent Comments
0 | Leave a Comment
Browse Our Archives
get the latest from
Freelance Christianity
Sign up for our newsletter
POPULAR AT PATHEOS Progressive Christian
1