Loving My Country and Loving God are Not the Same Thing

The June edition of The Atlantic contains an excellent and sobering article by Tim Alberta. Titled “How Politics Poisoned the Church,” it’s lead says that “The evangelical movement spent 40 years at war with secular America. Now it’s at war with itself.” It’s a sobering piece, particularly for those who come from the world that he is writing about, as I do. I’m sure I’ll be making use of various portions of it frequently this summer.

One particular passage stood out to me as particularly relevant on Memorial Day weekend. 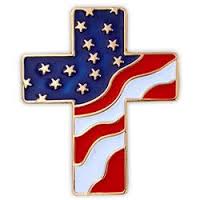 Alberta’s observation reminds me of something I wrote on Memorial Day weekend four years ago fduring the middle of Donald Trump’s presidency. Return with me for a moment back to those “wonderful” days . . .

Memorial Day week is a time for solemn remembrance. It also tends to be a time in which Americans express their patriotism with flags on their lawns and with slogans like “America First” and “America—Love it or Leave it.” How should persons who profess the Christian faith think about American exceptionalism and exclusivity?

This question crossed my radar screen unexpectedly last Saturday morning. As I was doing a bit of minimal cleaning in the house, I had MSNBC’s “AM Joy” program on in the background. The guests for the final segment of her 11:00 hour that morning were two of my favorite clergy people: The Most Rev. Michael B. Curry, Presiding Bishop of the Episcopal Church, and Rev. William Barber. Although we Episcopalians already were familiar with Bishop Curry as our presiding Bishop, he became an overnight international rock star with his rousing sermon at the royal wedding a couple of weeks ago. Rev. Barber, an eloquent and vocal activist for many social issues, grabbed national attention with a similarly striking speech at the Democratic National Convention in the summer of 2016.

Bishop Curry and Rev. Barber on “AM Joy”

During their ten-minute joint interview with host Joy-Ann Reid, both Curry and Barber mentioned a recent document called “Reclaiming Jesus.” Imagined as “A Confession of Faith in a Time of Crisis,” a document released on Palm Sunday by a multiracial group of church leaders with representation from evangelical, mainline Protestant, African-American, and Catholic churches, intended to remind Christians—including the ninety-one percent of members of Congress who self-identify as Christians as well as the eighty-one percent of white evangelical Christians who voted for Donald Trump in Fall 2016—that when politics undermines theology, that politics must be reexamined. The entire document can be found here: http://www.reclaimingjesus.org/. The whole document is worth reading carefully; the portion toward the end of the document that was briefly discussed on “AM Joy” last Saturday is particularly relevant to Memorial Day week.

God’s kingdom transcends political and national differences, focusing instead on issues and matters that cross all human made boundaries. In the “AM Joy” interview, Rev. Barber reminds us that the first thing we hear from Jesus in Luke’s gospel is that “The Spirit of the Lord is on me, because he has anointed me to proclaim good news to the poor. He has sent me to proclaim freedom for the prisoners and recovery of sight for the blind, to set the oppressed free.” Bishop Curry, in the same interview, reminds us that when asked about the final judgment—another way of asking “What does God care about most?”—Jesus responded by asking “Did you feed me when I was hungry? Did you clothe me when I was naked?”

Bondage, oppression, hunger, poverty, and nakedness know no boundaries—they are symptomatic of our world and are what God is clearly most interested in addressing. According to all of the great monotheistic religions, God’s purposes on earth are largely accomplished through human beings. If we are to be the hands and feet that accomplish the divine will on earth, we cannot limit and define our actions with human made boundaries and borders in mind.

This is a particularly difficult message for American Christians, many of whom were raised to consider patriotism and Christianity to essentially be the same thing. I was reminded just yesterday of how much anger former President Barack Obama caused by occasionally questioning our knee-jerk assumptions of American exceptionalism. A self-described pious and dedicated Catholic Christian tried mightily to convince me that the Catholic church is the truest and best version of Christianity for several minutes in a Facebook conversation, but the piety and Christian vocabulary went out the window when I asked him if he, as a dedicated Catholic, had voted for Donald Trump. In the midst of his tirade in response, he referred to how glad he was that the “American-exceptionalism’s-greatness hating Alinskyite scumbag Obama administration” was no longer in power, also expressing gratitude that the Obama administration was not “continued with Hillarigged and the Clinton crime machine. And yes prolife matters.” I thanked him for revealing his true commitments—he did not respond further.

I read the other day that the difference between patriotism and nationalism is that patriotism is supporting one’s country, while nationalism is supporting one’s country no matter what it does. Patriotism honors one’s country for its achievements while holding it responsible to the values expressed in its founding documents; “America, love it or leave it” fails the responsibility part. Throw in a commitment to following the principles of the Gospels, and one will have to make choices on a regular basis. As Bishop Curry said in the “AM Joy” interview, “I love my country, but I love God first.” That changes everything.

May 28, 2022
Passing the Baton: An Ascension Sunday Reflection
Next Post 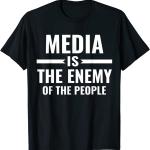 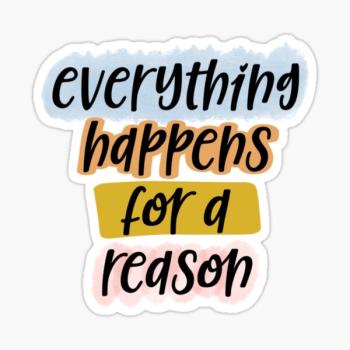 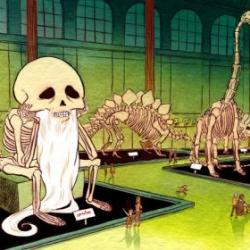