Managing Our Lives Without God

In my introductory ethics class, we are currently in the middle of a unit called “Does God Have Anything to Do With Ethics?” Perhaps it is a feature of teaching at a Catholic college, but I am frequently surprised by how many of my students are convinced that the only basis for being moral is belief in a God who will hold each of us responsible after we die for what we have done during this life. I am familiar with this attitude–I was raised with the Protestant version and believed that the primary reason to be a Christian is to gain an eternal fire-insurance policy.

But people old enough to be in college have undoubtedly encountered people who do not profess any sort of religious conviction and yet apparently have managed to develop working moral frameworks. When I ask my students whether it would be possible for an atheist to be moral, just about all of them admit that such a thing is possible—they just don’t know how. So, I find myself faced with a continuing task each semester—exploring with my students the strange phenomenon of living a life of moral commitment and excellence without God. Or at least without the God they have in mind. 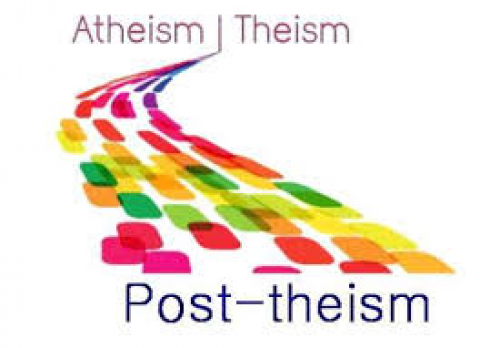 If it is difficult for students raised in a theistic tradition to imagine what the foundation of moral behavior for an atheist might be, it is even more difficult for them to grapple with calls for practical atheism from within a theistic tradition. In a different course a couple of semesters ago, we studied Dietrich Bonhoeffer, the Protestant pastor and theologian who ultimately found himself in prison awaiting execution because of his involvement in an attempt to assassinate Adolf Hitler. In letters to his friend Eberhard Bethge, Bonhoeffer described the many ways in which his understanding of Christian commitment and action was changing. Lurking behind his ideas was one big question—where is God in all of this? In a letter a few weeks before his death, he wrote

So our coming of age leads us to a true recognition of our situation before God. God would have us know that we must live as people who manage our lives without God. The God who is with us is the God who forsakes us. The God who lets us live in the world without the working hypothesis of God is the God before whom we stand continually.

My students found this passage challenging, to say the least. In online discussions, several expressed their sadness that this pastor, who had been such a beacon of Christian hope and light during very dark times, lost his faith in his final days of life. In response, I asked the students to consider the possibility that Bonhoeffer had not lost his faith—but this was a very different sort of faith than my students were accustomed to.

Bonhoeffer’s striking statement reminds me of the predicament that Michael Meade, a character in Iris Murdoch’s novel The Bell, finds himself in. Michael has an intense desire for God and the transcendent, seeking at various times to become an Anglican priest and, when that fails, to create the lay religious community that is at the heart of the novel. Throughout his life, Michael has considered himself “called” to service to God and has sought for patterns and signs that confirm his “calling.”

Unfortunately, as is often the case, these signs and patterns turn out to be idolatrous projections of his own self-centered hopes and dreams. When the lay religious community fails and several of the members come to tragic ruin, including a man’s suicide for which Michael considers himself at least partially responsible, Michael is understandably on the brink of despair and suicide himself. As he seeks in the midst of ruin, for the first time in his life, to look at himself and at God cleanly and without preconceptions, he comes to hard conclusions.

The pattern which he had seen in his life had existed only in his own romantic imagination. At the human level there was no pattern. “For as the heavens are higher than the earth, so are my ways higher than your ways, and my thoughts than your thoughts.” And as he felt, bitterly, the grimness of these words, he put it to himself: there is a God, but I do not believe in Him.

Michael has come for the first time in his life to see the need for “dying to self,” for removing himself from the center of the universe and insisting that the world must “make sense.” God’s existence has not been threatened by the deconstruction of Michael’s hopes and dreams, but the “belief system,” the vocabulary, through which he has defined and described God has been destroyed. Michael’s God, in other words, has died.

At the end of the novel, Michael reflects and takes stock. Rather than fill the resulting vacuum with yet another projection of himself onto the transcendent, Michael chooses to let the vast gap between himself and the Other remain, at least for the present, in all its power and rawness. God has not died, but Michael’s conception of God has. And at least for now, this is a good thing. The rituals that were once consoling and uplifting remain as a reminder of his true situation.

No sharp sense of his own needs drove him to make supplication. He looked about him with the calmness of the ruined man. But what did, from his former life, remain to him was the Mass. . . . The Mass remained, not consoling, not uplifting, but in some way factual. It contained for him no assurance that all would be made well that was not well. It simply existed as a kind of pure reality separate from the weaving of his own thoughts . . . Whoever celebrated it, the Mass existed and Michael existed beside it. He made no movement now, reached out no hand. He would have to be found and fetched or else he was beyond help.

Sad? Yes. Regrettable? Undoubtedly. But Michael has chosen to see if, for at least a period of time, he can refrain from creating the transcendent in his own image. Perhaps when he begins again, he’ll be more aware of the contingency of all transcendent language.

When Bonhoeffer writes that The God who is with us is the God who forsakes us, he is recognizing, as Michael Meade recognized, that all of our imaginings about what God must be and will do are human constructs guaranteed to disappoint and fail. Living in the world “without the working hypothesis of God,” embracing God’s existence without confining God to the limits of human belief, may seem to leave commitment to moral principles and behavior without a foundation.

But this need not be the case. Magda Trocme, one of the leaders of the rescue efforts in the little village of Le Chambon where thousands of refugees, Jewish and otherwise, were successfully hidden from the Gestapo and Vichy police during the dark years of World War Two, is a case in point.

Magda’s husband, Andre, was the dynamic Protestant pastor in Le Chambon whose powerful and eloquent sermons inspired his congregation to live out their faith in real time in the face of prison- and life-threatening dangers. Magda had no patience for theological niceties and regularly scoffed at the notion that her astounding generosity and fearless hospitality made her a “saint” or even morally special. She just did what needed to be done and facilitated the efforts of others to do the same, addressing every human need within her power to address no matter who the human in need happened to be.

I have studied the Le Chambon phenomenon a great deal and have used the story of this remarkable village in class many times. But it was not until last summer while reading a new study of the village that I encountered Magda saying anything about God. In her unpublished memoirs, now in the archives at Swarthmore College, Magda provides her definition of God:

And that, for Magda, was sufficient for her to be one of the most remarkable moral exemplars I have ever encountered. And, I would argue, it is a sufficient foundation for moral goodness. 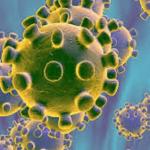 March 14, 2020
Jesus' Advice Concerning the Coronavirus: Don't Be Afraid of Tomorrow
Next Post

March 18, 2020 The Coronavirus, the Apocalypse, and the Book of Revelation
Recent Comments
0 | Leave a Comment
Browse Our Archives
get the latest from
Freelance Christianity
Sign up for our newsletter
POPULAR AT PATHEOS Progressive Christian
1