Mary with No Assumptions

I have a colleague and friend with whom I share a lot in common. Eric and I are both “Johnnies,” graduates of the St. John’s College Great Books curriculum (he graduated a few years before I did back in the 1970s). We share the same scholarly interests; he was an outside reader on one of my books, as I was on one of his a few years later. And we are both hardcore Protestants. Eric is an ordained Presbyterian minister who has been a theology professor, a college chaplain, and for the several years before his retirement earlier this year was a hired-gun interim pastor for several large Presbyterian congregations on the Eastern seaboard.

Eric and I see each other once a year at most at an academic conference. A few years ago, as we chatted at dinner, I found myself describing my professional life as a non-Catholic who has been teaching philosophy in Catholic institutions of higher learning for more than two and a half decades. “I could never be a Catholic,” Eric observed. “I just don’t get that Mary thing.” But I love Advent, Mary is a major Advent player, today—the fourth Sunday of Advent—is “Mary Sunday”—so every year we get to think about the Mary phenomenon once again. 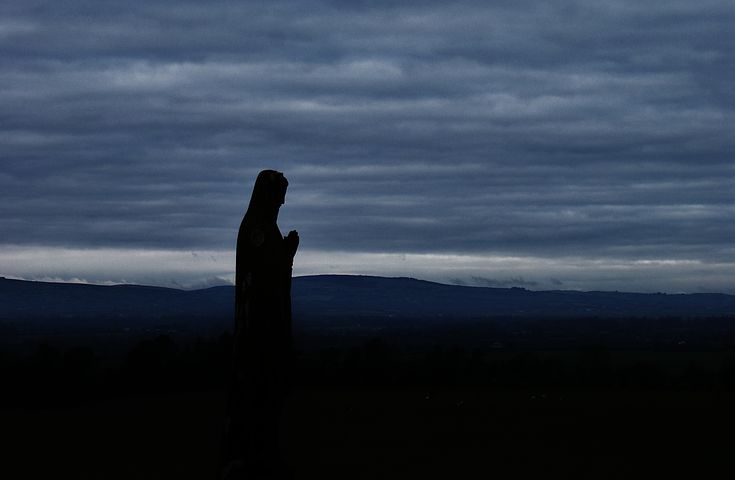 One way to venture outside the usual religious box concerning Mary is to pay attention to how various authors with no particular horse in the Mary race treat her as a fictional character. For instance, a couple of years ago I read Colm Toibin’s novella The Testament of Mary. Toibin places the reader in the mind of Mary many years after her son was crucified. She is full of guilt and bitterness, has little use for Matthew and John who visit on occasion to fact check their accounts of Jesus’ life, and is convinced that her son’s death was not worth it. The book is not for the Christian faint of heart—the gentle, submissive, ethereal, and holy Mary of tradition and art masterpieces is nowhere to be found. But as always, I found it exhilarating to consider a religious icon as the flesh-and-blood human being that she actually was.

More recently, in just the past few weeks, Mary showed up in the latest novel by Louise Penny, Jeanne’s and my favorite mystery writer. Louise Penny’s Inspector Gamache series, set in Three Pines, a fictional southern Quebec village which, if it existed, would be just a couple hours from where I grew up, has many quirky characters who Penny has developed in the thirteen novels in the series so far. One of the supporting characters, Clara, is a neurotic artist whose portrait paintings are strange, avant garde, and often unexpectedly reveal the soul of her subject. One of her most controversial and talked-about paintings is of the Virgin Mary—as an old woman.

The model for Clara’s painting is Ruth, a slightly crazy fellow resident of Three Pines in her eighties. Ruth is rude, steals books from the local bookstore because she thinks it’s a library, drinks way too much scotch, drops f-bombs at the drop of a hat, and has a pet duck who follows her everywhere. Ruth also happens to be one of Canada’s most renowned poets, whose haiku-like compositions lay bare the mystery, darkness, and light at the core of human reality.

Many people find Clara’s portrait of Ruth as an elderly Mary disturbing, for reasons Penny describes in her latest novel.

Clara had painted the demented old poet as the aging Virgin Mary. Forgotten. Embittered. A claw-like hand gripped a ragged blue shawl at her neck. Her face was filled with loathing. Rage. There was none of the tender young virgin about this grizzled old thing. But. But. There. In her eyes. Was a glint, a gleam. With all the brushstrokes. All the detail. All the color, the painting, finally came down to one tiny dot. Ruth as the virgin Mary saw something in the distance. Barely visible, Hardly there. More a suggestion. In a bitter old woman’s near-blind eyes, Clara Morrow had painted hope. Most people who looked at the painting saw the despair. It was hard to miss. But what they did miss was the whole point of the painting. That one dot. Hope.

Sometimes a dot of hope is the best we can do. Let’s suppose, for the sake of argument, that the Catholics are wrong and Mary was not assumed into heaven before she died. Let’s suppose, rather, that she lived a long life filled with joy and disappointment, hope and despair, apparent victory and crushing defeat. There must have been many times during Mary’s life, such as at the foot of her dying son’s cross, when all seemed lost. But even then, perhaps—as Clara’s painting captures in Ruth’s eye—she saw something in the distance. That one dot. Hope.

Last year around this time, on Twitter, no less, I came across one of the most striking brief summaries of the mystery and the power of the season that I have ever read. It was from a young Anglican priest whom I follow on Twitter: social activist, lover of good food and fancy liturgical garb, and gay. He wrote:

As thousands of soldiers marched through the great cities of the Empire, shouting “Hail, Caesar!”, God’s emissary bowed before a peasant girl in an obscure village and whispered “Hail, Mary.”

It took my breath away and put tears in my eyes. To whom were the divine incarnational plans first revealed? To the lowliest of the low. Not just to a poor person in an unimportant village in the eastern backwater of the Roman empire, but to a poor young woman in a patriarchal culture. A mere girl. A nobody.

We spend so much time finding ways to establish ranks of importance and status that it is easy to miss the simple and radical truth woven through the seminal stories of the Christian faith. God doesn’t care about status, rank, honor, or power. God apparently values just about nothing that human beings naturally consider to be most important. In the Magnificat, Mary’s reflection on the angel’s visit and life-changing announcement, she lays it out for all to see and hear:

He has shown strength with his arm; he has scattered the proud in the thoughts of their hearts.
He has brought down the powerful from their thrones, and lifted up the lowly;
he has filled the hungry with good things, and sent the rich away empty.

On this final Sunday of Advent 2018, we would all do well to take stock, both individually and collectively. For how long will we fail to address the needs of those who are least among us? For how long will we pretend that our faith is compatible with business as usual and the status quo? For how long will we look away from the holy families among us, the twenty-first century refugees and downtrodden who are, literally, the image of the divine? Will we ever fill the hungry with good things, and send the rich away empty?

December 21, 2018
Advent 101: Making Advent a Season of Recentering
Next Post 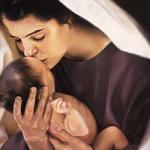