So Much Good. So Much Evil. Just Add Water

So Much Good. So Much Evil. Just Add Water February 18, 2018 vancemorgan 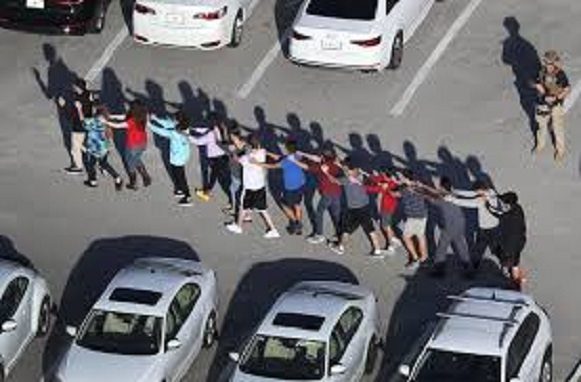 So here we are again, seeking as a country to deal with the latest horrific mass shooting at Marjorie Stoneman Douglas High School in Parkland, Florida. I suppose everyone has their own internal space where they go when the frustrations of living in a world in which problems that clearly could be effectively addressed (because other countries have effectively addressed them) continually remain unsolved because . . . you fill in the blank. I’m beyond trying to make arguments concerning sensible gun control, arguments that the significant majority of Americans agree with, which make no difference to decision makers who actually could make a difference. My internal space almost always is related, either directly or indirectly, to my vocation as a teacher. So that’s where I find myself going today.

In the “Apocalypse” colloquium that I am team teaching with a colleague this semester, we are in the middle of the “Nuclear Holocaust” unit. Good times. Our first text was John Hersey’s Hiroshima, a classic and powerful study of how six individuals experienced and dealt with the nuclear bomb exploded over their city on August 9, 1945 and its aftermath. Hersey’s strategy of making the event real by focusing on individuals rather than taking the “larger view” of politics and military strategy is disturbingly effective. It pushes back against Stalin’s reported observation that “one death is a tragedy, but a million deaths is a statistic” by turning those statistics into six real persons with real histories.

For any number of reasons, our colloquium students were more comfortable with discussing Hiroshima on the statistic level rather than entering the world of individuals that Hersey seeks to place us in. Many of the students relied on what they had been taught about the decision to drop bombs on Hiroshima and Nagasaki in their high school history classes—the bombs ended the war much more quickly than if more conventional strategies had been relied on, thousands of lives (particularly American lives) were saved, this was a classic case of good vs. evil (and the bombs hastened the victory of “good”), and so on.

It was not until I began reading my students’ entries in their intellectual notebooks, a required weekly on-line writing exercise, that I began to notice a different sort of reaction to and engagement with Hersey’s text. Perhaps because many students were not anxious to push back publicly against the “America first” interpretation that was dominant in class discussion, they chose to reveal their deeper thoughts and feelings individually in writing. One student wrote that

A substantial portion of the morality aspect of the bombing is the treatment of human life as expendable. War is the epitome of disrespecting the innate worth of each human being. Thus, I began to wonder if the prevalence of war and violence in human history indicates that we are immoral beings.

However, the glimpse of human goodness shown in people such as Mr. Tanimoto and Dr. Sasaki contrasts with my initial judgment of human morality. The survivors’ reactions to the apocalyptic circumstances were not to flee and save themselves from further harm; they were more inclined to dedicate themselves to saving as many of the wounded as possible. This contrast in human morality is a common struggle for me. I have yet to conclusively decide whether I believe that humans are innately good, or innately bad.

My student’s reflections remind me of a character from Marcus Zusek’s 2007 novel The Book Thief. The novel is narrated by Death; set during World War Two, Death is very busy. He provides frequent comments about the complexities and contradictions of human beings. Even those characters with glimmers of goodness in them are frequently petty, spiteful and hurtful. Yet it is these bits of goodness in the midst of a very dark and seemingly hopeless world that drive the plot and regularly cause Death to be confused about the nature of the creatures he spends his time with. “I’m always finding humans at their best and worst. I see their ugliness and their beauty, and I wonder how the same thing can be both,” Death observes. “The contradictory human being. So much good, so much evil. Just add water.”

Who knew that the grim reaper could be so insightful? This is why I frequently tell my students that by far the most interesting topic in philosophy is us. Human beings, in all of our glory, tragedy and destruction. In a final soliloquy at the end of The Book Thief, Death ruminates about the main character, Liesel, both about what has happened to her and what her future might hold. I shared Death’s observations with my “Apocalypse” students at our next class meeting.

I wanted to tell the book thief many things, about beauty and brutality. But what could I tell her about those things that she didn’t already know? I wanted to explain that I am constantly overestimating and underestimating the human race—that rarely do I ever simply estimate it. I wanted to ask her how the same thing could be so ugly and so glorious, and its words and stories so damning and brilliant. . . . I am haunted by humans.

We are regularly reminded, most recently by the horrific school shooting in Florida, that human beings, in addition to the violence and brutality embedded in their very nature, are also capable of self-sacrifice, love, compassion, and courage. We are challenged simultaneously to both seek ways to limit human evil, while at the same time embracing our inherent goodness in the face of our inherent evil. This, arguably, is precisely the challenge faced by the divine with regard to human beings—the Christian story of the incarnation establishes which way God chooses. Each of us, on a daily basis, is faced with the same choice. Good and evil is in us, as is the capacity to decide which will dominate, at least for today. So much good. So much evil. Just add water. 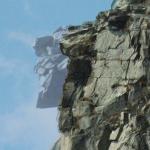