Obsessed with the Apocalypse

Last spring I taught a colloquium called “Apocalypse” with a colleague from the English department. Although this is well removed from my purported “areas of expertise” (one of the reasons I happily agreed to develop this new course), I focused our attention on what can be learned about human morality and psychology by studying apocalyptic stories in literature, movies, and television. One of my first self-assigned tasks as I prepared for the course in the weeks before the semester was a careful rereading of the Book of Revelation—it was an eye opener. 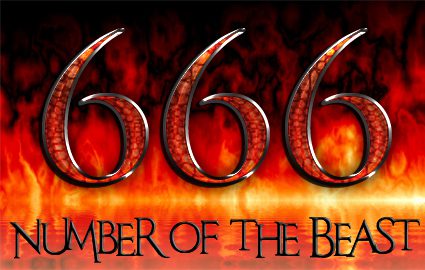 The author, for instance, is highly paranoid. He assumes that those who believe as he does are under constant threat and are subject to persecution at any time—even when they aren’t being persecuted. The rhetoric of Revelation is no less compelling to those who imagine themselves to be persecuted than it is to those who actually are persecuted. The author of Revelation is a relentless hater who embraces the simple principle that anyone who is not with him is against him.

There is little evidence in Revelation of Jesus’ message as reported in the Gospels, a message of inclusion, self-sacrifice, and love; this book is all about winners and losers, judgmentally drawing boundaries between saints (like the author) and everyone else, and—perhaps most shockingly—is fueled by promises of future retribution against and revenge upon those who are not in the inner circle. The author is obsessed with violence and looks with confidence toward what he suspects to be a near future in which all who are not part of the chosen few will be cast for eternity into fiery torment. The author of Revelation unambiguously promises his readers and hearers that God will avenge himself on their enemies and persecutors in a spasm of divine violence that can only be described as a holocaust.

I realize, looking back fifty years to my youth, that the Christianity in which I was raised, more often than not, was plugged into the psychology of Revelation rather than the Gospels. We were obsessed with determining who was in and who was out, were convinced that Christians—although significantly in the majority in our country—were under attack and constant persecution, and we sought to make a big show of how our self-proclaimed “purity” made us morally superior to everyone else (no movies, no dancing, no alcohol, no sex outside of marriage, and so on). Most importantly, we couldn’t wait for Jesus to come back, rescue us from this sinful world and, after the prophesied events in Revelation (which we struggled mightily to figure out and nail down), finally set us up as the winners that Jesus always promised that his followers would be.

My father was a Baptist minister, one of the founders and the president of a small Bible college in northern New England where I grew up. He was a dynamic preacher, a bit of a rock star in high demand among the various churches and summer conferences who sought guest preachers that would pack the pews and inject energy into their fundamentalist, evangelical flocks. Usually my dad was brought in for a series over a long weekend or even for a week of renewal/revival; I spent many hours, days, and weeks of my childhood along with my brother and mother at these events. My father’s themes, more often than not, were rooted in Paul’s New Testament letters, but every once in a while he would give a series of talks on “The End Times.” These were by far his most popular offerings—it would be standing room only every night.

In 1970, during my freshman year in high school, Hal Lindsey’s The Late Great Planet Earthwas published. It fed our brand of Christianity’s obsession with eschatology—the rapture, tribulation, Anti-Christ, last judgment, Second Coming, millennium, and more—as drugs feed an addict. It was evangelical pornography—no one could get enough of it. We speculated about the meaning of events in the Middle East, how long before the events in Daniel and Revelation began happening, whether Henry Kissinger might be the Great Beast, and whether the rapture would happen before, in the middle of, or at the end of the tribulation. By this time my father was beginning to evolve away from his fundamentalist, evangelical roots, but I recall that his several consecutive evenings of meetings at his Bible school on Lindsey’s blockbuster were a smash hit.

More than any analysis or punditry over the past two or three years, returning to Revelation has helped me understand why evangelical Christians voted in mass numbers for Donald Trump in November 2016 and continue to support him in droves. Trump’s rhetoric exhibits many of the apocalyptic features that evangelical Christians are obsessed with in the Book of Revelation—winners vs. losers, aggression turned against those with whom one does not agree, a self-righteous but unearned confidence in one’s beliefs, paranoia laced with suspicion, and metaphors filled with violence and hatred. A certain brand of Christianity not only is comfortable with this rhetoric, but also defines itself in precisely the same terms while adding God into the mix. Revelation provides potent rhetorical weaponry in the types of culture wars that have swept over our country in the past few decades, regardless of whether or not one is a person of faith.

As apocalyptic energies infect our political and religious discourse, we would do well to remember that the moral calculus of Revelation—the demonization of one’s enemies, the sanctification of revenge taking, and the notion that history must end in catastrophe—can be detected in some of the worst atrocities and excesses of every age, including our own. Persons of Christian faith have many resources to push back against this moral calculus, but we need to remember that these resources are to be found in the first few books of the New Testament—not in the last one. 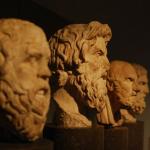 September 23, 2018
When an Atheist Finds Out That There is More Than One Kind of Christian
Next Post

September 27, 2018 Where Did That Come From?
Recent Comments
0 | Leave a Comment
"I really like "infused with the energy . . . of the Beatitudes." Blessed are ..."
jekylldoc We are to be God in ..."
"I agree with most, if not all, of your political positions. And I don't think ..."
jekylldoc Deciding Whom You Belong To
"I know you've read a number of essays on this site. Congratulations for stating the ..."
Vance Morgan Why the Details of Jesus’ Birth ..."
"So, at least we can agree that the notion that the Bible is literally true ..."
Silverwolf13 Why the Details of Jesus’ Birth ..."
Browse Our Archives
Related posts from Freelance Christianity