Monday morning–early. The 30th Street Amtrak station in Philadelphia is not the sort of place I normally find myself at 5:00 AM on a Monday morning. I 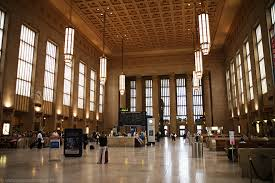 have not done a lot of train travelling and have never done so overnight, but today is different than any other day. The only way to make it on time to my friend Ivan Kauffman’s funeral this morning was to take the red-eye from Providence. And there’s no way I’m missing Ivan’s funeral—he was special. One of a kind. Unique. All of the things that traditionally get said about people who have just died. Except that in Ivan’s case they all are true.

Ivan lived a long and full life—I met him when he was seventy. It was during my Spring 2009 sabbatical—Ivan and I were both “resident scholars” at the Collegeville Institute for Ecumenical and Cultural Research in Minnesota.

I knew that Ivan and Lois were a different breed than I had ever encountered when I found out that they were “Mennonite Catholics.” That made about as much sense to me as “Evangelical Unitarian” or “Muslim Jew,” but I soon discovered that Ivan embodied this strange confluence. He was a bridge builder, seeking to connect traditions vastly different in their practices but deeply rooted in shared mysteries of the Christian faith. An academic, scholar, poet, advocate and activist—Ivan was passion and conviction incarnate.

I don’t meet and get to know new people easily, but Ivan “got” me more quickly than just about any person I have ever met. We had amazingly similar backgrounds and youths—his father was a well-known preacher in Mennonite circles while mine was a preaching rock star in his corner of the Baptist world. Ivan understood everything that being a “PK” entails in a way that only card-carrying members of that special club can. 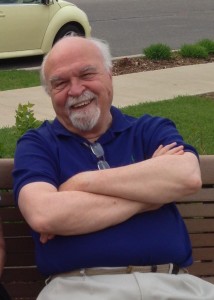 Ivan and I shared a commitment to ideas and philosophical discussion, a love for writing, a distaste and ineptitude for small talk, and a full appreciation of adult beverages (usually wine for him and scotch for Lois and me).

One brief exchange during lunch at a coffee shop in St. Joseph, MN encapsulates Ivan for me. In the midst of a typically dense and intense conversation, Ivan pronounced in his usual stentorian tone that “The heart of Christianity is what you believe about the stories. Do you believe the stories are true or don’t you? Yes or No? And if you say ‘let me think about it,’ that’s the same as saying No!” This was not directed at me specifically—Ivan was just drawing a line in the sand, as those of us who knew and loved him expected him to do. But I remember thinking “I’m in trouble. Because not only am I not sure about whether my answer to his question is ‘yes,’ ‘no,’ ‘let me think about it,’ or even ‘which stories are you referring to?’—I’m inclined to say that ‘it doesn’t matter.’” Ivan and I frequently agreed to disagree on important issues, the sorts of issues and disagreements that sometimes end friendships before they begin. But I learned and practiced the skill of “achieving disagreement” over the years with Ivan. He had very strong beliefs and opinions, but was also ready and willing to learn something new and to change. He was a careful and effective debater who gave as well as he took. Ivan did not suffer fools gladly, yet could be extraordinarily patient and generous. 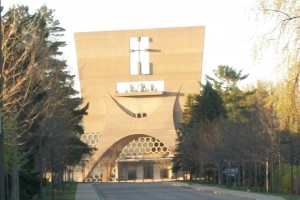 He could sniff out insincerity like a moral bloodhound. Hours of conversations with Ivan helped me not only to crystallize my own beliefs and commitments but also to learn how to communicate them without fear. Because Ivan was fearless and his courage was contagious.

Lois became my Morning Prayer buddy at Collegeville, trudging up the half-mile hill to the Abbey from our Institute apartments in sub-zero temperatures morning after morning just to read psalms and pray with the monks. Ivan was with us in spirit as he snored in the comfort of their apartment—not an early morning person. But Ivan’s spiritual antennae were attuned to the strange and wonderful behavior of the Holy Spirit—“Big Bird” as Ivan, Lois, Jeanne, and I called her— 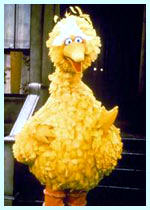 in deep and profound ways. Ivan defined a “miracle” as “something that everyone says will never, ever, ever happen and it happens anyways.” I consider Ivan’s presence in my life to be one of those miracles. He recognized early on, perhaps before I did, that deep down I was dealing with a full-blown spiritual crisis and was the first to note that, against all odds, things were changing for me. “You’re not the same person you were when you showed up a couple of months ago,” he said one cold March day. And he was right—I wasn’t. Ivan and Lois were both witnesses to and catalysts for these changes—I am forever grateful.

Jeanne met Ivan and Lois when she visited Collegeville over Easter Break, and the connection was immediate. Over the subsequent years we visited them in Washington D.C. a couple of times, they came individually and together to us in Providence and, most often, we hung out with them in Minnesota, including during a Christmas blizzard. Minnesota grabbed them so strongly that they never left until just a couple of months before Ivan’s passing. Jeanne and Ivan often butted heads over the importance of Catholic hierarchy— 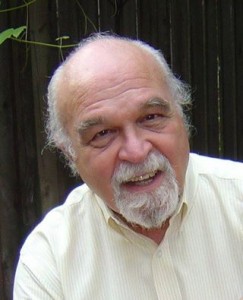 Ivan as a Catholic convert and Jeanne as a cradle Catholic had quite different perspectives on any number of things Catholic. One day Lois and I returned from noon prayer to find Ivan and Jeanne in the midst of a deep and intense conversation. They were role playing—Ivan was playing the role of the Pope, and Jeanne was challenging him to account for any number of things from papal infallibility through an all-male priesthood to the prohibition of contraceptives. Pope Ivan essentially told Lois and I that their conversation was important—we could either leave or be present but silent. Far be it from me to contradict a papal edict.

A couple of take-aways from this morning’s funeral. After a red-eye train trip, two subways and one twenty- minute bus ride through a very sketchy part of Philadelphia, I was thrilled to see Abbot John Klassen, monk in charge of St. John’s Abbey in Collegeville where Lois, Ivan and I spent dozens of hours together, at the front of the church. John is at least six-foot four—in his abbot getup he looks like one of the beautiful cranes who hang out in the various Minnesota lakes. After his usual bear-monk hug, we compared Ivan notes. John had travelled farther than I to be at the funeral, but shared my feelings—“There is no place in the universe that I was going to be this morning other than here,” he said. The Abbot told me a great Ivan story I had never heard. When Ivan and Lois visited St. Peter’s Basilica in Rome for the first time many years ago, Ivan looked around at the gaudy, baroque splendor and asked “Is all of this really necessary?” The Mennonite trumped the Catholic on that occasion.

The first reading during the funeral mass was from the prophet Micah. I had no idea that my favorite passage from the Jewish scriptures was also Ivan’s.

He has showed you, O mortal, what is good—and what does the Lord require of you but to do justly, love mercy, and walk humbly with your God?

More than anyone I have ever known, Ivan lived that verse to its fullest. Rest in peace, Ivan—and say hi to Big Bird. I’ll be seeing you soon.

August 10, 2015 The Wicked
Recent Comments
4 Comments | Leave a Comment
Browse Our Archives
get the latest from
Freelance Christianity
Sign up for our newsletter
POPULAR AT PATHEOS Progressive Christian
1