To clarify thought, to discredit the intrinsically meaningless words, and to define the use of others by precise analysis—to do this, strange though it many appear, might be a way of saving human lives.   Simone Weil

The above passage comes from Simone Weil’s essay “The Power of Words,” written in the late 1930s as Nazi forces, ideology, and propaganda swept across Europe. Weil’s concern in the essay is to push back against the insidious ways in which language can be misused and twisted in the service of ideology, nationalism, tribalism, and violence. Seventy-five years later, her essay reads as if it was written yesterday. 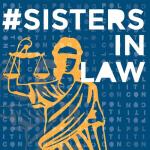 I was reminded of Weil’s essay the other day as I listened to an episode of #SistersInLaw, a new podcast featuring Jill Wine-Banks, Barbara McQuade, Joyce Vance, and Kimberley Atkins, described in their promo material as a “brilliant team of political and legal masterminds” who “pull the curtain back on how our government actually works, take on the corrupt, share their wisdom, and give us their rulings on the latest in politics, law, and culture.” If you are a regular viewer of MSNBC, you’ll recognize these women as regular contributors to any number of shows. I highly recommend their podcast.

In their 2/19/21 episode, titled #SayThisNotThat, the four contributors discuss why words matter in our national legislation and dialogue. The starting point for the conversation was the Biden administration’s new directive to various governmental agencies, including the Department of Homeland Security, that terms like “alien” and “illegal alien” should not be used in internal or public communication, replacing such terms with less dehumanizing words like “non-citizen.” This diretictive reverses directives from the former Trump administration in 2018 when then Attorney General Jeff Sessions told the Justice Department to use the word “alien” in their legal pleadings and communications instead of phrases like “undocumented immigrants,” since the word “alien” is used in 1950s and 1960s legislation related to immigration.

The podcast conversation continued to explore the various ways in which words change over time and we are challenged to change our vocabulary accordingly. It is often a challenge to keep abreast of the current word or phrase that is considered appropriate for a demographic or group of people; for many, the task smacks of political correctness and liberal pearl-clutching.

In my experience, such reactions usually come from persons whose gender or race have provided them with a barrier of privileged protection from weaponized words and phrases. As Barb McQuade says in the podcast, “language evolves, and we must evolve with it. It’s on all of us to keep up.” At the end of this section of the podcast, Jill Wine-Banks directs us to #SayThisNotThat, a Twitter hashtag that she has started that calls attention to language that is inaccurate, misleading, and/or offensive. Check it out!

The podcast conversation reminded me of when my youngest son Justin was visiting from out West for a few days a couple of years ago. He joined me on Friday afternoon at the small pub on campus to experience the weekly 4:00 weekly gathering of a dozen or so faculty to share a beer (or two or three) at the end of the academic week (we’ve been doing this weekly on Zoom for the past year). Justin enjoyed meeting my colleagues, but about fifteen minutes into the gathering, I noticed that he was paying more attention to his phone than to us, frequently poking furiously on the screen as he texted someone somewhere.

Thinking this was somewhat rude, I asked him what was so important on his phone that he couldn’t focus on drinking beer with the group.

Last year, I wrote on this blog about challenging myself to eliminate words and expressions having to do with guns, shooting, and firearms from my written and verbal communication.

How to Speak About Gun Violence

I am pleased to report that my project is going well. I’ve done particularly well in writing, and have at least advanced far enough in changing my spoken communication to be able to hear it when it arises (it was unconsciously pervasive at first). It takes work, but it’s worth the effort.

For a person of faith, it is important to pay attention to the words you use when engaging with people of similar faith with whom you disagree. The title of this blog, “Freelance Christianity,” by joining two words that don’t usually go together, is specifically intended to let the reader know that what she or he is about to encounter might not always use familiar words and phrases in traditional ways.

Not surprisingly, professed Christians have described me in their comments as a “heretic,” “secularist,” “pretend Christian,” “a servant of Satan,” and a “blasphemer.” I, on the other, am committed to always referring to such critics as “fellow Christians,” even though I would frequently like to drop an f-bomb in between “fellow” and “Christians.” Why? Because “Christianity” is not owned by any version of the faith. It is not a tribal label. Christianity is a big tent, covering a multitude of various commitments. Using the word to reflect that is yet another opportunity to indicate that words matter.

Ludwig Wittgenstein once asked, tongue-in-cheek, “How do I know what I’m thinking until I hear myself say it?” Our words shape our reality—let’s get serious about them. 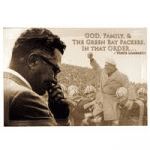 March 11, 2021 Jesus Didn't Care About Family Values
Recent Comments
0 | Leave a Comment
Browse Our Archives
get the latest from
Freelance Christianity
Sign up for our newsletter
POPULAR AT PATHEOS Progressive Christian
1