The Father, Son, and Holy Spirit walk into a bar: Some thoughts about Trinity Sunday and Ordinary Time

The Father, Son, and Holy Spirit walk into a bar: Some thoughts about Trinity Sunday and Ordinary Time June 16, 2019 vancemorgan

Next to Lent, the part of the liturgical calendar that I have always found least attractive is the stretch of endless weeks in green from Pentecost to the Sunday after Thanksgiving: Ordinary Time. Catholics and Episcopalians (as well as many other Christian denominations) follow the same liturgical calendar and readings—I recall that, when on sabbatical a decade ago, a fellow resident scholar at the ecumenical institute where I was spending four months, who happened to be Catholic, told me that Ordinary Time was her favorite liturgical season. “Must be some weird Catholic thing,” I thought with appropriate Episcopalian disdain.

The last week of that sabbatical happened to be the week between Pentecost and Trinity Sunday, the first week of Ordinary Time. The benediction that closed morning, noon, and evening prayer at the Benedictine abbey up the road where I had become a regular had always been “Give praise to the Father Almighty, to his Son Jesus Christ the Lord, to the Spirit who dwells in our hearts, both now and forever, Amen”; but on the first day of Ordinary Time, the benediction at noon prayer was strikingly different:

One God, forever and ever, Amen.”

Appropriate in anticipation of Trinity Sunday, I suppose, but I was particularly struck by the “celebrates life” portion of the prayer. It came as a wake up call that particular Monday morning, because I had received email word the previous evening that I had not been accepted into a summer writing workshop at the very same ecumenical institute where I was concluding my sabbatical, a workshop that I really, really, really wanted to be part of.

My career in academia has been mercifully almost rejection free, and it’s a good thing, because I don’t handle rejection well. Despite learning from the email that there had been 141 applications for 12 slots, I took the “no” as a negative judgment about the whole me, from my ponytail to my shoes. This, in addition to knowing that my sabbatical at this place that I had come to love would be ending in a few days, and that I had an exit interview that afternoon with the Institute program director, made for a less-than-fabulous morning.

Slouching in my usual seat in the choir stalls, I was definitely not in the mood. For the first time in the dozens and dozens of liturgies in which I had participated from that seat over the previous four months, I didn’t feel like being there. The hymn was lame, followed as usual by a section from Psalm 119 extolling the wonders of God’s law and how fabulous it is to obey God’s word. Whatever.  One minute of silence. The second psalm was entirely forgettable, until the end when the solo monk for the day sucked some phlegm down his windpipe the wrong way. After several seconds of coughing and throat clearing, he finished the last three lines sounding like he’d been sucking on helium. No biggie, dude—happens to me all the time. One minute of silence. The third psalm, number forty-something, included the line “it is good that I was afflicted.” In response, I thought “Oh yeah? I’m afflicted by rejection today, and it isn’t good.” My stomach rumbled in anticipation of lunch.

Then I heard that the Trinity likes to celebrate life. Who knew? I wonder how that goes. The Father, Son, and Holy Spirit walk into a bar (since celebrating life often is accompanied by adult beverages). On the left is an older guy with white hair and a beard (a better one than mine); he’s drinking an Oban 14 neat (or an Ardbeg 10, or a Highland Park 17—whatever single malt he’s in the mood for). In the middle is a younger, brown-skinned Middle Eastern guy, who is drinking the strongest stout the establishment has on tap. To the right, a dove is standing on the bar dipping her beak into a martini with two olives (never could figure her tastes out). Create your own imaginary scenario of the Trinity celebrating life—but be sure that they are truly celebrating.

That evening I practiced my version of celebrating life with two of my good buddies (a married resident scholar couple) and a guitar-picking monk who is a native of Montana and was in charge of the monastery orchard. Our conversation ranged from then still-new President Obama’s controversial commencement speech at Notre Dame to abortion to politics at the Abbey, while eating salmon, potatoes, salad, and drinking lots of wine. We ended up sitting on the back patio overlooking the lake as it got dark.

In the dusk the lake became still and as calm as glass, reflecting the trees along the shore in upside-down perfection. Brother John serenaded us with Bob Dylan and Joan Baez tunes, and we talked about our colleague Conrad who had unexpectedly passed away in the apartment next to mine (while pouring himself a martini) just a few days earlier. Conrad had loved this place, and thought it was a little bit of heaven. “I think this a bit of heaven too,” my friend said. I’m not sure about the whole heaven thing, but if there is one, something like that evening would be fine.

Then Brother John began playing “Summertime” from “Porgy and Bess” and I knew my friend was right—this was heaven. “Summertime” is a song that Jeanne sings beautifully; she had sung “Suzanne” with Brother John after a group dinner when she had visited me for a few days over Easter and he fell in love with her (he told me so in an email). I can understand that because over thirty years ago, two days after we met, Jeanne, my dad, and I were having drinks in a Wyoming lounge attached to the restaurant where we’d just had dinner (my boys went back to my folks’ condo with Grandma). Jeanne went to the front and, accompanied by the resident lounge lizard on the piano, sang another Gershwin tune, “Can’t Help Lovin’ That Man of Mine.” I decided she was singing it to me and I fell off the edge of the cliff I’d been balancing on for the previous two days. I was in love. I didn’t tell her for another month, but hey, that’s pretty quick for me.

Looking back now, I realize that it was entirely appropriate that I first found out about the Trinity’s celebration of life at the beginning of Ordinary Time. The majority of every person’s days are ordinary, broken up occasionally by highs and lows. We tend to mark the passage of our lives with those highs and lows, but Ordinary Time reminds us that our lives are to be lived and celebrated, not in anticipation or remembrance, but in the present. At the end of his monumental Essais, Michel de Montaigne writes that

It is an absolute perfection and virtually divine to know how to enjoy our being rightfully. We seek other conditions because we do not understand the use of our own, and go outside of ourselves because we do not know what it is like inside . . . The most beautiful lives, to my mind, are those that conform to the common human pattern, with order, but without miracle and without eccentricity.

There’s nothing better than an ordinary day, a day in which one finds a new way to celebrate being alive. Let’s practice being ordinary this summer. 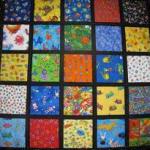 June 13, 2019
What My Father Taught Me About Reading and Belief
Next Post 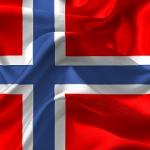 June 18, 2019 If Norway Speaks, Donald Trump Will Listen—but probably not to this
Recent Comments
0 | Leave a Comment
Browse Our Archives
get the latest from
Freelance Christianity
Sign up for our newsletter
POPULAR AT PATHEOS Progressive Christian
1

I can see us sittin' round...
slacktivist
Books by This Author Books by Vance G. Morgan