The President Who Wouldn’t Leave

One of my favorite skits from the early years of Saturday Night Live involved a situation that all of us are familiar with. A guest has overstayed his or her welcome and is completely oblivious to stronger and stronger suggestions from those whose house the visitor has crashed in that it’s time to call it a night and go home. In “The Thing That Wouldn’t Leave,” John Belushi is that guest, entirely unaware of and resistant to the efforts of Bill Murray and Jane Curtin to get him to leave.

Millions of Americans these days are feeling the same way about the current resident of the “People’s House,” the White House, who despite increasingly pointed reminders that he is to be out of 1600 Pennsylvania Avenue by January 20th so the new tenant can move in, continues to seek more and more desperately for a way to stay in residence. Someday, someone will make a horror film about these past weeks and months: “The President Who Wouldn’t Leave.”

In the first book of Plato’s Republic, various people discuss the meaning of justice. After a few high-minded and idealistic attempts at a definition, a guy named Thrasymachus cuts to the chase with a very down-to-earth definition that says much about why power is so seductive and why those in power seek so vigorously to keep it. Justice, says Thrasymachus, is whatever is in the interest of the person or persons in power. Those in power, in other words, get to say what is just or unjust, right or wrong—and everyone else must live with it. It’s no wonder that one of the greatest works of political philosophy ever written, Nicolo Machiavelli’s The Prince, is an instruction manual for how to keep power once you have it.

One of the reasons that the U.S. Constitution includes so many procedures and steps for elections and then the transfer of power, and the reason why so many constituencies and different offices are involved in that transfer, is that the Founding Fathers knew something about human nature. They knew that those in power will usually be reluctant to give it up. There is a story, probably apocryphal, that George Washington, after American independence was won, was offered the kingship of the newly established nation. He turned it down, choosing instead to return to his farm (until he became our first President). But our current lame duck President is no George Washington, and he is not leaving willingly.

It is tempting to sit back in the cheap seats and be critical of Trump’s increasingly shameless attempts to stay in power, as well as the embarrassingly craven efforts of other elected officials to either turn a blind eye toward or actively support those attempts, but be honest. What would you do to keep power if you had it? One of the reasons Lord Acton’s observation that “Power tends to corrupt, and absolute power corrupts absolutely” is so famous is that we all know it to be true. Are you sure you would willingly hand over power without doing everything you could to keep it? Just how far would you go?

Last Sunday’s gospel reading provides us with a classic illustration of the lengths to which some people will go to keep power. Just after the Magi leave the Holy Family, an angel tells Joseph in a dream to travel with Mary and Jesus to Egypt immediately. Why? Because King Herod has not taken the Magi’s questions about “Where is He who has been born the King of the Jews” well. In the interest of preserving his throne and power even against threats from newborn infants, Herod has ordered the murder of all male children under two years of age in Bethlehem, the “slaughter of the innocents” that I wrote about a bit over a week ago on this blog.

A Different Kind of Christmas Story

Better than dozens of innocent children die than that Herod’s power be threatened.

Our American experiment in democracy is built on the premise that, despite the natural human inclination to hang on to power at all costs, there can be such a thing as a peaceful and orderly transition of power from one person to another, even when those persons strongly or even viscerally disagree with each other. There was (and is) no guarantee that this would work.

A historian on my campus, a professor emeritus and good friend who was one of my mentors when I first started teaching at my college more than a quarter-century ago, is a well-published and highly regarded presidential historian. I team-taught with him on a number of occasions over the years. I heard him tell our students on more than one occasion that the American Revolution, despite what the history books tell us, was not completed until the presidential election of 1800, when Thomas Jefferson defeated incumbent President John Adams. Adams and Jefferson were bitter political rivals, polar opposites both in policy commitments and temperament. Each man, as well as their respective party members and those who voted for them, believed that the new republic was in dire danger of failure if the other won.

The election was extraordinarily close, eventually ending up in the House of Representatives. After weeks of shenanigans, political machinations, and dozens of votes, Thomas Jefferson was declared the winner. And then the most remarkable thing happened. The incumbent President, John Adams, handed the reins of power over peacefully to Jefferson, the very man who he was sure would cause the demise of the brand new and fragile republic. Just as the Constitution directed. This, according to my historian friend and colleague, was the true successful conclusion of the American Revolution. Not until a sitting president was willing to hand power over to a bitter rival, simply because the will of the people and the rule of law said so, was there evidence that this experiment in self-governance might actually work.

The thing about experiments, of course, is that are ongoing. We are in the middle (hopefully close to the end) of one of those new experiments right now. Congress meets tomorrow to count the Electoral College votes from the Presidential election, a procedure that is usually benign and drama-free. It will be anything but that tomorrow—the stakes are the highest imaginable. Will the Constitutional guard rails which have been sorely tested time and time again by this President and his minion sycophants hold one more time? All indications are that they will, but only after subjecting everyone to many hours of (with apologies to Shakespeare and Macbeth) “tales told by idiots, full of sound and fury, signifying nothing.”

If nothing else, the never-ending drama and theater of the absurd that we have lived through for the past four years should energize all of us to be more conscious of just how vigilant we must be if we truly want to preserve this American experiment and pass it on in a more robust and healthy form to future generations. Fully recognizing that we are not out of the woods yet, and acknowledging that January 20th cannot possibly come too soon, it could have been worse.

Tomorrow will undoubtedly be a stressful day for us all. Thanks to my son, Caleb, for sending me this link a few days ago. Sometimes laughter is truly the best medicine. 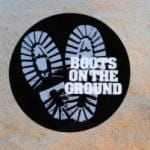 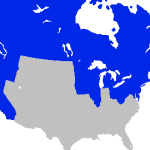 January 7, 2021 The Best of 2020 #5: Leaving Jesusland . . . For Good
Recent Comments
0 | Leave a Comment
"I've been a widower for three years. I don't recommend volunteering for the "honor," but ..."
Jon Altman What is the Difference Between Solitude ..."
"When I found Barbara Brown Taylor's books, I immediately was drawn into a wonderful wordsmith ..."
Marti Don’t Put Jesus Back in the ..."
"What is all that supposed to mean?"
Eeyore Stalking the Elusive God
""How am I a different or better person because of these beliefs, even I cannot ..."
brmckay Stalking the Elusive God
Browse Our Archives
get the latest from
Freelance Christianity
Sign up for our newsletter
POPULAR AT PATHEOS Progressive Christian
1

Polybook: A New App for Lifelong Learners and...
It was great to have a Zoom conversation with Joe White yesterday....
view all Progressive Christian blogs
What Are Your Thoughts?leave a comment
Copyright 2008-2020, Patheos. All rights reserved.