In 1987, as Vice President George H. W. Bush prepared to step out of Ronald Reagan’s shadow and run for the Presidency, he was occasionally urged to step back and take a large view of the America he wanted his possible Presidency to help create. This, as it turned out, was not particularly easy for the Vice President to do. Colleagues reported then and later that while Bush understood thoroughly the complexities of issues, he did not easily or naturally fit them into larger themes or frameworks. This led to the reputation, deserved or not, that Bush lacked vision. It rankled him. At one point, the story goes, he asked a friend to help him identify some cutting issues for the upcoming Presidential campaign. Instead, the friend suggested that Bush go alone to Camp David for a few days to figure out where he wanted to take the country, urging the VP to think about a bigger picture beyond the small pieces of his legislative agenda. 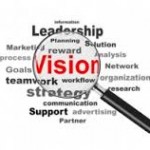 The vision thing has been front and center for me over the past few weeks. Last month I spent a day on the campus of a state university in Connecticut as one of two outside reviewers of their liberal arts core curriculum. As one of several state universities, this one’s “brand,” established more than a decade earlier, was claiming to be Connecticut’s state liberal arts university. The core curriculum, created with that vision in mind, was a rather complicated three-tiered system that all students are required to navigate through steps from familiarity to expertise in a diverse range of skills and classroom experiences. Six years after its inception, it was time for both self-study and external review.

The good will and commitment of everyone my colleague and I met on our visit, from students through faculty to administrators, was clear. It was also evident that the core was the result of a few years’ worth of debate and compromise in the early 2000s, a process of negotiation and give-and-take that I am very familiar with from my own campus. 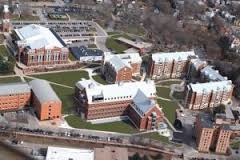 What was not clear in the self-study, nor in our campus visit, was the original vision behind the core program. Clearly someone, more likely several persons, originally provided the reasoning behind the core, the evidence that this new system of required courses, undoubtedly risky on a public university campus, would over time in practice embody the university’s public commitment to the liberal arts.

But no procedure for “keeping the vision alive” was established at the outset, and now several years later many of the original visionaries have retired. My colleague and I met with one of them, a professor emeritus who confided that the core curriculum as it exists not “isn’t what we had in mind.”

Professors hired in the last decade told us that they had received no orientation to the core curriculum upon being hired—they had just picked up what they knew about it on the fly. The students had nothing to say when asked about the value of the liberal arts education they were in the process of receiving—as far as they knew, the core so carefully planned several years ago was just a bunch of courses to “get out of the way” so they could get to the real purpose of their being at the university—their major courses which they perceived as being their direct vehicle to a good job upon graduation. There was no system for assessment in place, because no one really knew what the core was supposed to be accomplishing. And now it is just something everyone does—and no one can really explain why. The report that is due from my colleague and me in couple of days is writing itself.

As I live out the final weeks of my four-year stint directing my college’s large interdisciplinary, team-taught humanities program required of all students during their first four semesters, regardless of their major, my outside evaluator experience has been a reminder and warning. Don’t let the vision die. 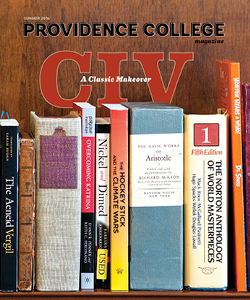 After a number of years of debate, starts and stops, and hard work we are in the third year of a new core curriculum, a new core of which the program I direct—in a re-energized and exciting form—is the centerpiece. I was an active participant in the creating of the new core, but my real task has been to steer the program I direct from the old to the new, to urge, force, and seduce the faculty to “buy in” to this new thing that is replacing what we had been doing for more than thirty years. And this requires, first, knowing what the vision behind the new program is (I do) and, second and most importantly, creating systems and methods to keep that vision alive as we original establishers and keepers of the vision fade away like the 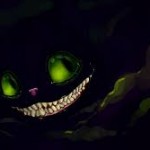 Cheshire Cat (I’ve been working on it). I imposed the vision largely by force of my own enthusiasm for it, assisted by faculty who shared the vision and enthusiasm, in the first couple of years as director, but realized eventually that a transition had to begin that would move the program from personality to vision-driven.

If this program and the core curriculum on my campus is to avoid becoming the program I evaluated two weeks ago across the state border, succeeding waves and generations of faculty and administrators must keep the vision alive. The other day a good friend and colleague told me at lunch that the most hated colleagues on campus from the perspective of the faculty in his department are the members of the committee whose charge is to approve (or deny) courses proposed as satisfying various elements of our complicated new core curriculum. 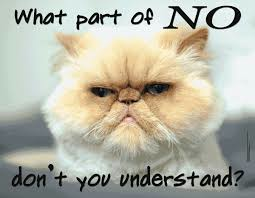 I agreed with my friend that these committee members, all of whom are our faculty colleagues, do indeed draw the ire of many faculty on campus. Why? Because they often say “no.” They are responsible for making sure that the objectives of our new core are adhered to. They are, in other words, the committee charged with “keeping the vision alive.” And that makes them very unpopular. “Why can’t we just keep doing what we’ve always done, perhaps with a minor nod toward the new core objectives?” many faculty want to know. The answer is that there’s a new vision in town. This committee’s job is to make sure that the energy and creativity infusing the new core at its inception is not lost in the daily grind of getting shit done. It’s not an enviable task, but someone’s got to do it. Really. The alternative is to find ourselves not many years down the line just cranking out bunch of courses, organized somewhat differently than they used to be, having lost any awareness of why we made the change.

According to the Book of Proverbs, “Where there is no vision, the people perish.” And so, I would add, do programs, curricula, plans, hopes and dreams.

One of the most important continuing lessons I have been learning over the past few years is “Be where you are and do what you are doing.” Make a point of paying attention to the trees instead of obsessing about the forest, in other words. The vision thing is the flip side of that. I could spend so much energy and time with the trees that I might forget that there is a bigger picture. As Thoreau wrote, it would suck at the end of my life to find out that I hadn’t lived. The rather boring but absolutely true thing is that it’s a matter of balance. The vision thing helps me to remember the difference between living and living well, as Socrates described shortly before his execution. But the vision thing has to be lived out incrementally and daily. After all, this forest is made up of trees.

April 22, 2015 Pleasure and Joy in the Work
Recent Comments
0 | Leave a Comment
"First of all…GREAT article on a subject that already interests me…Personally I have seen things ..."
Charlie Rivers The Truth Will Mess You Up
"I always love it when people quote random scriptures out of context. Now explain what ..."
Vance Morgan Faith Is About Asking the “What ..."
"The FallNow the serpent was more crafty than any of the wild animals the Lord ..."
AM Faith Is About Asking the “What ..."
""The truth will set you free" combined with "I am ... the truth" leads to ..."
Neil Brown The Truth Will Mess You Up
Browse Our Archives
get the latest from
Freelance Christianity
Sign up for our newsletter
POPULAR AT PATHEOS Progressive Christian
1