I had an unexpected and very interesting exchange concerning science and faith on Facebook the other day. I know that “interesting exchange on Facebook” might sound oxymoronic, but it actually happened. Commenting on a new blog essay that I wrote while on retreat a couple of weeks ago, a Facebook acquaintance who is a fellow graduate of the Great Books program at St. John’s College wrote the following.

I had not yet spent any time looking at the spectacular images from the Webb telescope released this month—this fellow’s comment prompted me to look. I was as blown away as everyone else who has seen them. But noting that he said the images confirmed something he had believed for a long time, his comment made me think about something else.

Where do our foundational convictions come from? Do we shape them according to evidence, or do we more often pick, choose, and shape evidence to fit our already-existing convictions? I know, these sound like classroom questions (and they frequently are in my courses)—but knowing the undergraduate education the commenter and I shared, I hoped for a thoughtful response. I was not disappointed.

There is much of value in these responses, starting with a praiseworthy dedication to the pursuit of truth wherever it might lead no matter what the area of pursuit. Commitment to actually changing one’s mind concerning what is and is not true on the basis empirical observation and wide reading is similarly praiseworthy.

But such a pursuit never happens in a vacuum. In my conversations with atheists over the years, I have found that their most frequent criticism of persons of faith is that such people always start with a belief in place, then seek to fit selected data into that belief framework, warping some data and fully ignoring other data if they don’t fit preconceptions. My response is not to claim that, on the contrary, faith is “objective”—it is anything but. My response is rather that there is no such thing as an “objective” observer—the pursuit of truth and the building of a belief system is much more complicated (and interesting) than that. That applies equally to persons of faith, atheists, and every other human being. 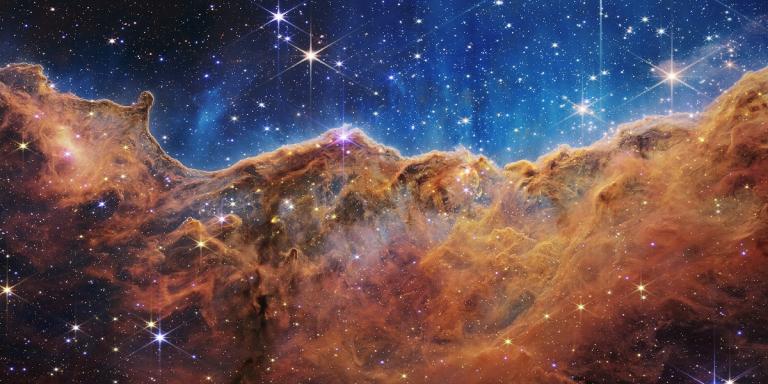 How is it that two people of good faith, looking at and considering the very same new data, can conclude that the new data confirms “long held convictions” that happen to be entirely contradictory? The answer at least partially lies in realizing that no one is exclusively, or even primarily, data driven. With apologies to John Locke, no one is a tabula rasa, a blank slate. What even counts as a fact or as truth is shaped by belief frameworks that often reflect experiences that we may not even be aware of.

Just to be clear, I am one of those people who look at the Webb images and find that they immediately confirm my belief in an awesome and creating Deity. I do not believe that it is useful or productive for anyone to use such images or new scientific discoveries in an attempt to convince others of the existence (or non-existence) of God—such “proofs” never work. And my impression was that neither the commenter nor I were seeking to do that. We were simply expressing our convictions.

Why was I not (am I not) interested in a debate or argument, especially given that such arguments are so endemic to social media? Because a discussion about where one’s “long-standing convictions” come from requires more than sound bites. I have no idea how the commenter’s long-standing conviction that “the universe is a cold, mindless, soulless void without purpose or meaning” developed—I’m sure it has been informed and shaped by a lifetime of experiences. I’m still working on how to explain—to myself primarily, but also to others—why I believe in an awesome and creating God in the face of what on the surface seems to be so much contrary evidence. I’ve essentially been working on that for the ten years of this blog’s existence and longer. The best I can say is what Rachel Held Evans used to say: This is the story that I’m willing to be wrong about. I would love to have a lengthy conversation about our long-standing convictions with the commenter sometime. But not on social media.

I was pleased and satisfied with our final exchange.

Sometimes the best thing that can happen at the end of a conversation between two people with incompatible long-standing convictions is respectfully wishing each other a good day and walking away. What made this brief exchange both enjoyable, illuminating, and peaceful is that neither of us was threatened by the other. I do not have an agenda for his improvement, and I did not perceive that he had such an agenda for me. Imagine that. 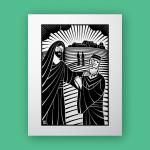