I’ve been thinking a lot about end of life issues lately. Really. They seem to be showing up everywhere–on the television show we are currently binge-watching, in my readings in the Psalms, in Montaigne’s Essais that I taught last year, in a lead article in the Atlantic that just came in the mail, in a novel I am rereading that will be the first assignment in my ethics class in the fall. It may also have to do with a significant bike accident that I had a month ago. You know who never talks about end of life issues? Political candidates. Everyone’s clear about their position concerning abortion, but when’s the last time you heard any candidate of any political persuasion talk about death with dignity, physician-assisted dying, or aid-in-dying legislation? I thought so. Never.

After ten years of blogging, I’ve learned to pay attention to issues and ideas that come my way, even when unsolicited, using them as material for my ongoing writing efforts. And it’s not as if end of life issues are unimportant. After all, we all are going to die–as Qohelet reminds us in Ecclsiastes (I wrote about this a couple of Sundays ago).

What They Don’t Tell Us About Wisdom–Part Two 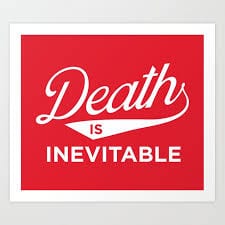 Death is not optional. One of my most effective attention-getters in any given class is to point out to a bunch of 18-21 years olds that unless there is a major breakthrough in medical technology in the next few decades, we know one thing to be true with certainty. Within 100 years, everyone in this classroom will be dead. Put the coronavirus pandemic into the mix, and even the healthiest and youngest of us are bumping into our mortality and short shelf life more frequently than usual.

Last Sunday was my second of two Sundays pinch-hitting on the organ at the Episcopal church I attend. Last Sunday was also the day before Independence Day, a Sunday that some folks expect a patriotic music extravaganza at some point. Not when I’m on the organ bench–I hate patriotic music in church with a passion. I did give a nod, however, to God and country by selecting one of my favorites for the processional hymn: “O God, Our Help In Ages Past” by Isaac Watts. It has a great bass line, and it’s a lot of fun to play on the organ. It was also the entrance hymn at the September 14, 2001 National Prayer Service at the National Cathedral in Washington, DC, three days after the 9/11 terrorist attacks. It puts tears in my eyes every time.

Bears all our years away;

Watts’ hymn is a setting of Psalm 90, a powerful text in the Jewish scriptures that establishes unflinchingly a truth that most of us would just as soon ignore. We are all going to die. I heard this psalm read beautifully at a philosophy conference I attended a few years ago in Ottawa. It was the annual get-together of the one academic society in which I am very active; one of our long standing and regular members had passed away during the previous year.

My wife, who simply says that “getting old sucks,” would entirely agree. Jeanne and I are in our sixties, mere youngsters in many people’s estimation, I’m sure. But the swift passage of time is difficult to ignore when my sons, 8 and 5 when Jeanne and I first met, are now 43 and 40, when I can’t quite match the times and distances on my daily bike ride that I established five years ago, and when the face looking back at me from the mirror looks more and more like my father’s face did in his later years (he died in his early seventies). Talk about planned obsolescence. 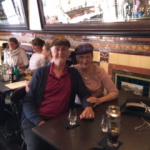 July 17, 2022
Mercifully Grant that We May Grow Old Together: An anniversary reflection
Next Post 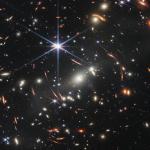 How does Jesus save? Part Five: Penal Substitution
The Penal Substitution Theory of Atonement is under fire from multiple directions....
view all Progressive Christian blogs
What Are Your Thoughts?leave a comment
Copyright 2008-2021, Patheos. All rights reserved.
Close Ad