To Whom Do You Belong?

During this academic year, my college is celebrating its centennial. For Jeanne and me, the highlight so far of a series of events scheduled to mark the anniversary has been a lecture by Doris Kearns Goodwin in October. We arrived early enough to sit in the second row, twenty feet or so from the podium, and along with a packed house were held spellbound for over an hour as our favorite historian used examples from the lives of Presidents about whom she has written best sellers—LBJ, FDR, Kennedy, and Lincoln—as the anchors of her discussion of leadership qualities. In the midst of her talk she mentioned her newest book,

The Bully Pulpit: Theodore Roosevelt, William Howard Taft, and the Golden Age of Journalism. Although the book was published three years ago and apparently spent several weeks at the top of the NY Times bestseller list, Jeanne and I were unaware of its existence. I ordered it from Amazon the next day, expecting that I would have to wait until Christmas break to dive into its 750 pages. But I’ve managed to sneak in the first chapter already—and it doesn’t disappoint.

I’m looking forward to reading this book because it touches on a part of American history with which I am not particularly familiar, the turn from the nineteenth to twentieth centuries described on the back cover as “the first decade of the Progressive era, that tumultuous time when the nation was coming unseamed and reform was in the air.” As I learned about the childhood and adolescence of William Howard Taft, I also learned about his father, Alphonso, a judge on the Cincinnati Superior Court bench who, from a life filled with accomplishments, picked his dissenting opinion in a case concerning prayer and the reading of the Bible in public schools as the achievement of which he was most proud. 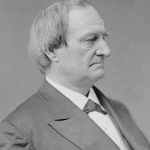 The court ruled that such prayer and reading could not be prohibited; in his dissent, Judge Taft wrote that “the Constitution of the State did not recognize the Christian religion any more than it recognized the religions of any other citizens of the state . . . the school board had an obligation as well as a right to keep religious partisanship out of the public schools.” Several decades later, of course, this position became the law of the land.

Judge Taft’s position reminded me of a reader’s comment posted on my blog in response to what I wrote the day before the election three weeks ago.

The commenter wrote that

I am unclear to how a liberal Christian votes . . . if you vote according to your faith that would be voting against abortion and those things that take God out of our government, am I correct?

This liberal Christian votes according to policies that seek to facilitate assistance to the poor, the homeless, the needy, the disenfranchised–exactly the persons Jesus told us that we must be most concerned about. Given the nature of separation of church and state, God does not belong in our government, but in the lives of those who profess the Christian faith. As to abortion, I describe myself as intelligently pro-life or conservatively pro-choice. Take your pick.

I must admit that I am equally unclear about how a conservative Christian votes. I’ve written about this on occasion–take a look:

The Return of Republican Jesus

There is an important difference between Christian political advocacy and Political advocacy by persons of Christian faith. I highly recommend the latter and advise strongly against the former. But this is a very difficult tightrope to walk, especially these days.

I received by far more views, shares, and comments on my post a week ago—“Who Is Their God?—than any of the several hundred I’ve written over the past four-and-a-half years.

In response to my wondering why 81% of white evangelicals voted for Donald Trump, the vast majority of the hundreds of comments on Facebook and my blog itself shared my own consternation and confusion. Many of these comments were eloquent and sobering. But there was some welcome push back, including a comment from a woman who said she believes that “being a Christian is compatible with just about any political position.”

I briefly expressed my complete disagreement with her claim, but she got me to thinking—always a good thing. Why exactly do I believe that my Christian faith draws me to embrace some social/political positions and reject others out of hand?

The text that I most often consider when wondering about what is required in real-time of a person seeking to live a life of faith is the prophet Micah’s directive: “What does the Lord require of you? To do justice, love mercy, and walk humbly with your God.” This is from the Jewish scriptures, and Jesus may have had it in mind frequently during his years of ministry, if the gospel accounts are the least bit accurate. He regularly made it clear to those who wanted to follow him that doing so would be a life changer.

“Sell all you have, give it to the poor, and come follow me,” he said to the rich young ruler (who couldn’t do it). “Go, and sin no more,” he told the woman caught in adultery. His disciples walked away from their lives as they knew them—and except for a few brief lapses, never returned to those lives. 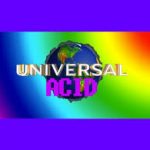 The life of faith is not something that can be layered on top of what one already has in place, making no significant changes to what lies beneath. Instead, such a life is like what Daniel Dennett once called “universal acid”—eating through everything one believes and transforming the ways one looks at the world.

Uncertainty, doubt, and faith are constant companions—no person of faith is ever “all set” with any collection of beliefs and commitments. But the requirements of justice, mercy, and humility are a constant litmus test for the beliefs and actions of any person who claims to be a follower of Christ. All Christians—from self-described conservative evangelicals to the most dedicated liberal progressives—should regularly apply this litmus test to their political and social commitments. A commenter on “Who Is Their God?” put it succinctly:

The upcoming events will be the opportunity for Christians to think carefully about what has happened. They will surely be confronted daily with decisions and statements that fly in the face of the gospel . . . Let’s see how long it takes for people to decide where they are on the most important question they will ever have to answer.  This is an opportunity for people to answer the question, “To whom do you belong?”  As Robert Jones in “The End of Christian America” has suggested, this may be the time for church members to understand whether they love their baggage more than they love Jesus.

November 30, 2016 What Goes Down Must Come Up
Recent Comments
0 | Leave a Comment
"back again! here's a truncated version of my two sadly lost replies: find Quarks, Chaos, ..."
madalyn baumstark Managing Our Lives Without God
"I suppose "Philiatic Pedagogy" wouldn't have aroused as much interest."
Illithid Palm Sunday and the Teaching Life
"Far, far too many Christians (am I racist, if I suggest many American evangelicals?) have ..."
brassyhub “I Don’t Know”: The most profoundly ..."
"Agree, but I also have a great Guardian Angel who has bailed me out many ..."
bill wald “I Don’t Know”: The most profoundly ..."
Browse Our Archives
Follow Us!