Valentine’s Day and Lent Belong Together

Three years ago, for the first time since 1945, Ash Wednesday and Valentine’s Day fell on the same day. This year, Valentine’s Day falls on the last Sunday before Lent begins on Wednesday. Perhaps someone is trying to tell us that Valentine’s Day and Lent belong together. My lovely wife Jeanne and I have had occasional conversations over the years about Lent that have, gradually, caused me to think differently about my least favorite liturgical season. 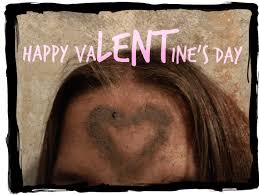 It all started early one Saturday morning. It’s 5:30 am (on Saturday, mind you), my eyelids are resisting the inevitable and Jeanne asks me, “What is Your Relationship with Lent?!”  She’s been up taking care of the dog, getting her coffee and obviously thinking about her relationship with Lent. Oh, the joys of being married to an extrovert. Jeanne manages to get a few mumbles out of me concerning my bad Lenten attitudes; later in the morning, she writes at the computer for fifteen minutes or so, then sends me via email attachment her composition entitled “Thank God it’s Lent,” clearly intended for my blog consideration, in which she explains her own evolving relationship with Lent. With minimal changes and occasional commentary from me, here’s what she wrote:

“Jeanne was a cradle Roman Catholic.  She surpassed many of her fellow young Catholics by being a daily communicant as a child, pursuing nunship,

I find the idea of my extroverted wife as a nun very amusing, and can imagine the inhabitants of the convent singing, as in The Sound of Music, “How do you solve a problem like Jeanne?”

working as a Minister of Music, falling in love with two seminarians at different growth phases (and winding up with a philosopher) and finally leaving the Roman tradition for a simple relationship with the Father, Son and Holy Spirit (or as she likes to call the Holy Spirit, Big Bird).

I know both of these seminarians, and am thankful they both had the good sense to choose the church over the love of my life—it would have been awkward when I met her thirty-three years ago if she had been married to one of them.

She’s spent her entire life it seems wrestling with the Godhead.  In fact, she has often described her relationship with God using the image of a boxing ring.  She and Jesus in the center, Jesus’ hand on her head, Jeanne’s fists flailing at the air. Jesus waiting for Jeanne to tire out, Jeanne never taking the mat.”

Jeanne calls this “Brooklyn spirituality,” which is about as far from my own type of spirituality as one can get. Still, one of the reasons our more-than-three-decade union of opposites has worked is that we respect the importance and value of each other’s very different attempts to figure out what the divine is up to.

“Jeanne came to believe that ‘If God is love, then Lent isn’t about giving things up or deprivation. It is about loving.’  She continued, ‘If I give something up because it is a sin I’m not moving toward God and myself, because the action is a negation.  But if I accept that what I’m giving up is something that isn’t good for me in the first place, then giving it up is truly loving myself. I’m showing gratitude to God and love for myself as His temple, His creation.’”

With allowance for my obvious bias in favor of anything Jeanne says, this is a profound insight. My problem with Lent has always been that it provides an opportunity for “spirituality on the cheap.” Anyone can give something up for forty days, especially if it produces a false sense of spiritual satisfaction. Jeanne’s insight is that I have this all wrong (a point she makes frequently to me). Lent provides an opportunity to deliberately do something that all of us regularly neglect: Taking care of and loving ourselves as if we mattered. Because we do. To wrap up, Jeanne—as is her custom—got direct and honest.

“To flesh this out, Jeanne has battled with food since birth, or at least that’s how it seems.  Her latest struggle is with diet drinks, coffee—which is her favored delivery system for sugar substitute and cream—and alcohol!  She loves her vodka.

About as much as I love single malt scotch and dark beer.

“She’s thinking of giving these up for Lent because

Yet, she drinks them.  To honor her new way of thinking about Lent, she has decided to embrace Love by doing what is good for her body, mind and soul.  Now if she could only grasp that going to the gym is also about loving herself!”

These are good decisions–plus, this means that for the next forty days Jeanne won’t be drinking any of my dark beer.

The Lenten question for many of us is not “What should I give up for Lent in order to feel deprived, and therefore more spiritual or holy?” The question rather is “Do I dare treat myself as if I matter?” or “Am I willing to risk seeing myself as valued and loved in the manner that God sees me?” If the answer to this is “yes,” then what are the ways in which I habitually treat myself as if I did not matter? Am I willing to deliberately suspend those activities, even for a limited time? Am I willing, with Big Bird’s help, to take on a new Lenten experiment—loving myself? 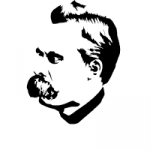 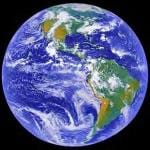 February 16, 2021 The Earth is Round. Two Plus Two Equals Four. Deal With It
Recent Comments
0 | Leave a Comment
Browse Our Archives
get the latest from
Freelance Christianity
Sign up for our newsletter
POPULAR AT PATHEOS Progressive Christian
1