In Lies We Believe Abut God, Wm. Paul Young (author of The Shack) tells the story of how one of his friends reacted to his speculation that we have the opportunity to choose God even after physical death (just one of many interesting non-orthodox ideas in this fascinating book). His friend’s viscerally negative response let Young know that he “had entered waters that were considered sacred. My intention made no difference. I had stepped on a land mine . . . [Later] I realized I had not tripped a simple land mine. I had inadvertently set off a cluster bomb.” His friend burst into tears because, as she said, “I think this is really dangerous. I am worried for you.”

There are certain ideas we assume are true because they haven’t yet been challenged by real life . . . We all get triggered when assumptions seem to be at risk, when we begin to feel defensive, when an idea is disorienting, or for reasons that reside in our past or journey.

One of the primary purposes of doctrine, dogma, and claims of certainty in the life of faith is to establish comfort and security in matters concerning God and our relationship to God. The problem is that we have absolutely no basis for certainty concerning what is greater than us. As I noted to a young man who is doing graduate work at BIOLA (Bible Institute of Los Angeles) in apologetics the other day during a Facebook conversation (more below), certainty is the enemy of both philosophy and faith.  And real-life experience is the great destroyer of certainty. 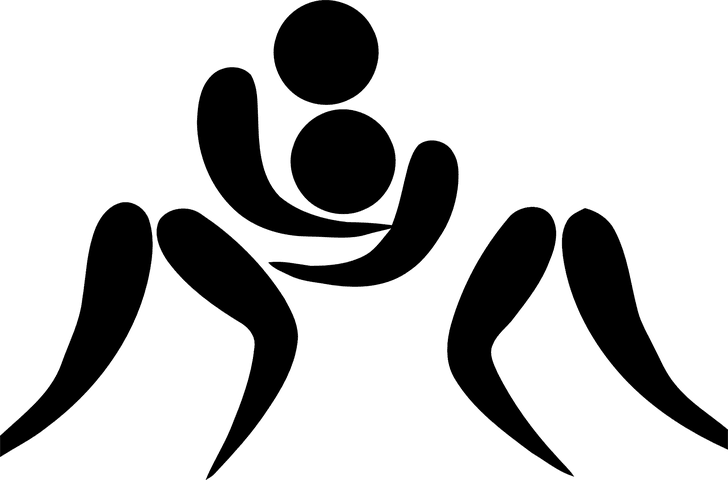 In her recent book Still, Lauren Winner tells the story of a friend, a pastor’s daughter, who at twelve years of age on the eve of her confirmation service told her father that she was having second thoughts about whether she should be confirmed. She didn’t know that she really believed all of the things she was supposed to believe, and she was particularly concerned about professing in front of the church that she was ready to believe these things forever. Her wise father responded that “What you promise when you are confirmed is not that you will believe this forever. What you promise when you are confirmed is that this is the story you will wrestle with forever.”

This is a great insight, but it is also an insight that causes great distress among many persons of faith. One of the purposes of this blog over the past seven years has been to wrestle with the story, to poke into corners of faith that I was taught to stay away from, and to ask the “What if?” questions that tend to challenge certainty directly. But for many persons of faith, “What if?” questions are entirely inappropriate once one has been made aware of and accepted the correct doctrinal answers to essentially unanswerable questions.

The title of one of my recent blog posts—“What If Morality and God Have Nothing to Do With Each Other?—is a case in point.

What If God and Morality Have Nothing to Do with Each Other?

While the comments from various readers on my blog site were thoughtful and insightful, I found myself particularly engaged on a Facebook site where my post had been shared with a couple of folks who, for quite different reasons, found what I wrote to be offensive to their understanding of Christian faith.

The first person claimed that I am doing the work of Satan, even though she eventually admitted that she had not read the essay—she had not been able to get past the title. Our conversation was very brief. I spent more time in Facebook conversation with the above-mentioned graduate student in apologetics. The conversation did not start well, as his opening salvo was “This person clearly hasn’t studied philosophy in any depth . . . It is sad that anyone claiming that Jesus is the Truth would question whether God and His goodness can be separated.”  In an admittedly defensive reply, I said that “I’ll put my 30 years of teaching philosophy at the university level up against whatever you’ve got. Perhaps you might want to consider that there are philosophical perspectives beyond your faith.” And it was on.

Over the course of more than a dozen exchanges, it became clear that the real problem he had with my essay was that it challenged (or perhaps ran straight over) many of his most important assumptions about how faith and what he knew about philosophy should fit together. He suggested, for instance, that since “this is a Christian Facebook page,” we should limit our discussion to “the philosophy that lines up with that understanding” (which, in his estimation, my essay clearly did not do). After reminding him that we were on a “progressive Christian page” (“Christians Tired of Being Misrepresented”), I suggested that “there is no monolithic ‘Christian’ framework against which all other possible Christian claims are to be judged,” throwing in one of my favorite passages from literature to illustrate.

Don’t try to get your philosophy and your faith to fit seamlessly together. Reality is far messier and more interesting than that. As Hamlet tells Horatio, “there are more things in heaven and earth than are dreamed of in your philosophy.” Or, I might add, in your theology/faith, for that matter.

One of the best ways to generate a story, or to wrestle with a story that is, in the minds of many, already fixed and finished, is to ask the “What if?” questions that tend to drive people who want their beliefs to have rock-solid certainty crazy. My offending blog post asked any number of these questions.

What if human beings do not possess tools adequate or appropriate for the search? What if transcendent truth does not exist at all, and there are only little, contingent truths that we construct for our utilitarian and pragmatic purposes, then baptize as Absolute Truth? Or worse, what if transcendent Truth does exist, but it is radically different than what we believe or expect it to be, different in some disturbing, frightening, or nightmarish way?

The young man I was conversing with assumed I presented these as rhetorical questions, but I take them more seriously than that. When it became apparent to him that I was not merely being a contrarian when I say that every part of my faith is provisional and subject to challenge, and when it became clear that his appeals to authority and tradition were not going to work, our conversation petered out. I wish him well in his continuing journey.

My own journey resonates with what Lauren Winner describes: I am committed to wrestling with the story, not to getting the story in a final version that can be printed off or set in stone. Wm. Paul Young is correct when he observes that sacred waters can turn into land mines whenever we believe that we not only understand what is sacred and what is not, but also think we know where to draw sharp boundaries between the two. The more my faith evolves, the more it becomes a matter of orthopraxy (right action) than of orthodoxy (right belief). What if that is what Jesus intended all along? 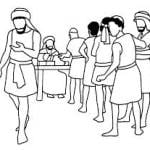 September 1, 2019
Jesus and the Compassionate Capitalist: A Reflection for Labor Day
Next Post 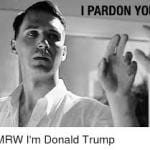